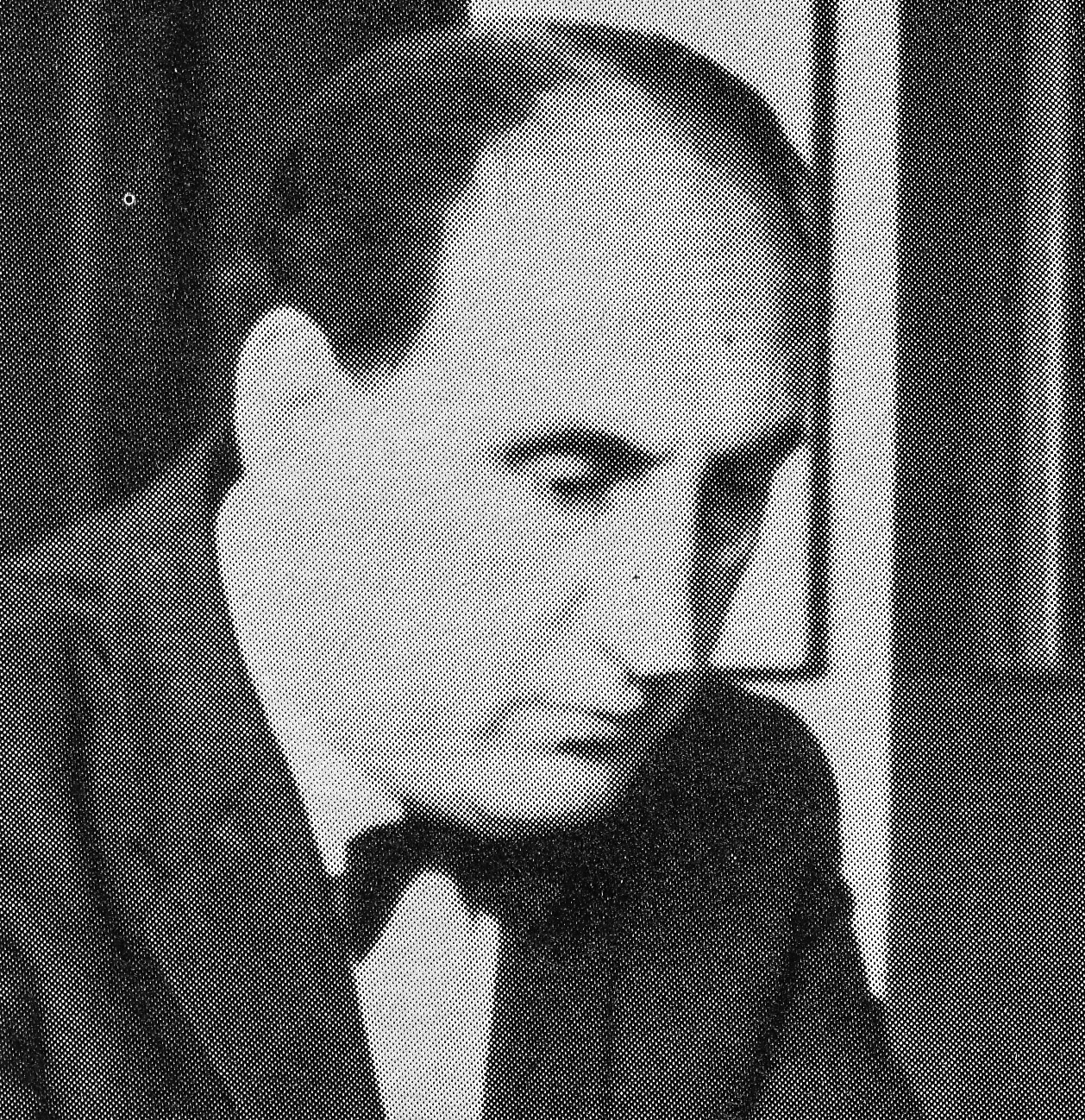 James Frederick Adams was born on September 4th, 1921 in Lambeth. His parents were James J Adams (DoB: 10th October 1884) who was a plumber’s mate and Lucy M Adams (née Ayres, DoB: 22nd December 1886). He had an older brother who was William A Adams who was also a plumber’s mate and and Uncle George T (DoB: 8th March 1882) who was the plumber who presumably had many mates.

At the time of the 1939 register James was a telephone operator.

“Whatever Happened to Human Effort?

I am giving up postal chess after 57 years for the reason that, like Jonathan Penrose and recently Nigel Short, I am increasingly disturbed over the increase in the use of computers in correspondence play. It is impossible to prove but one has the feeling that many opponents see nothing wrong in using a machine and I see no pleasure in having to bash one’s brains out against a computer. I am happy in the knowledge that I won my FIDE IM title long before dedicated chess computers were ever heard of. I shudder to think of the proliferation in the use of computers in a competition like the World CC Championship. I don’t wonder that Penrose objects.

Unfortunately, this is the sort of thing against which it is impossible to legislate. The BCCA has banned their use but it doesn’t mean a thing.

The latest monstrosity is where Kasparov plays a match against another GM and both are allowed to use computers whilst the game is in progress. To me, this is absolutely shocking. Dr. Nunn admits to the use of computers in the compilation of one of his books and I see that even ordinary annotators use a programme like Fritz to assist with their notes to a game. What happened to human effort?

Anyway, I have about five postal games left in progress and when they are finished I will call it a day.

So who was Jim Adams?

From British Chess (Pergamon Press, 1983) Botterill, Levy, Rice and Richardson we have this:

The smoke-laden atmosphere of the chess rooms of St. Bride’s Institute, in the heart of the City of London, could hardly be considered a positive encouragement to any ambitions to become an International Master, but certainly this was so in my case. Let me explain the sequence of events.

Face-to-face, or over-the-board chess, had been my main interest since my war-time days as a member of the Civil Defence. Passing time between air-raids led to the adoption of many pastimes and an absorbing game such as chess was ideal. Fortunately for me, one of my ambulance station colleagues was a very fine player named A. F. (Algy) Battersby, later to become General Secretary of the British Correspondence Chess Association.

He had spent the greater part of the First World War playing chess in the Sinai Desert and, with his tremendous experience, he brought to the game strategical ideas and tactical skills that, in those early days, were well beyond my comprehension.

‘Algy’ was kind enough to say some years afterwards that I was ‘the best pupil he ever had’, but whether this was true or not, he certainly passed on to me the theoretical groundwork that was to be so useful to me in later years. Among other books, he encouraged me to purchase the Nimzowitch classic My System, with the kindly warning that I would not understand it at first reading but would perhaps get some grasp of the ideas at a second or third attempt.

My System was a revelation to me and proved to be the greatest help to an understanding of the game that I had ever received. Up to my fortuitous meeting with ‘Algy’, my games had been of a simple tactical nature. Pieces were left en prise, oversights and blunders were the order of the day and an actual checkmate came as a surprise not only to the loser but often to the winner as well!

To win a game through sheer strength of position was completely unknown to me, but ‘Algy’ and Nimzowitch changed all that! Under their combined influence my general playing strength improved enormously and I was soon second only to ‘Algy’ in such tournaments as were held in my home town of Mitcham, where the local chess club was revived after the war.

Our club soon attracted a few strong players and we played regularly in county competitions and, later, the London Chess League. During those years chess was an absolute joy to me and all my spare time was spent at the local club or at chess matches, whilst Saturday afternoons were spent at the now defunct Gambit Chess Room, in Budge Row, where I passed countless hours playing chess, pausing only to order light refreshment from the indefatigable ‘Eileen’, a waitress of somewhat uncertain age who almost certainly regarded all chess players as raving lunatics!

The ‘Gambit’ could never have been a viable commercial proposition on what we bought and it was eventually thought necessary to introduce a minimum charge depending on the time of day. Gone for ever were the days when one could spend the entire evening playing chess, analysing, or having a crack at the local Kriegspiel experts, all for the price of two cups of tea and the occasional sandwich. Sadly, it all disappeared in the aftermath of the
war.

By 1950 I had become Match Captain of the Mitcham Chess Club and, of course, responsible for arranging various matches. Getting a team together was not difficult as the club membership was quite large for such a lowly club. The playing standard too was surprisingly high and whilst I, myself, was fortunate enough to win the club championship several times it was never easy.

On one occasion a ‘friendly’ match had been arranged with the BBC and all was well until a ‘flu epidemic a few days before the date of the match laid most of the Mitcham players low. On the morning of the match I was left with five players for a 1O-board match! As it was only a ‘friendly’ and in order to avoid disappointing all concerned I took myself off to the Gambit and recruited a few of the ‘regulars’ to help us out. It must be remembered that most of the strongest players in London frequented the ‘Gambit’ and since those pressganged into service were extremely strong players it seemed only courteous to give them the honour of playing on the top five boards, leaving the Mitcham ‘stars’ who, coincidentally, were our usual top board players, to bring up the rear.

Now this composite team, in my judgement, was probably good enough to win the London League A Division and it was no surprise when we won 10-0. Only a friendly indeed! Any Match Captain would have given his queen’s rook for such a team but, whilst the BBC players were warned beforehand of the composition of our team, they were not amused and further matches were not arranged!

Round about this time I was playing regularly in London League matches, nearly all of which were held at St. Bride’s Institute, where my story began. A non-smoker myself, I found the conditions intolerable. The place seemed to be completely airless and Government warnings about the dangers of smoking did not exist! not exist! Consequently, the entire playing area was reminiscent of the Black Hole of Calcutta! Always susceptible to headaches, I began to return home physically ill after every match. If this was playing chess for pleasure then something was wrong!

However, salvation was at hand. Ever since the war I had been playing a few games by post under the auspices of the BCCA (British Correspondence Chess Association ), and my somewhat traumatic experiences at St. Bride’s were beginning to make postal chess a far more attractive way of playing the
game. And so my chess career started all over again!

My correspondence chess activities up to the 1960s were not particularly successful, although I had managed to win three Premier Sections and finish
equal third in the British Correspondence Championship of 1962-63. However, during that time a group of BCCA players, of whom I was one, were
becoming somewhat dissatisfied with the Association’s attitude towards international chess and eventually a splinter group formed a rival organization which became known as the British Correspondence Chess Society.

The BCCS was, almost from the start, internationally orientated and it was possible to play foreign players, many of master strength. With strong opposition it seemed easier to improve and my first real success came in the Eberhardt Wilhelm Cup in 1966-67 when I was able to obtain the lM norm giving me a half=master title. However, gone were the days when a superficial analysis was enough before posting a move, which even if it was not the best, was generally good enough to hold one’s own with even the best of British CC players at that time. Fortunately for British chess, the situation is now vastly different and the strongest British CC players are recognized as being among the best in the world.

The Eberhardt Wilhelm Cup consisted of players all of master or near-master strength and it was in one of the games I played in this tournament that I played probably the most surprising move of my life.

To win the full IM title involved getting one more IM norm and happily for my prospects, I was selected for the British team in both the Olympiad Preliminary of 1972 and the European Team Championships of 1973.

Although I was trifle unlucky to miss the IM norm by half a point in the European Championship I finally clinched the coveted IM title in the Olympiad Preliminary which, although starting a few months before the European tournament, went on so long that I was in suspense long after the European games finished.

One of my most interesting games in the European Team Championship of 1973 was against F. Grzeskowiak, himself an IM and a feared attacking player.

Here is a discussion of James Adams on the English Chess Forum initiated by Matt Mackenzie (Millom, Cumbria)

Here is his entry on the ICCF web site.

Here is his entry from chessgames.com