An event every year that begins at 12:00 am on day 12 of September, repeating indefinitely 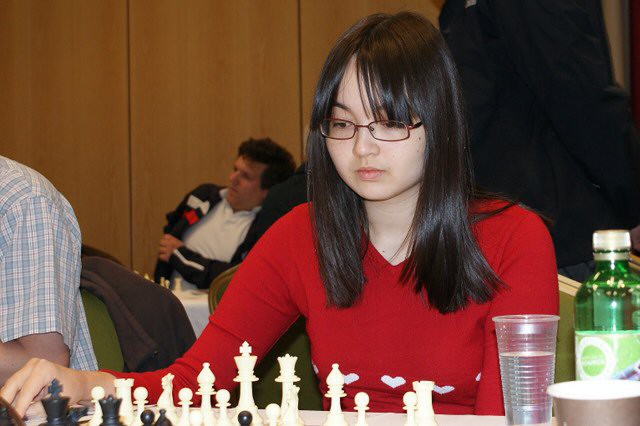 We wish happy birthday to WGM Anya Sun Corke on her birthday.

She became a woman’s Grandmaster in 2004.

As the second player Anya played the Sicilian Kan, French Rozentalis (3…Nc6) and the Grünfeld Defence.

She gave up competitive chess in 2014.

An almost miniature from the 2006 British Championship :

“Anya Sun Corke (born 12 September 1990 in California, USA) is an English chess player holding the title of Woman Grandmaster (WGM). She played for Hong Kong, where she was the top ranked chess player, until 2009.[1]

Corke earned the WGM title with her performance in the 36th Chess Olympiad, playing for the Hong Kong men’s team.[2][3]

In December 2004, she won the Asian Youth Girls U-14 Championship in Singapore.[7]

In August 2005, she jointly won with Alisa Melekhina and Abby Marshall the second annual Susan Polgar National Invitational for Girls under-19.[8]

Corke represented the England Women’s team at the 2012 Chess Olympiad in Istanbul, Turkey,[9][10] and the 2013 European Team Championship in Warsaw, Poland.[11]

In 2014, she started a Ph.D. program in Slavic Languages and Literatures at Yale University.”