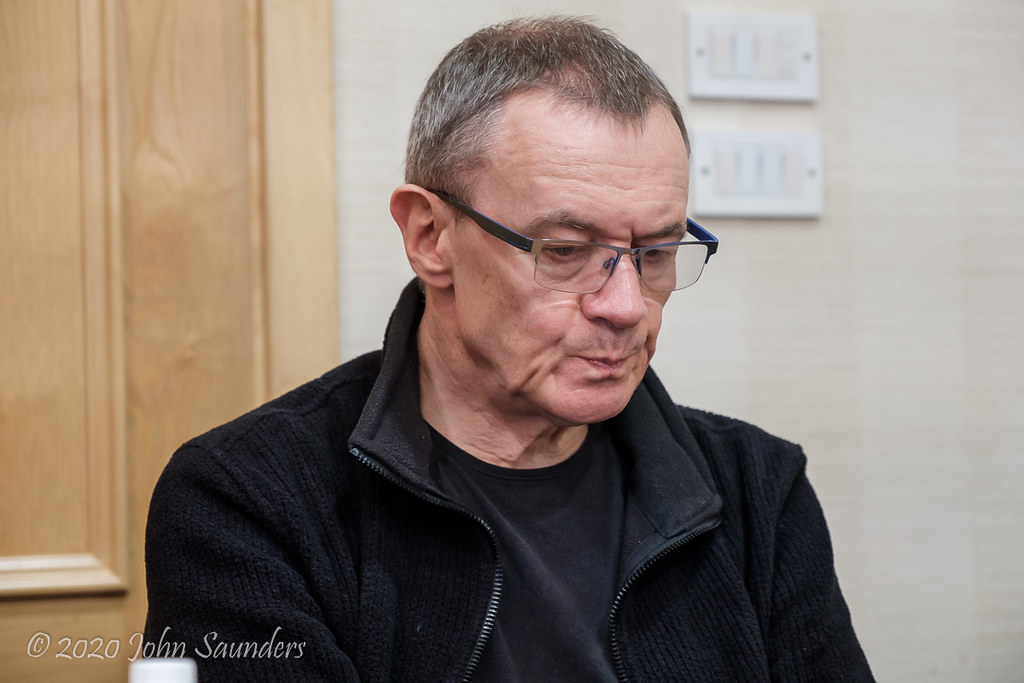 John Christopher Pigott was born in Croydon, Surrey and his mother’s maiden name was Fletcher.

In 1975 John was selected by the BCF junior selectors and travelled with Jonathan Speelman and Peter J Lee (Hampshire) to the 8th Biel International Open in Switzerland. Leonard Barden wrote in the October 1975 British Chess Magazine (the cover was of Geller and Smyslov) :

“17-year-old John Pigott’s 8.5/11 included wins against IM Kluger, IM Messing and the 1975 Budapest Champion Rajna and earned him 2,000 Swiss francs in prize money. The three English juniors who competed, Pigott, Speelman and Lee were chosen by the BCF junior selectors and travelled to Switzerland with the help of grant from the Slater Foundation and the London Chess Club.”

John represented England at the 1975 Anglo-Dutch match (25th and 26th of October) scoring 0.5/2 versus Paul van der Sterren. The game scores appear to either have been lost on not recorded.

After a sojourn from chess John returned to the ECF grading list in January 2015 with a grading of 269F attracting some attention.

With the white pieces John plays the Queen’s Gambit and the Giuoco Piano.

As the second player John enjoys the Sicilian Najdorf and the Nimzo Indian Defence.