An event every year that begins at 12:00 am on day 17 of July, repeating indefinitely 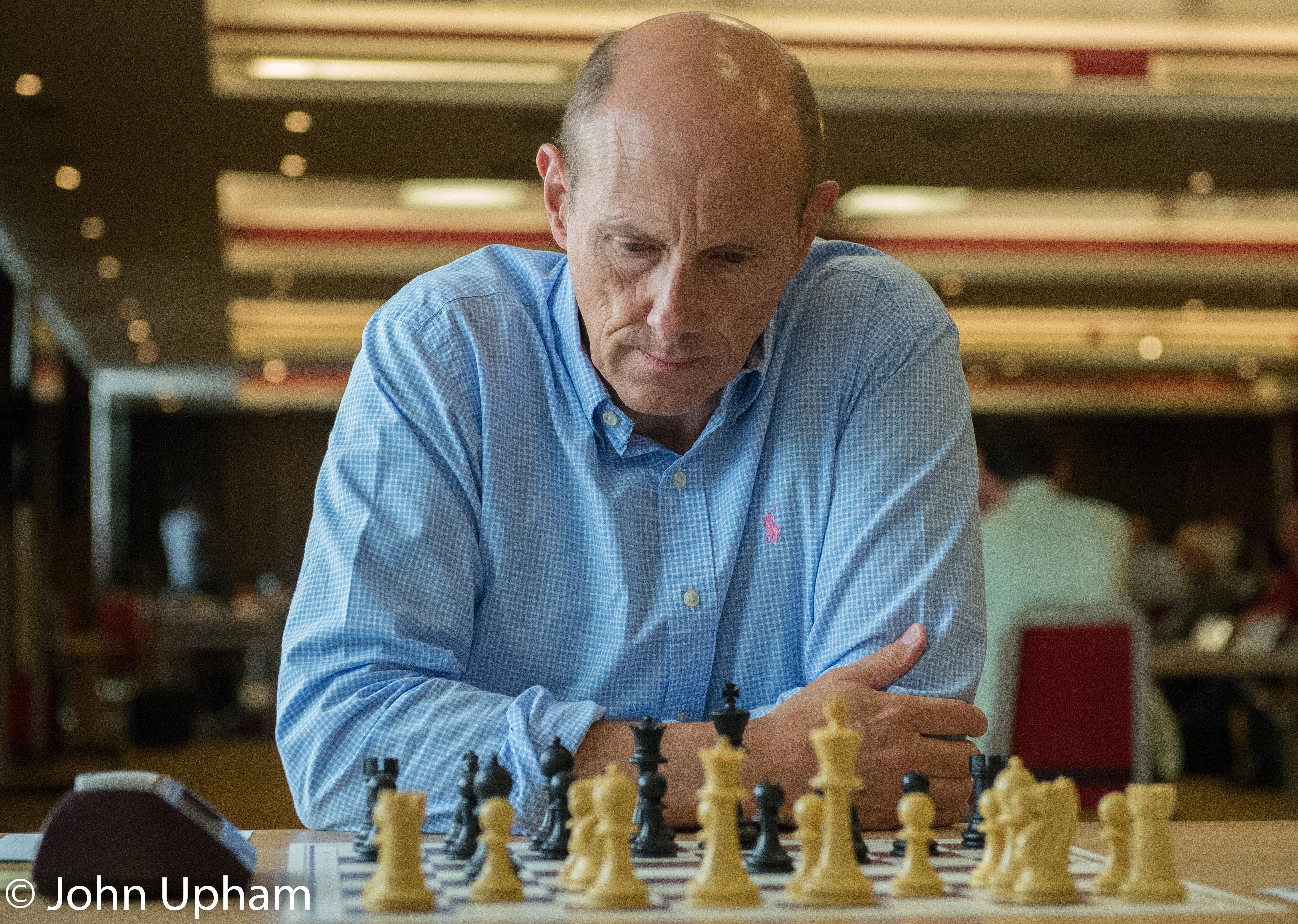 BCN wishes IM Nigel Edward Povah all the best on his birthday, July 17th in 1952.

Nigel was born in Wandsworth, London.

Nigel has played for Streatham & Brixton Club (see the Andrew Martin video below) and was part of this very strong London club which developed many original opening ideas.

Nigel was a strong opening theoretician and developed ideas in the Sicilian Lasker-Pelikan, Sveshnikov and English Openings amongst others.

Knightmare magazines are a valuable source of information about the club and it’s members.

Nigel started the highly successful 4NCL teams sponsored by his company Guildford A&DC (Assessment & Development Consultants) and the 4NCL team(s) are now run by Roger Emerson and Julien Shepley having taken a back seat since June 2017.

Nigel is married to Gill and has a daughter Lucy and a son, Jonathan.

In recent times Nigel has been playing more nationally and internationally and and has become a specialist in the Accelerated London System (with 2.Lf4) and is a regular on the International veterans circuit.

“Nigel Povah was for the majority of the seventies a chess professional. He mixed playing with teaching in various schools and also coached individuals. He is a BCF qualified coach. Danny King (our second youngest international master) and the late Ian Wells were two who clearly benefited from his teachings.

On the playing front he won numerous congresses including Hammersmith 1970, Paignton 1974, LARA 1974, Evening Standard 1974, LARA(again) 1978 and Charlton 1979. In 1975 he won the SCCU Championship and again in 1976. He first played in international tournaments in 1973 when as one of the weaker players in the tournament he produced excellent annotations for the bulletin, even for the games he lost. These were the first signs of becoming a chess writer. To date he has shared first place in four international tournaments Robert Silk 1976, Malta 1976, Malta(again) 1979 and Wijk aan Zee Master Reserves 1979. It can be seen that 1979 was a good year. He also shared 4th place in the British Championship and represented
England at senior level against Denmark in the same year.

His road to the lM title has been long and hard. On several occasions he got close to the norm requirement just to fail. At Lloyds Bank in 1978 and 1980 and Lewisham 1981 he got the necessary three norms. Had he then ceased playing (with an Elo of 23751 he would automatically have had the lM title confirmed at Lucerne in 1982. He however continued playing and became the victim of some complicated and, with respect, unfair FIDE regulations, and his title was delayed until 1983. Clearly had the General Assembly met between January 1982 and June 1982 he would have been awarded the title at least a year earlier!

He has written several books-Chess Training published by Faber, English:Four Knights Batsford, How to Play the English Batsford and was co-author of Sicilian: Lasker-Pelikan Batsford. These last three Batsford publications indicate his interest in current theory. Two of the games which follow- v Berg (see 16…Rb8) and v Speelman (see 12 NgS)certainly confirm this. The Streatham and Brixton club owe much to Nigel Povah in becoming one of the strongest clubs in the country. At one time an average second division side (London league) they have since won the league and been in contention more than once. For several years he was one of the main three organisers at the club and even today still continues to play for them and is currently their National Club match-captain although he now lives some twenty miles away in Guildford.

In 1979 he organised the First Regency International at Ramsgate. In conjunction with Ian Josephs (sponsor) and Bob Wade (controller) this has become a highly successful annual event.

Now married, his wife Gill presented him with a daughter Lucy shortly after the completion of the Regency International in 1982.

He now works for ICL as training consultant and limits his over the board chess to club chess for Streatham.

He has recently taken up postal chess and in 1983 after competing in the BPCF Jubilee he became a correspondence International Master.

He has a BSc in Psychology and an MSc in Occupational Psychology.”

According to Chess Training : “Two of his pupils were members of England’s victorious 4-man team in the World Under-16 team event.”