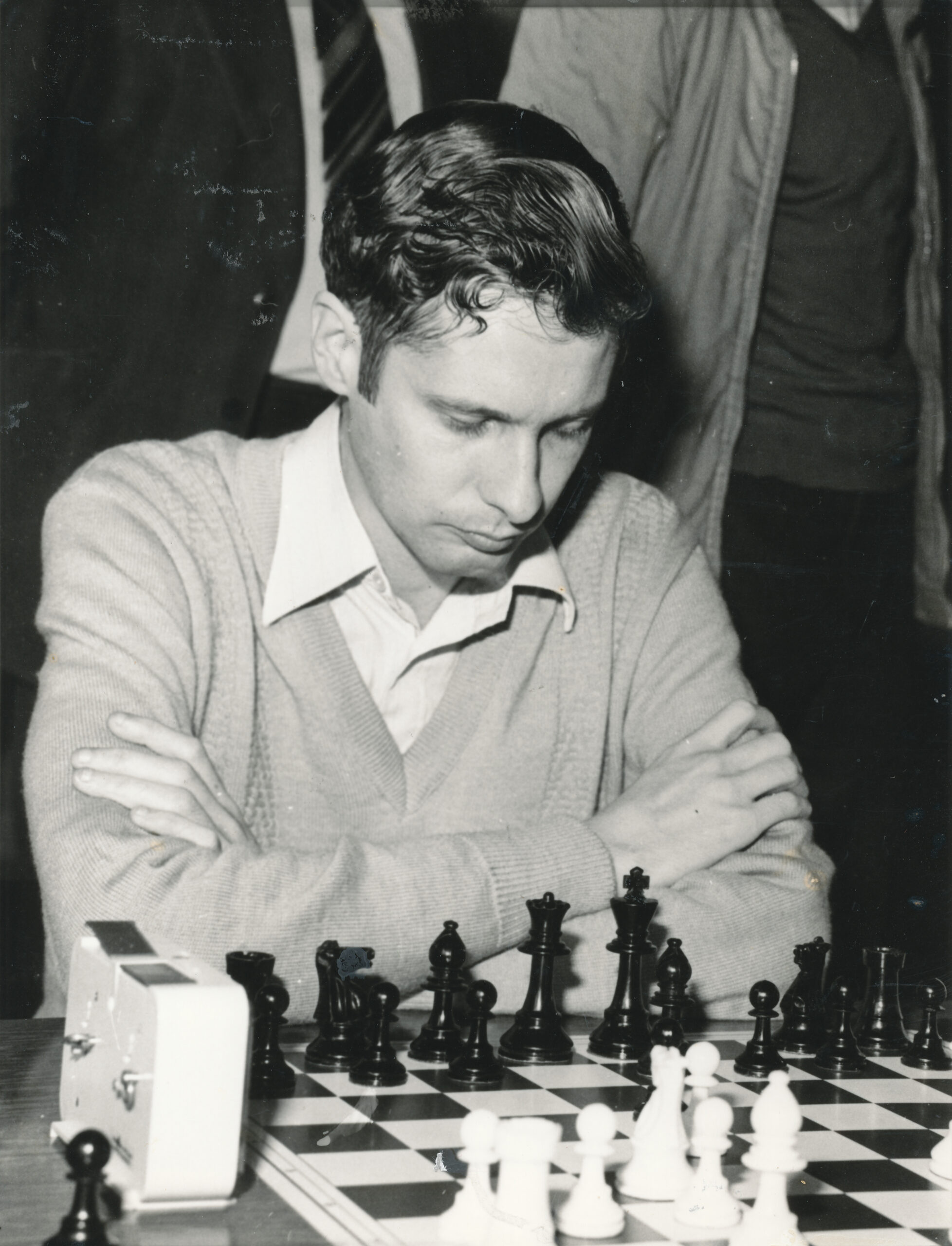 Maxwell Leonard Fuller was born on Sunday, January 28th 1945 in Sydney, New South Wales. He was brought up by his mother and, according to Ian Rogers, his step-father with whom he did not get on.

He was Australian Junior Champion in 1962.

Max came to England in late 1968 to play at Hastings and then chose to settle here. He played for Lewisham chess club. He won the Whitby Open in 1969 (See BCM, Volume LXXXIX, Number 8, page 264).

In the 1970s be played board one for Australia whilst maintaining a FIDE rating of 2450, and, according to chessgames.com : “Fuller finished equal second in the British championship in 1970 and 1975, winner of the Doeberl Cup three times, winner of the Australian Open three times, Joint Australian Champion 1972 with Trevor Hay and competed in nine Olympiads for Australia from 1964-1990. In 1974, he won the 101st Athenaeum Chess Club Jubilee tournament, held in London.”

Fuller returned to chess in 2004 after an eight-year absence and finished equal second in the 2004 and 2005 NSW championships.

According to IM Gary Lane : “Max had a heart attack and died on the day he was attending the funeral of his pal Peter Parr”

With the white pieces Max essayed the Ruy Lopez with a penchant for the exchange variation but nonetheless he was flexible and varied.

As the second player against 1.e4 he was versatile with a broad range of defences and likewise facing 1.d4/1.Nf3 he was difficult to prepare for.

“From Australia the saddest of news, the passing Maxwell Leonard Fuller (28 i 1945 Sydney – 27 viii 2013 Sydney). FM Max Fuller played in seven BCF Championships, 1969 -80. He later claimed the scalps of Short, Miles and Chandler. He was the most determined player imaginable and had the broadest of opening repertoires. (James Pratt)”

In this obituary from Ray Keene, Ray very thoughtfully provides a game in which Max loses to Ray.

Here is his Wikipedia article