An event every year that begins at 12:00 am on day 29 of November, repeating indefinitely 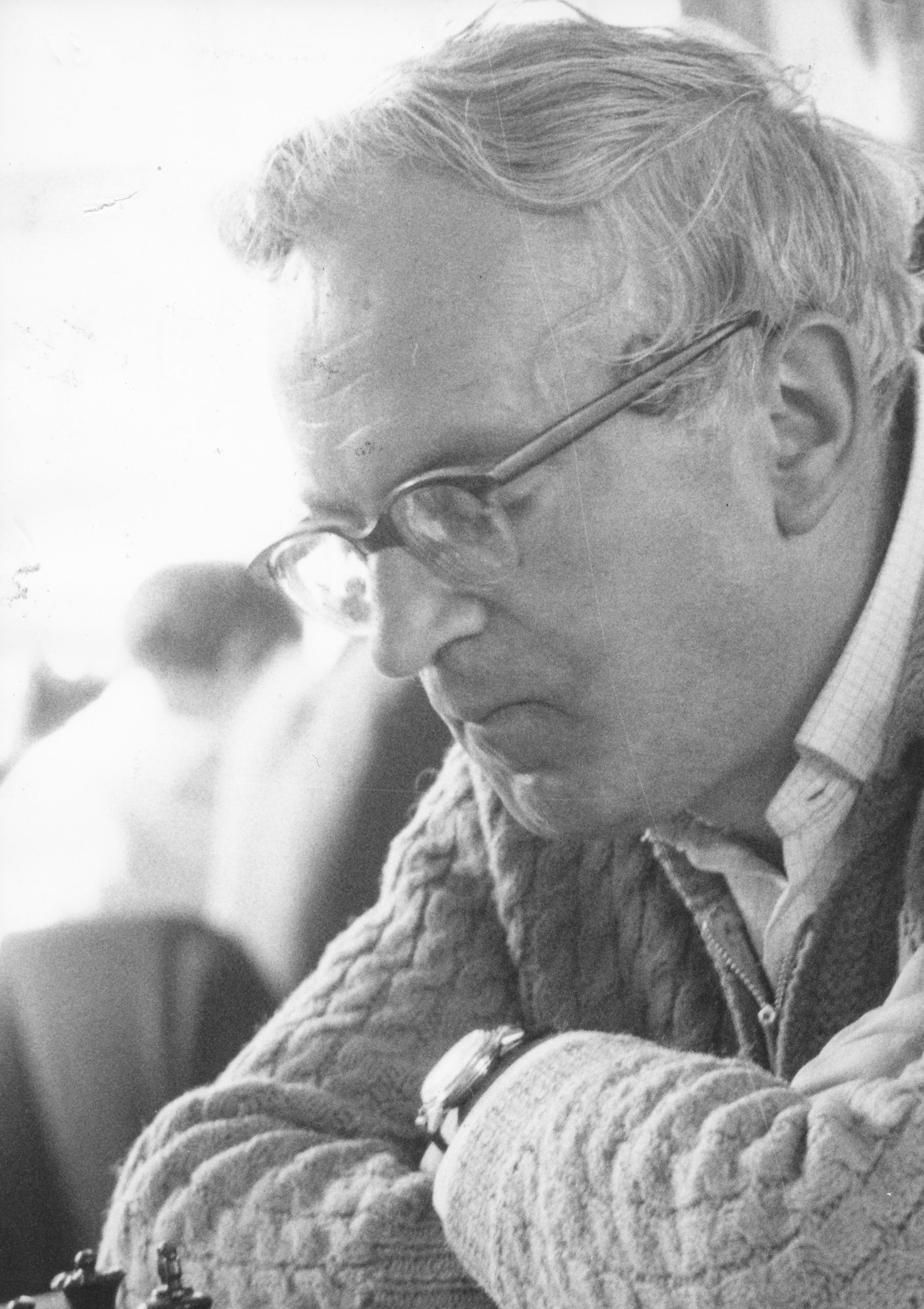 In the Foreword to the 2009 ECF Yearbook, President Gerry Walsh wrote :

“As I started this report I had just heard the sad news that IM Bob Wade had died aged 87. I first met Bob at one of the Whitby Congresses and in 1972 he played in the Teeside GM Tournament where I recall he beat the three Hungarian players Portisch, Bilek and Sax (ed : aged 51).”

“I received the sad news that Bob Wade passed away at the age of eighty seven. He played his last tournament in London in August. When I was young I read about his exploits as a chess player, and he was the arbiter in many important chess events. I met him in 1993 when I was the organizer of the first part of the match Karpov – Timman, played in The Netherlands in three different cities: Zwolle, Arnhem, and Amsterdam. He was the only member of the Appeals Committee and Bob was always present watching the games in the playing hall. He gave me invaluable advice about all elements of the match venues. It was very clear that he was an experienced chess player and arbiter, and I learned many things from him. May he rest in peace.”

From the Preface of The World Chess Championship : 1951 by Lionel Sharples Penrose we have :

“Mr. Wade is also passionately devoted to the game. Before coming to Europe, he was three times champion of New Zealand. He had played in tournaments in England but his chief successes have been on the Continent. At Venice in 1950, he obtained a high place in a very severe contest in which some of the strongest Russia, Czech, Dutch, French, Italian, North and South American players took part. Much of his time is occupied in chess organising and teaching. He is an acting vice-president of the F.I.D.É and in this official capacity he attended the match in Moscow, which is the subject of this book.”

Paul McKeown researched (and Simon Spivack asked permission to reproduce his words) the earliest part of Bob’s life as follows:

“On May 20th, 1919, Thomas Graham Wade, aged 27, Sergeant in the NZ Expeditionary Force, repatriated with honour from war-time service in Egypt, Gallipoli and France, married Amy Lilian Neave, aged 21, in South Dunedin. A New Zealander of Scots and English descent, his family was Graham from Montrose. The family name, Wade, came from Marshall George Wade, the soldier and engineer who led the Hanoverian forces against the Scots at the time of the 1745 Jacobite Rebellion and was immortalised in the original third verse of the British national anthem:

Lord, grant that Marshal Wade,
May by thy mighty aid,
Victory bring.

May he sedition hush and like a torrent rush,
Rebellious Scots to crush,
God save the King.

Robert Graham Wade, known in the Scots manner to his family as Robin, and later to his many friends as Bob, was their first child, born April 10th, 1921, at Dunedin. Over the next few years he was joined by sisters, Lilian, Agnes, Betty, June, his brother Ted and finally by his youngest sister Amy. The family lived for a number of years at Portobello.

At that time, Portobello was a scattered community of about 150 people with three shops and a pub on the Otago Peninsula. Bob attended Portobello Primary School, a small country school, finished “dux” or top of class, and then attended the King Edward Technical High School at Stuart Street in Dunedin.”

1239 in the French Defence, introduced by Wade in a match against Schmid in 1950.

Hooper & Whyld go on to write :

“New Zealand-born Robert Graham Wade (1921- ) won the championship of his homeland three times before moving to England as a young man, He won the British Championship twice and trained many English players.”

Aside from the two variations mentioned by Hooper & Whyld there are other Wade Variations :

which is the Pytel-Wade Variation of the Scandinavian Defence.

Bob Wade was born in New Zealand on 10th April 1921 and is a professional chess player. He has lived in England for many years and has played regularly for the British Chess Federation team in Chess Olympiads. He has played a prominent part in coaching schemes for juniors and is largely responsible for recent successes of English juniors in international events.

He is chess correspondent of Associated Newspapers and Independent Television News and editor of a series of books on Contemporary Chess Openings published by Batsford.

“International Master who was born at Dunedin, New Zealand, but came to live In England in 1946 and has represented both countries on different occasions. He has nearly always done well in British Championships and won the title in Chester in 1952 and again at Coventry in 1970. He had played for the British Chess Federation at the Olympiads of 1954, 1956, 1958, 1960 and 1962, winning the shortest game of the Varna Olympiad in that year in nine moves against Anton Kinzel of Austria

He played for the New Zealand team at the 1970 Olympiad at Siegen but returned to the BCF team at Skopje in 1972.

His best individual international results were a fifth place at Venice 1950 and again fifth at the Masters section of the Capablanca Memorial at Cienfuegos in Cuba in 1975. Possessor of a sharp clear-cut style of play, he once drew a match with the West German grandmaster Lothar Schmid with neither side drawing a game, though this was before Schmid received the grandmaster title.

He has done much valuable work in England teaching the young, and was responsible for the text of a highly successful television series in 1975.

From British Chess (Pergamon Press, 1983) we have this article from George Botterill :

“In the Birthday Honours list of 1979 Bob Wade was awarded the OBE for his services to chess. Few rewards can have been more thoroughly earned. For some reason, Bob has always been held in greater esteem abroad than in the country for which he has done so much. But the many players who have turned to him for advice or who have simply enjoyed his hospitality, which is always ungrudgingly available to fellow chess players, know the measure of his dedication to the game.

Wade was born in Dunedin, a third generation New Zealander of Scots and English ancestry. He started a a career as a civil servant in the Department of Scientific and Industrial Research. Having won the New Zealand Championship in 1944 and 1945 he was sent over to participate in the British Championship of 1946. The result was not exactly a success – a mere 3.5 points out of 11. But Bob was not to be disheartened so easily. Feeling he was capable of better things, he took leave of absence in 1947 and did the circuit, such as it then was, of chess tournament in Europe and North America.

When he returned to New Zealand he found that he had been transferred to another department in a civil service reorganisation. The new job was not so congenial. He stuck it out for 6 months – during which time he won the New Zealand Championship for a third time – and then handed in his resignation to take up the precarious life of a chess professional.

Settling in Britain he soon gained the IM title (ed : 1954). But even in those days when still a young man Wade did not concentrate exclusively on his own playing career. In 1949 he went to the FIDE congress and was one of the five people – the others were BH Wood, Ragozin, Zubarev and Rogarde – who collaborated on the writing of the official rules for the game.

He also served as a member of the commission that determined who the original holders of international titles would be. When you consider that Wade was also on the 1950 commission that decided the composition of the World Championship Interzonals, it becomes apparent that this man played a significant part in the shaping the structure of modern international chess.

Although rarely at the top in international tournaments, Wade was always a very dangerous player, capable on his day of beating anybody in the world. He won the British Championship twice at Chester in 1952 and at Coventry in 1970.

In recent years Wade has put his main energies into junior training and organisation and also into his work as the editor of Batsford’s highly productive and extremely successful series of chess books.

It is hard to say in what department one should place Wade’s greatest contributions to British Chess. Living through what is retrospect look to have been the Dark Ages of British chess – the 1950s and 1960s – he has demonstrated that even in a social and cultural environment that made playing chess economically ‘impossible’ profession to follow it was still possible to dedicate a life to chess, if one had the determination.

During those years he was really the only British Player who regularly active in international tournaments. Since then he has been constantly active as an author, editor and adviser, always working to transform Britain into a country more congenial to good chess.

But we suspect that he might regard this role as trainer and coach as the most important thing of all. He is, quite appropriately the British Chess Federation’s Chief National Coach.

If one had to choose a single best game from Wade’s whole tournament career, it would probably be this one.

John Saunders interviewed Bob at his Blackheath home and wrote this extensive article for the 1999 British Chess Magazine.

Wade was generally no more than a middle-ranking player in strong international tournaments. His other highlights against high-standard international-level competition include:

His detailed Wikipedia entry may be found here

Bob was an active author and wrote (or co-wrote) around 22 books as follows :