An event every year that begins at 12:00 am on day 26 of July, repeating indefinitely 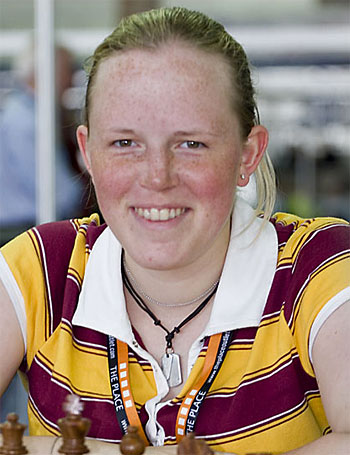 From Find A Grave by by Peterborough K:

A talented chess player since the age of 8, she also won the Women’s World Amateur Championship when she represented England in 1999 at the age of 11.

In a career that spanned over seven years she played in over 153 matches in such events as the Gibtelcom Chess Festival, the 7th European Championship, Ilsan 1st, 37th Chess Olympiad, Hastings Chess Congress, Hastings Master Op, Coventry Op, and the Gausdal Byggern Masters.

On July 26, 2006, while in Pardubice, Czech Republic, to play in the Czech Open, she mysteriously fell to her death from the balcony of her room on the eighth floor of the Hotel Labe. Gilbert was only 19 years old.”

Here is Jessie’s entry from Chessgames.com