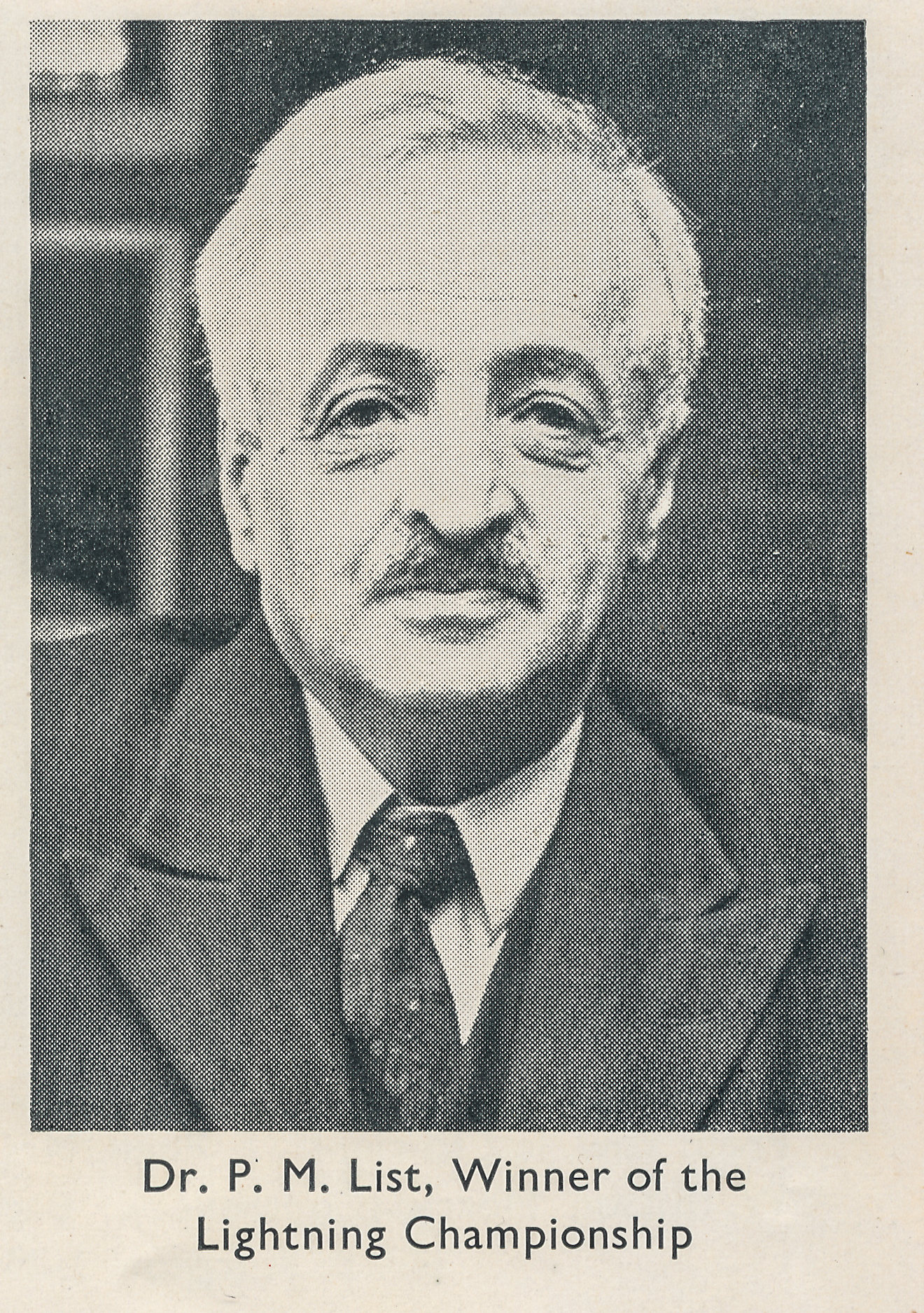 “Paul M List was born in Memel, Lithuania in 1887. After living in Berlin for many years, where he was manager of the bridge and chess rooms in a well-known café-restaurant, he came to this country in 1936.

He has competed in many tournaments, local and international. He, too, failed to get into the prize list in the recent London International Tournament, but he is a resourceful player, particularly in defensive positions.

His best performance was Berlin, 1925 where he came first, ahead of Richter. Since he came to this country he has become an art dealer, but chess is still one of his foremost activities.”

“Dr. Paul List, the British Lightning Championship winner a year ago (though he could not hold the title because he was not a naturalised Briton), died in London at the age of 66. A player of master strength, Dr. List left his native Russia for Germany in the 1920’s, and began on his second exile in 1938 when sought refuge in this country from Germany.”

“Sixty-five-year-old Dr. (not of medicine) Paul List, the oldest competitor, who settled in Britain about 1937 and has been thinking of becoming naturalised ever since, finished with a marvellous fifteen-and-a-half points out of a possible eighteen”