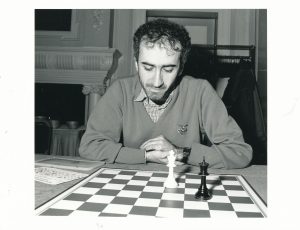 From Wikipedia (Dutch version) : Jonathan Levitt , Jon, (born in 1963) is a British chess player . In 1984 he became a FIDE International Master and in 1994 a FIDE Grand Master. GM Jonathan Levitt, photograph by Cathy Rogers Levitt wrote chess anecdotes on the (no longer existing) chess portal kasparovchess.com . He also … END_OF_DOCUMENT_TOKEN_TO_BE_REPLACED