An event every year that begins at 12:00 am on day 16 of March, repeating indefinitely 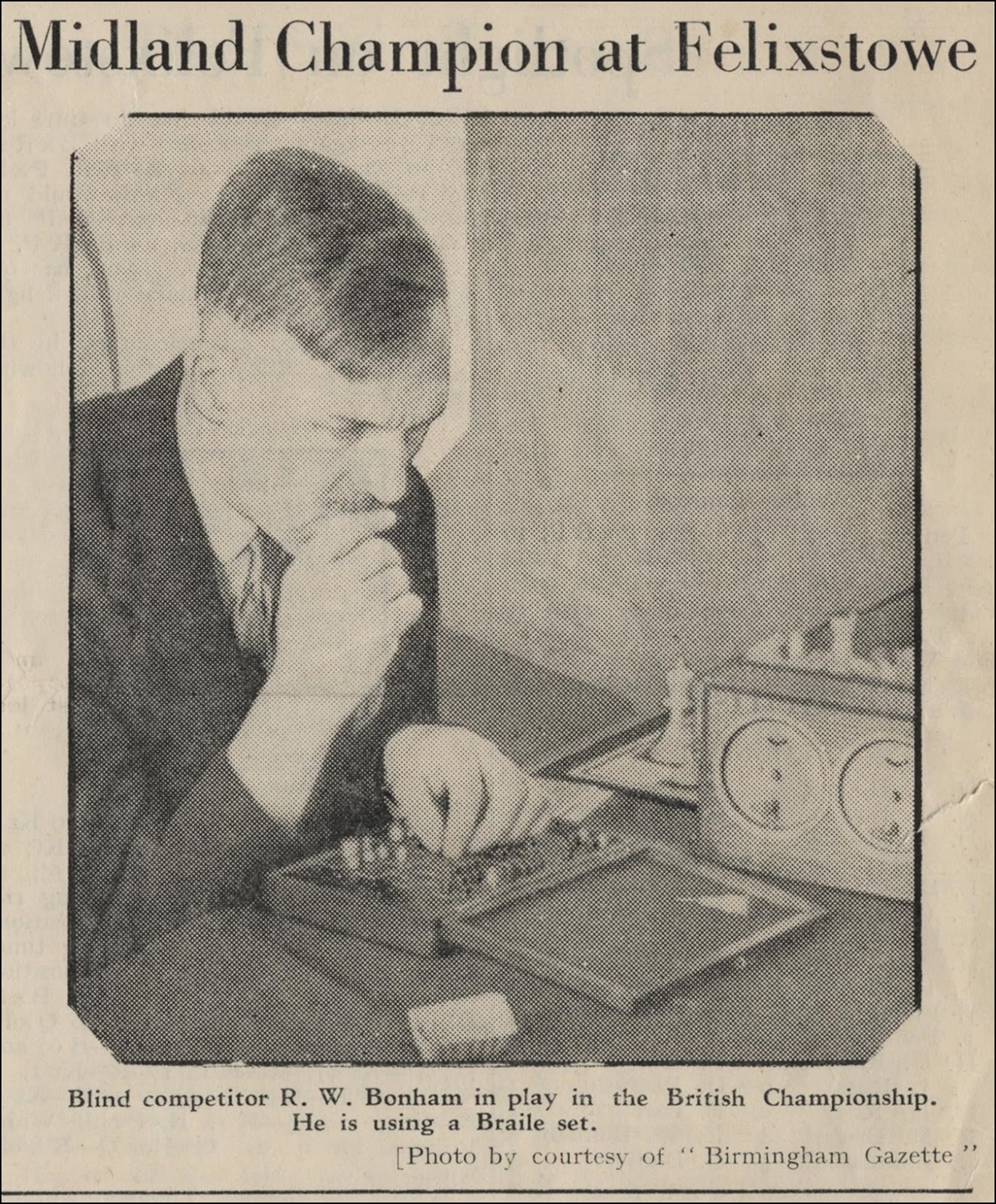 BCN remembers Reginald Bonham (known as “Bon”) who passed away, this day, March 16th in 1984 in Worcester, Worcestershire.

Reginald Walter Bonham was born on Wednesday, January 31st 1906 : the same day as the Ecuador–Colombia earthquake which measured 8.8 on the Richter Scale.

He was born in St. Neots, Huntingdonshire, Cambridgeshire.

Reg, like others in his family, suffered from deficient eyesight and was therefore unable to attend a “mainstream” school.

Reginald was a highly competant rower, competing for his college and reaching the trial stage for the Oxford Varsity crew.

In the 1939 census he was recorded as living at 4, St. Catherine’s Hill, Worcester, WR5 with his wife, Josephine Bonham (born 24th September 1904). Reginald was listed as being a Mathematics tutor at the Royal Worcester College for the Blind (originally Worcester College for the Blind Sons of Gentlemen) in Whittington Road, Worcester, WR5 2JX. The college is now named New College Worcester. Their home was around a mile from the College. Josephine was listed as carrying out “unpaid domestic duties”.

He taught a combination of Braille and mathematics and was an amateur thespian and keen bridge player.

Interestingly RWB in 1939 was an ARP (Air Raid Precautions) Warden and a St. John Ambulance volunteer for the College.

On June 6th 1947 Bonham played in Birmingham in a match between Great Britain and Czechoslovakia playing Ladislav Alster and won this attractive game :

In 1951 he founded the International Braille Chess Association (IBCA) and continued as its President for 23 years. The IBCA affiliated to FIDE in 1964. see http://www.schachkomet.de/ibcachp4.htm for historical detail.

“At the closing ceremony of the 4th Chess Olympiad for the Blind at Pula, Yugoslavia (April 6-18) the International Braille Chess Association awarded the title of Correspondence Grandmaster of the Blind to R.W. Bonham of Worcester, for having won the Postal Championship more than three times.”

“We regret to announce the death in March of two early winners of the grandmaster title (the other was Comins Mansfield MBE).

He was also active in postal play, taking part in international events in the decade after the war when few British players ventured “into Europe”. A note in the 1972 BCM (page 216) records the award of the title Correspondence GM of the Blind by the International Braille Chess Association, so his omission from the recent book British Chess seems rather unfortunate.

Among the titles won by Reginald Bonham were British Correspondence Championship, shared in 1947 with J. Cairncross and shared in 1951 with E. Brown) and Midland Champion (1947 and 1950).

Sadly, RWB did not merit articles in Sunnucks or Golombek’s Encyclopedias or Hooper’s and Whyld’s Oxford Companion or, as mentioned previously, British Chess.

Here is a short biography from Ray Collett and here is his Wikipedia article.

The Braille Chess Association has this entry in its Hall of Fame.