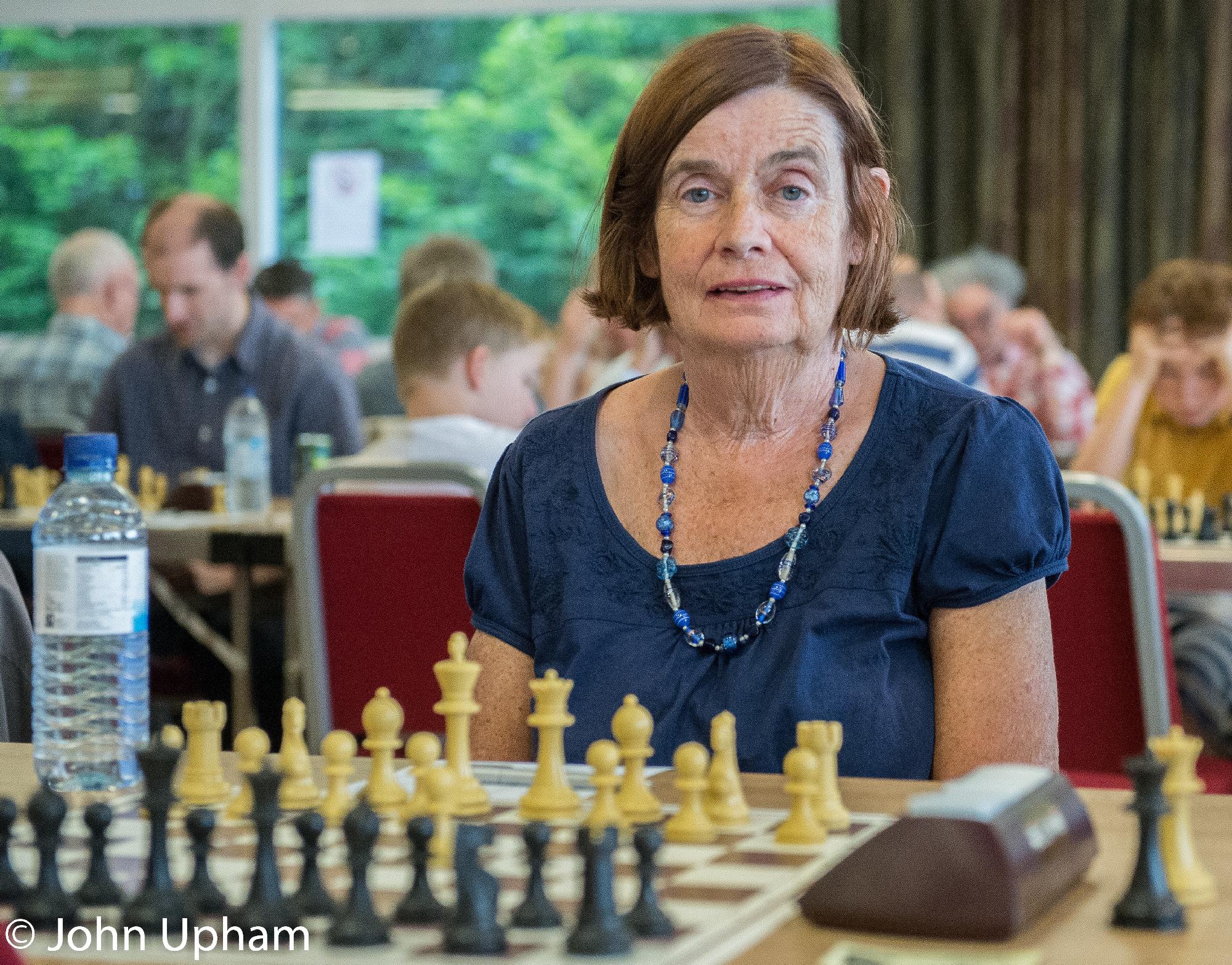 Dinah played on board three (i.e. 1st reserve) for England in the third FIDE Women’s Olympiad in Oberhausen, Germany in 1966 and in 1969 she played board 1 in Lublin, Poland.

She played in the 1968 Anglo-Dutch match on the Ladies board, which, at that time, did not count in the overall match result.

Now (1071) living in Northwood, Middlesex, she married Danny Wright in Westminster and in 1983 she married Ken Norman in Richmond.

Dinah has been a member of Crowthorne Chess Club and has played in the Berkshire League. She has represented 4NCL Iceni and Guildford in other competitions.

With the white pieces she has essayed the Colle-Koltanowki Opening for many years and as the second player she has played the Caro-Kann, Smyslov Variation and the Semi-Slav Defence.