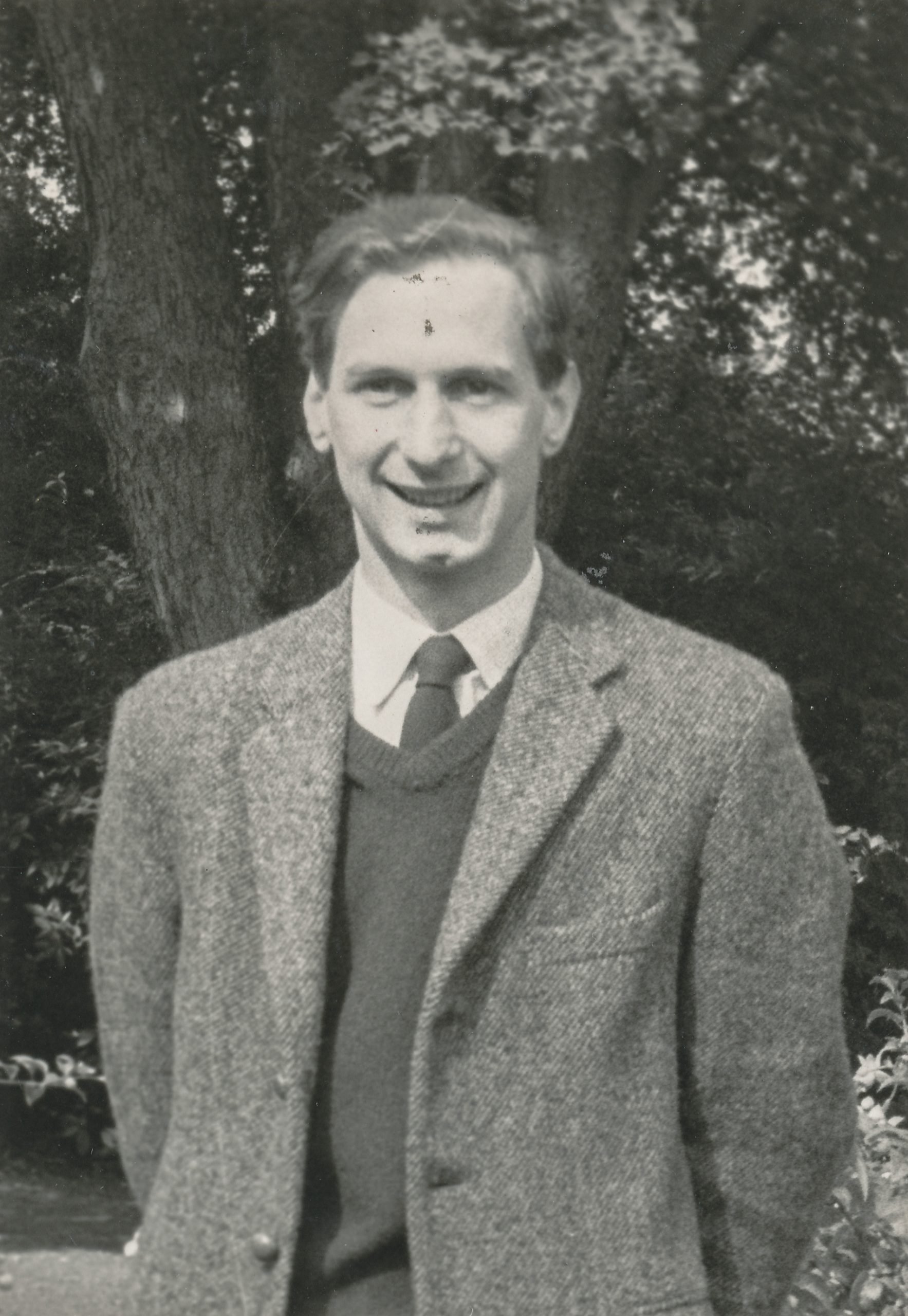 In the 1971 New Years Honours List Jonathan was made an Officer of the Order of the British Empire (OBE) The citation read “For services to Chess.”

“Penrose is one of the outstanding figures of British chess. Yet many who meet him may not realize this just because he is one of the quietest and most modest of men. Throughout the late 1950s and the whole of the 1960s he stood head and shoulders above any of his contemporaries.

His extraordinary dominance is revealed by the fact that he won the British championship no less than ten times (1958-63 and 1966-69, inclusive), a record that nobody is likely to equal in the future.

At his best his play was lucid, positionally correct, energetic and tactically acute. None the less, there is a ‘Penrose problem’: was he a ‘Good Thing’for British chess? The trouble was that whilst this highly talented player eff0ectively crushed any opposition at
home, he showed little initiative in flying the flag abroad. There is a wide-spread and justifiable conviction that only lack of ambition in the sphere of international chess can explain why he did not secure the GM title during his active over-the-board playing career.

It would be unjust, however, to blame Penrose for any of this. The truth is simply that he was not a professional chessplayer, and indeed he flourished in
a period in which chess playing was not a viable profession in Britain. But even if the material awards available had been greater Penrose would almost certainly have chosen to remain an amateur. For he was cast in that special intellectual and ethical tradition of great British amateurs like H. E. Atkins, Sir George Thomas and Hugh Alexander before him.

His family background indicates early academic inclinations in a cultural atmosphere in which chess was merely a game something at which one excelled through sheer ability, but not to be ranked alongside truly serious work. It is noteworthy that Penrose, unique in this respect amongst British chess
masters, has never written at any length about the game. He has had other matters to concentrate on when away from the board, being a lecturer in psychology. (His father, Professor L. S. Penrose, was a distinguished geneticist.)

Being of slight physique and the mildest and most amiable of characters, it is probably also true that Penrose lacked the toughness and ‘killer instinct’
required to reach the very top. Nervous tension finally struck him down in a dramatic way when he collapsed during play in the Siegen Olympiad of 1970. We
can take that date as the end of the Penrose era.

Since, then though he has not by any means entirely given up, his involvement in the nerve-wracking competitions of over-the-board play has been greatly reduced. instead he has turned to correspondence chess, which is perhaps the ideal medium for his clear strategy and deep and subtle analysis. So Penrose’s career it not over. He has moved to another, less stressful province of the kingdom of chess.

For the first game, however, we shall turn the clock right back to 1950 and the see the Penrose in the role of youthful giant killer.

“British international master and ten times British Champion, Penrose was born in Colchester and came from a chess-playing family.

His father and mother both played chess and his father, Professor Lionel Sharples Penrose, in addition or being a geneticist of world-wide fame, was a strong chess-player and a good endgame composer. Jonathan’s older brother Oliver, was also a fine player.

Roger Penrose won the Nobel prize for physics in 2020.

Jonathan learnt chess at the age of four, won the British Boys championship at thirteen and by the time he was fifteen was playing in the British Championship in Felixstowe in 1949.

A little reluctant to participate in international tournaments abroad, he did best in the British Championship which he won a record number of times, once more than HE Atkins. He won the title consecutively from 1958 to 1963 and again from 1966 to 1969.

He also played with great effect in nine Olympiads. Playing on a high board for practically all the time, he showed himself the equal of the best grandmasters and indeed, at the Leipzig Olympiad he distinguished himself by beating Mikhail Tal, thereby becoming the first British player to defeat a reigning World Champion since Blackburne beat Lasker in 1899.

A deep strategist who could also hold his own tactically, he suffered from the defect of insufficient physical stamina and it was this that was to bring about a decline in his play and in his results. He collapsed during a game at the Ilford Chess Congress, and a year later, at the Siegen Olympiad of 1970, he had a more serious collapse that necessitated his withdrawal from the vent after the preliminary groups had been played. The doctors found nothing vitally wrong with him that his physique could not sustain.

He continued to play but his results suffered from a lack of self-confidence and at the Nice Olympiad of 1974 he had a wretched result on board 3, winning only 1 game and losing 6 out of 15.

Possibly too his profession (a lecturer in psychology) was also absorbing him more and more and too part less and less in international and national chess.

Yet, he had already done enough to show that he was the equal of the greatest British players in his command and understanding of the game and he ranks alongside Staunton, Blackburne, Atkins and CHO’D Alexander as a chess figure of world class.”

“The leading English player during the 1960s, International Master (1961), International Correspondence Chess Master (1980), lecturer in psychology. Early in his chess career Penrose decided to remain an amateur and as a consequence played in few international tournaments. He won the British Championship from 1958 to 1963 and from 1966 to 1969, ten times in all (a record); and he played in nine Olympiads from 1952 to 1974, notably scoring + 10=5 on first board at Lugano 1968, a result bettered only by the world champion Petrosyan.

In the early 1970s Penrose further restricted his chess because the stress of competitive play adversely affected his health.”

“He turned to correspondence play, was the highest rated postal player in the world 1987-9, and led the British team to victory in the 9th Correspondence Olympiad.”

Here is a discussion about Jonathan on the English Chess Forum

Jonathan Penrose was born in Colchester on 7th October 1933, the son of Professor LS Penrose, the well-known geneticist, who was also a strong player and composer of endgame studies.

The whole Penrose family plays chess and Jonathan learned the game when he was 4. At the age of 12 he joined Hampstead Chess Club and the following year played for Essex for the first time, won his first big tournament, the British Boys’ Championship, and represented England against Ireland in a boy’s match, which was the forerunner of the Glorney Cup competition, which came into being the following year.

By the time he was 17 Penrose was recognised as one of the big hopes of British Chess. Playing in the Hastings Premier Tournament for the first time in `1950 – 1951, he beat the French Champion Nicholas Rossolimo and at Southsea in 1950 he beat two International Grandmasters, Effim Bogoljubov and Savielly Tartakower.

Penrose played for the British Chess Federation in a number of Chess Olympiads since 1952. In 1960, at Leipzig, came one of the best performances of his career, when he beat the reigning World Champion, Mikhail Tal. He became the first British player to beat a reigning World Champion since JH Blackburne beat Emmanuel Lasker in 1899, and the first player to defeat Tal since he won the World Championship earlier that year. Penrose’s score in this Olympiad was only half-a-point short of the score required to qualify for the International Grandmaster title.

His ninth victory in the British Championships in 1968 equalled the record held by HE Atkins, who has held the title more times than any other player.

Penrose is a lecturer in psychology at Enfield College of Technology and has never been in a position to devote a great deal of time to the game. He is married to a former contender in the British Girls Championship and British Ladies’s Championship, Margaret Wood, daughter of Frank Wood, Hon. Secretary of the Oxfordshire Chess Association.

Penrose was Southern Counties Champion for 1949-50.

Sadly, there is no existent book on the life and games of Jonathan Penrose : a serious omission in chess literature.