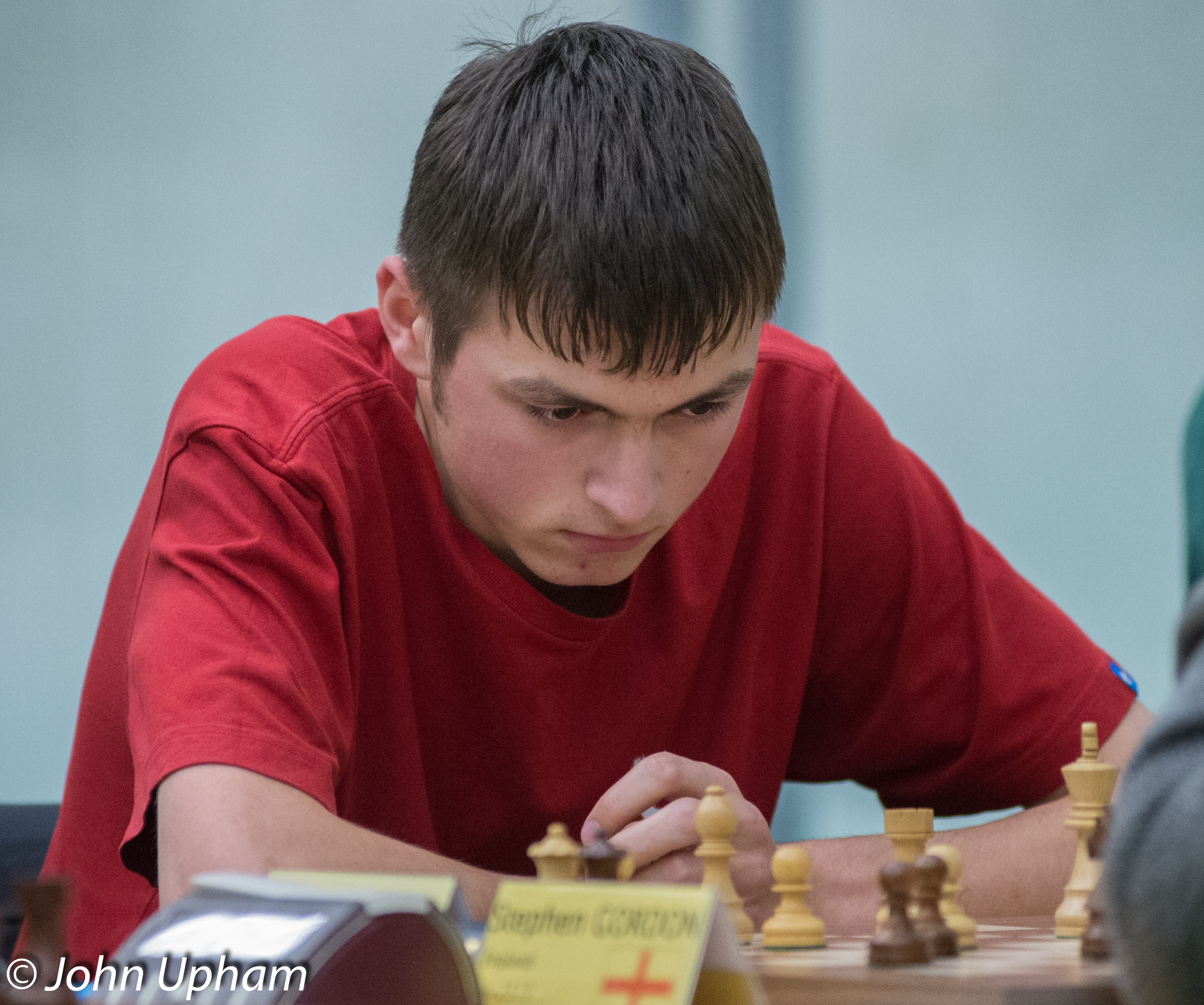 BCN wishes Happy Birthday to FM Marcus Ross Harvey born on this day (Wednesday, July 24th) in 1996. Killing Me Softly by the Fugees was top of the hit parade.

Marcus was born in Oxford and attended The Marlborough School, Woodstock, Oxfordshire and then (in 2014) at The University of Southampton he studied mathematics.

Marcus first played in the British Championship in 2011 (Sheffield).

Originally playing for Oxford he now plays for Wood Green in the Four Nations Chess League (4NCL) and Southampton University in the Southampton League.

In 2014 Marcus won the title of “Strat” (the overall Terafinal winner) of the 2014 Delancey UK Chess Challenge at Loughborough Grammar School.

In 2019 he was =1st (with Mark Hebden) in the 4NCL Easter Open in Stevenage. Later that year Marcus was losing semi-finalist (to Gawain Jones) in the London Classic Blitz Knockout.

Marcus, on home ground, won the 43rd Kidlington Open in 2020 and followed this with and is the current 2020 English Online Blitz Champion beating IM Andrew Greet, FM Jonah Willow, IM Ameet Ghasi and IM Andrew Horton in the final.

In the Pro chess league he represents UK Lions.

On 6th November 2019 we reported that Marcus had obtained his second International Master norm at the recent (October 2019) Hull 4NCL International Congress by scoring 4.5/9 with wins over IM Andrew Greet and IM Richard Palliser.

On July 17th 2021 Marcus was joint winner with IM Peter Roberson in the 1st Chessfest Decode Rapidplay with an impressive 6/6 and a TPR of 2911.

and the classical French and the Nimzo-Indian Defence.

It is clear that Marcus is now easily of IM strength and surely is a strong candidate for England’s next Grandmaster.