An event every year that begins at 12:00 am on day 9 of January, repeating indefinitely 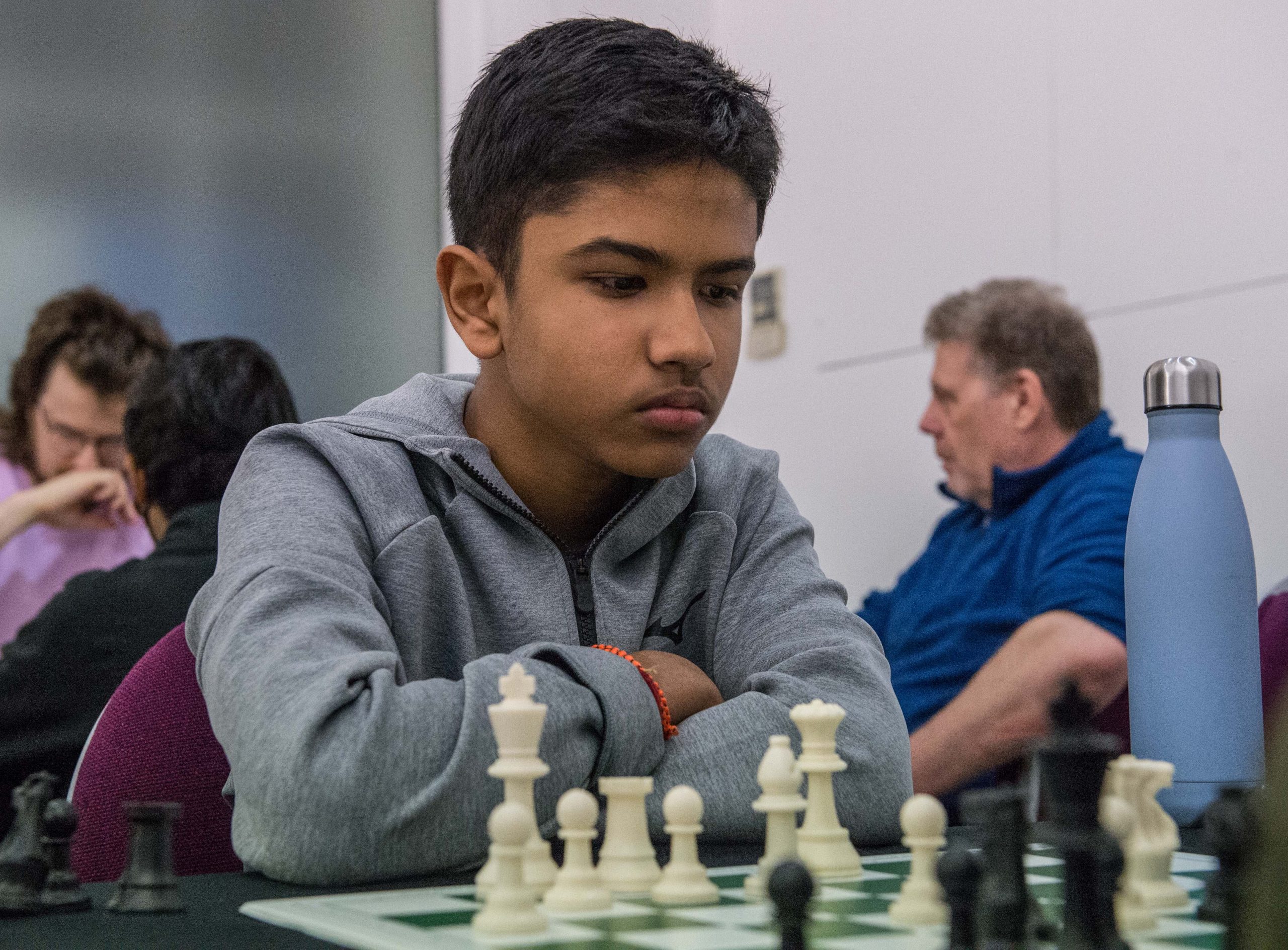 BCN sends birthday wishes to FM Shreyas (known as “Shrey” by his friends) Royal born on Friday, January 9th, 2009. “Hallelujah” by Alexandra Burke was number one in the UK hit parade.

Shreyas attended The Pointer School in Blackheath, London, SE3 whose motto is “The Lord is my Shepherd”.

In October 2021 BCN secured an interview with Shreyas via his father Jitendra and below is mostly from that interview:

BCN: What caused his initial interest in chess and at what age?

His initial interest in chess was capturing or as he used to call it ‘eating’ pieces but as he grew more mature, he loved that there were so many possibilities in chess, so much still left to explore! At the Age of 6 he learnt and got an interest in chess.

BCN: Has Shreyas had any chess teachers or coaches?

BCN: Which chess clubs and/ or Teams does Shreyas represent?

He represents SV Erkenschwick from Germany and Wasa SK from Sweden for online events as he has joined them during the pandemic. He started his 4NCL career with KJCA Kings in January 2019 but now mainly represents Wood Green which he has played for in online events in and will also represent them in the upcoming 4NCL weekends.

His first appearance in Megabase 2022 comes from the 2015 British Under-8 Championship in Coventry, the eventual winner being Dhruv Radhakrishnan.

Progress from those early days has only been interrupted by school examination breaks and the Covid pandemic:

In August 2016 in Bournemouth Shreyas scored an impressive 6/6 to win the British Under-8 Championship.

BCN: What was his first memorable tournament success?

This was the 2016 European Schools Under-7 championship where he was runner-up without any preparation or work on chess!

In 2021 Shreyas was awarded the FM title by FIDE:

BCN: Which chess players past & present are inspirational for him?

BCN: What are his favourite openings with the White pieces?

He plays 1.d4 pretty much all the time.

MegaBase 2020 has 294 games with 1.d4 and one solitary 1.g3 from March 2021. The 1.d4 games feature main line Queen’s Gambit / Catalan type positions championing 5.Nge2 against the King’s Indian Defence and the exchange variation against the Grunfeld.

BCN: and what are his preferred defences as the second player?

Really depends on what they play, against every opening he has got one or two lines which he enjoys equally.

Megabase 2022 informs us that Shreyas defends the main line Closed Variation of the Ruy Lopez and main line Giuoco Piano. Previously he essayed the Sicilian Najdorf.

BCN: Does he have any favourite chess books?

Not really as he is not such a big fan of chess books, but he likes My 60 Memorable Games by Bobby Fischer. Fundamental Chess Endings and Encyclopedia of Chess Combinations.

BCN: Which tournaments are planned for 2022?

We have pencilled in a couple of norm and Open (France, Spain, Germany etc.) tournaments in European countries.

BCN: What are his favourite subjects outside of chess?

His favourite subjects outside chess are Science, History, Maths with Science as his favourite, History as his second favourite and Maths as his third favourite.

He does Football, Cricket and a bit of Lawn Tennis.

BCN: What are his plans and aspirations for the future?

To become a world chess champion one day, but it’s very expensive to even get to the level of IM! Currently we are looking for sponsors who can help support Shreyas to get there.

and from more recent times: