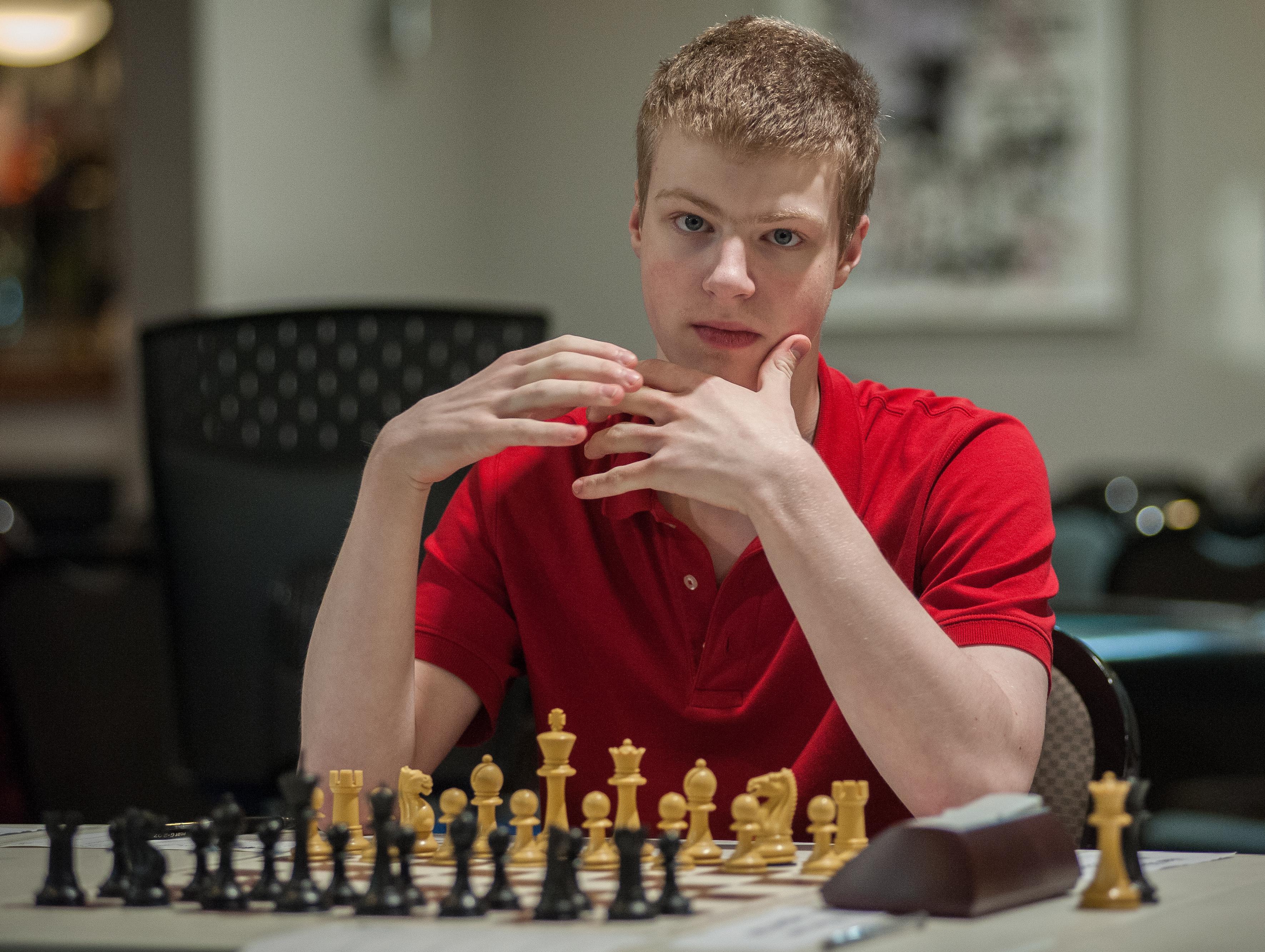 Alan Baxter Merry was born on Friday, November 8th, 1996 in Bury St. Edmunds, Suffolk. His mother’s maiden name is Guymer. Alan has a younger brother James Clayton Merry (born 1999). James is also registered with Suffolk CCA but have never had a published grading or rating.

and has won further events since including the Kingsley Healthcare Great Yarmouth Congress in 2018.

Alan plays for Suffolk County Chess Association and in 4NCL started with Anglian Avengers, then the ADs and finally moving to Barbican in the 2015/16 season. His current ECF grading is 237A for standard-play and 236A for rapid-play. His FIDE standard play rating is 2427.

With the white pieces Alan has a varied repertoire favouring (unusually) the Four Knights game.

As the second player he champions the French Winawer and the Modern Benoni.