An event every year that begins at 12:00 am on day 8 of October, repeating indefinitely 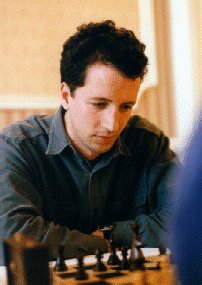 Michael Thomas Hennigan was born on October 8th, 1970 in Hammersmith, London. His mother’s name was Donnelly.

He became a FIDE Master in 1990 and an International Master title in 1991 and in the same year was British Under-21 Champion at Eastbourne and was British Champion in 1993 in Dundee beating Dharshan Kumaran in the play-off.

He played for North West Eagles in the Four Nations Chess League.

Michael stopped playing in 2010 but has recently in 2020 started playing online chess on the chess.com platform.

Michael is a Senior Director with FTI Consulting

With the white pieces Michael used to be an e4 player but in 2020 has switched to 1.g3 to get back into the swing of things.

As the second player he plays the Sicilian Four Knights and the King’s Indian Defence.