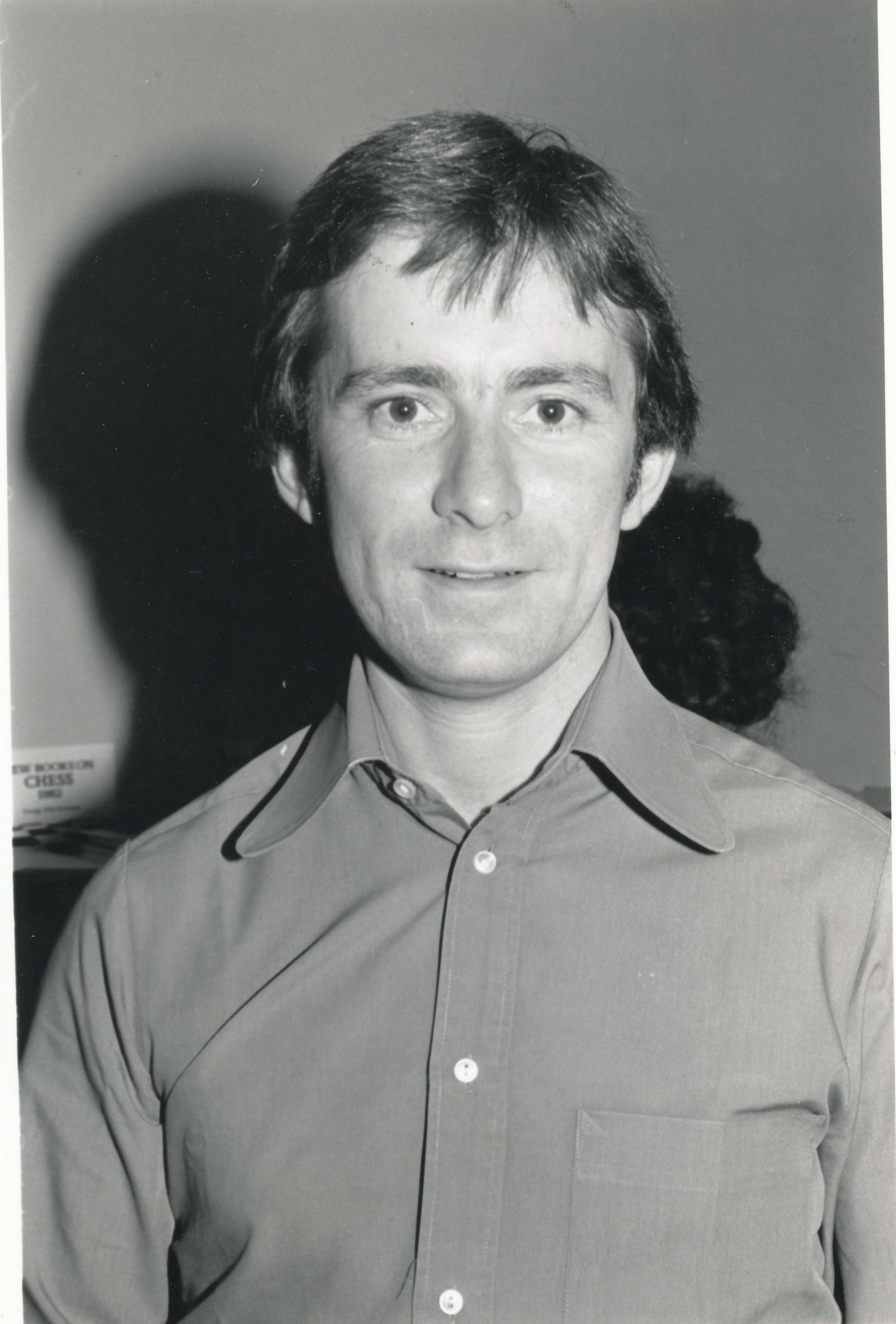 BCN wishes IM Jeff Horner, all the best on his birthday.

Jeff played for Poulton-le-Fylde Teacher Training College and is registered for Lancashire CA.

His most recent ECF grading was 233E in January 2017. His last recorded game was played on June 30th 2018 and was a win with black versus Andrew Ledger graded 227.

Jeff played 1.e4 playing 1.g3 once against Graham Lee and winning and the Trompowski once against Murray Chandler and losing. In recent years he favoured the Wormald (Alapin) Attack in the Ruy Lopez.

With the black pieces Jeff defended the main line Ruy Lopez and the King’s Indian Defence.

“A pity we don’t have more games here by this gifted attacking player, arguably the most respected amateur in the North of England. 220 BCF/2300+ for about 30 years, he’s beaten a string of grandmasters, but his best stuff probably occurs in weekend congresses, hence we don’t have enough recorded. I hope there are many such players in the world whose respect for the game and other players shows more of the quality of a true chess black belt than that of some of the more famous. Off the board he’s a schoolteacher, and presumably a pretty inspiring one, to judge by his infectious love of chess and the encouraging words he invariably has for opponents. I’ve had the pleasure of playing Jeff a few times and… let’s just say that The Day of My Revenge will surely come.”

According to David Norwood :

“There have been so many headlines about Britain’s 12-year-old chess prodigy, David Howell, that it nice to turn our attention to someone at the other end of the spectrum. Perhaps few readers will have heard of 53-year-old Jeff Horner- unless, that is, you have played on the north of England chess circuit, where Jeff has been dominating events since before I was born. My first meeting with Jeff was at Bolton Chess Club at the age of six, but it was another ten years before I fancied my chances against him. And it wasn’t just me who feared him. Few indeed were the top players who travelled “Up North” and got the better of Horner.”

The above photograph was recovered from The Bolton News

which goes on to write :

“IT’S hard enough challenging a world champion to a game of chess, but to then say you’ll do it blindfold is bordering on the ridiculous.

But that’s exactly what Jeff Hormer from Radcliffe did back in 1993.

Teacher Jeff’s showdown with Luke McShane, the world under-10 chess champion from London was the main attraction at a two-day chess festival held at Bolton’s Moat House.

Jeff, 43, faced off against nine-year-old, Luke, with a thick black cloth placed over his eyes.

The youngster had full view of the board, but Mr Horner was forced to play with the aid of an assistant who placed his pieces and let him know the moves Luke was making

Jeff’s amazing memory and powers of concentration coupled with his greater experience proved too much for the young chess champion.

And despite the handicap of the blindfold, he beat the world champion relatively easily..

It ended up being one of the few matches that Luke McShane lost as he gained international recognition as a chess prodigy.

Aged just 16 he became the youngest British chess player to be awarded the title of Grandmaster by the International Chess Federation in 2000 and now, although he works as a trader in the City of London, Luke is regarded as the best amateur chess player in the world.

Jeff Hormer was a long-standing member of Bolton chess club and was renowned for his ability on the board, often taking on – and beating – internationally-renowned players.

He famously beat British Grand Master Tony Miles, who himself had only recently defeated the reigning world champion Anatoly Karpov.

“I still remember Tony Miles, fresh from his historic victory against World Champion Anatoly Karpov, stopping off at the Blackpool Open. Miles had become a legend overnight but nobody bothered to tell Jeff, who calmly trounced him just as he would us. Two weeks ago David Howell had to play Jeff Horner in Blackpool. Both players needed two wins from their last two games to earn an international master (IM) result. Would it be Britain’s youngest new IM or our oldest new IM?”