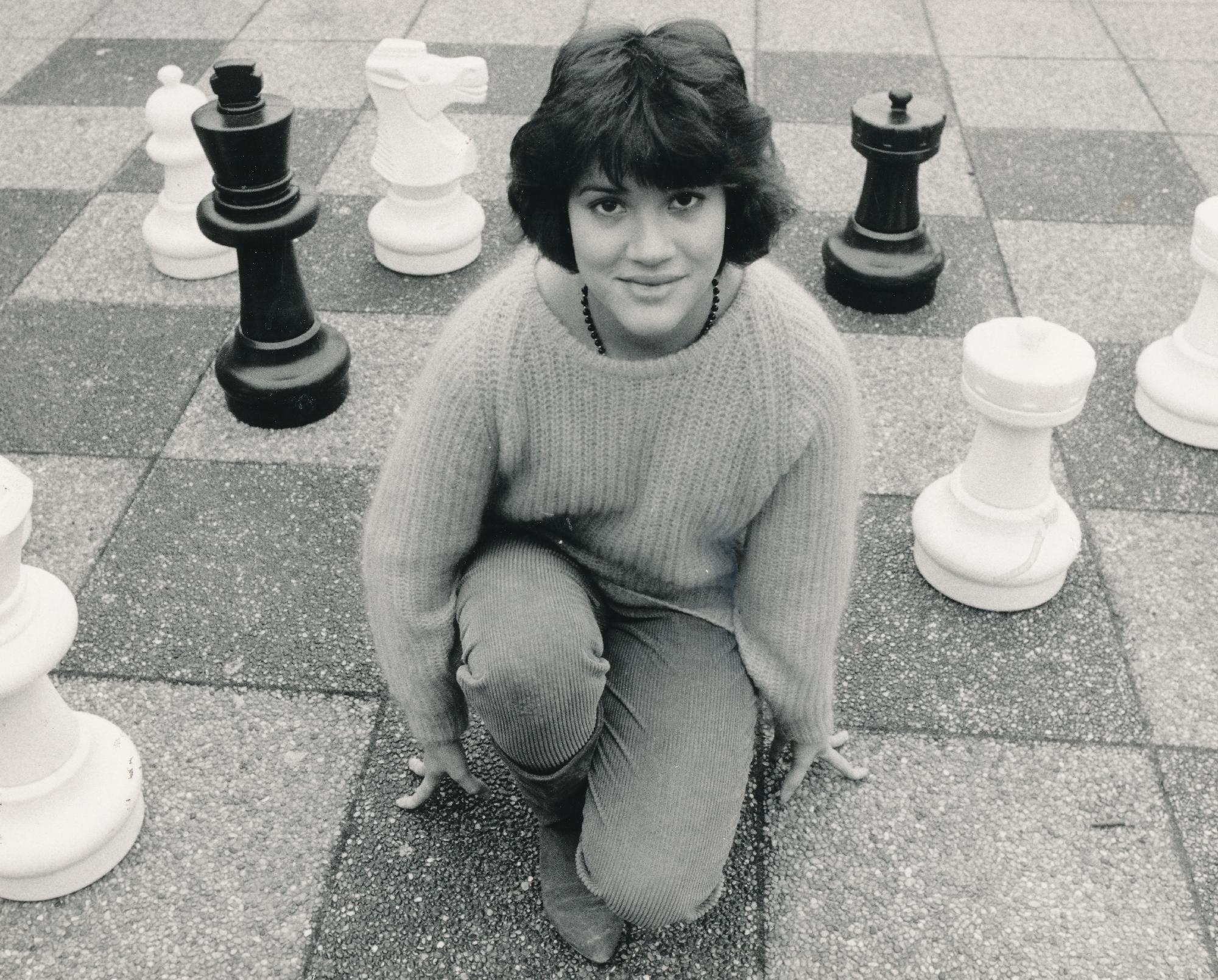 Mandy Allison S. Hepworth was born in Scunthorpe, (now) Humberside (but at the time Lincolnshire) on Tuesday, March 12th 1968 to Neville Ian Hepworth and Alice Hepworth (née Ma). Neville was a Computer Manager and Alice Ma was originally from Singapore. The family moved to “Mulgoa”, The Fleet, Fittleworth, Pulborough, RH20 1HS, West Sussex.

She attended Westergate Comprehensive and Community School where Peter Barton coached both the boys and the girls teams.

From The Bognor and Arun Chess Club Archive we have :

“One particular junior, Mandy Hepworth, came to notice. In the British championships at Brighton in 1980 she came first equal in the girls under-14 competition. Peter Barton also organised some external competitions and from 1981 for a few years he organised young masters’ tournaments at the Westergate School after receiving sponsorship from the Amey Roadstone Corporation. ”

From The Bognor Regis Observer we have :

Westergate girls were chess queens in 1980

This group of girls had every reason to smile ‘“ they had just pulled off the school chess world’s equivalent of David v Goliath.

“It was January 1980 and they all attended Westergate Comprehensive and Community School and had just beaten the mighty Dorothy Skinner High School, in Brighton, to qualify for the final of the Sussex Girls under-16 chess championships.

The team’s captain, Mandy Hepworth, who was just 11-years-old at the time, was lauded by the school’s chess teacher as “one of the hottest properties in junior chess”.

His name was Peter Barton and, according to the report published in the Observer on January 25 1980, he had masterminded something of a chess resurgence at Westergate.”

Some 50 youngsters at the school were playing chess proficiently and 10 of them were girls.

Even though junior chess was somewhat dominated by boys at the time, Mr Barton was confident his girls could deal with any challenge thrown at them by anyone – and he had high hopes for Mandy.

He told the paper: ‘For a girl she has remarkable ability and we would hope to enter her for the British junior championships later this year.

In the past it has always been a boys’ game but, if you can catch the girls when they are young and keep their enthusiasm, there is no reason why they cannot go on to become masters.’

Does anyone know if the girls won the final? Did Mandy make it to the British junior championships?”

In 1985 she played in the Eileen Tranmer Memorial in Brighton. All the players resided in the same guest house. The event was organised by Ray Keene. Mandy was 4th with a TPR of 2296.

In 1986 she represented England in the Women’s Olympiad (Dubai) and scored an excellent 75% on the Reserve Board.

In 1988 she played at the Oakham Young Masters and had a tough time scoring 2.5/9

In October 1988 she travelled to Adelaide, Australia to play in the World Under-20 Girls’ Championship.

Following that we have no further information. It would appear (perhaps you can help?) that Mandy gave up competitive chess and did not play again.

We end with this against an experienced opponent :