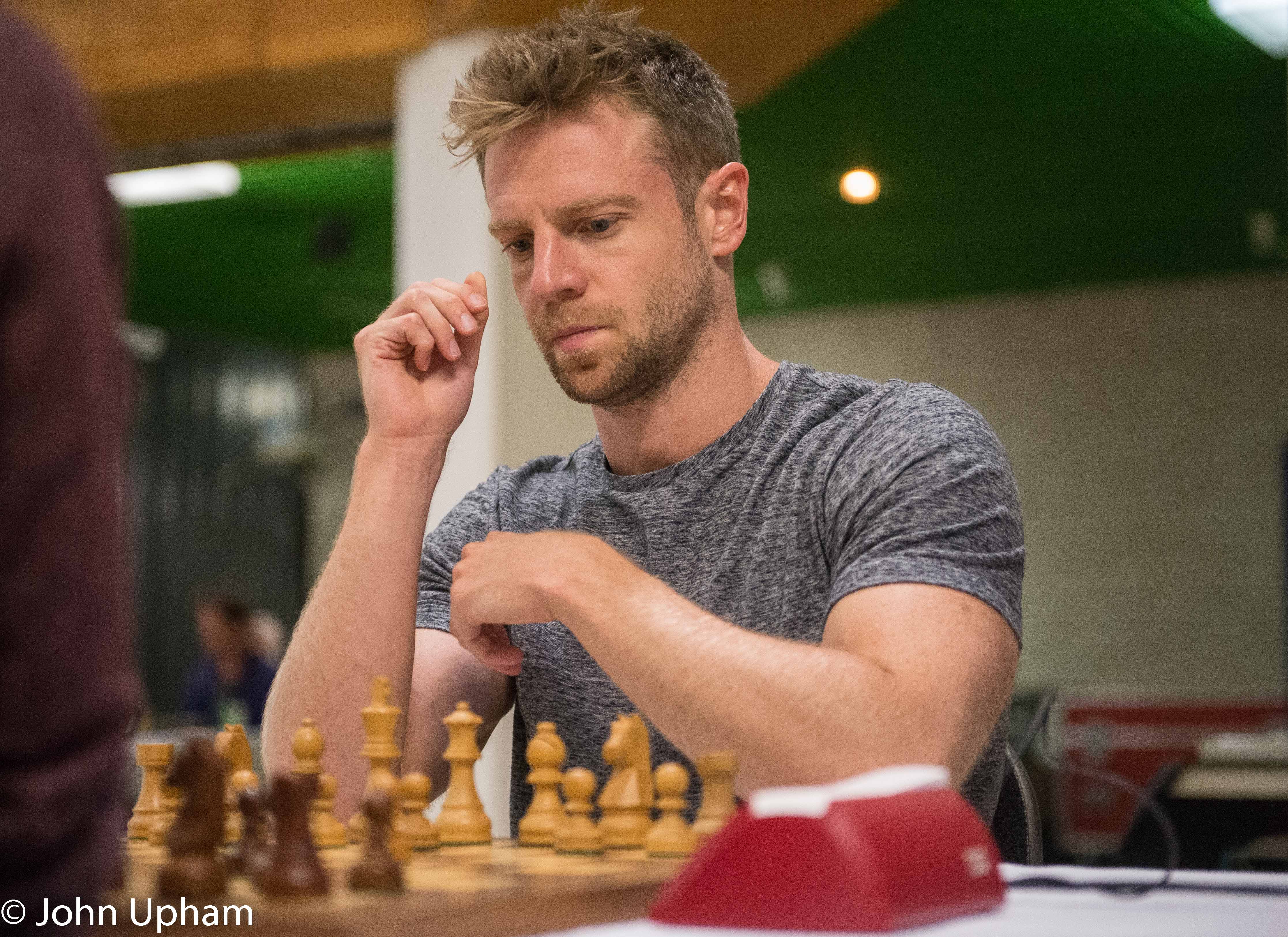 We wish Stephen Gordon all the best on his birthday, this day (September 4th) in 1986.

Stephen John Gordon was born on Thursday, September 4th 1986 in Oldham, Lancashire where he has lived since.

He attended The Blue Coat School in Oldham

In 2012 he shared first place with Gawain Jones in the British Championships in North Shields.

With the White pieces Stephen almost always plays 1.d4 aiming for a Queen’s Gambit and other main lines.

As the second player, Stephen plays the Sicilian Najdorf and the Nimzo-Indian Defence.

In September 2004 he took a break from his A-level studies at The Blue Coat School, Oldham to compete in the thirteenth Monarch Assurance Isle of Man International.

In 2005, while still a FIDE Master, he finished 6th in the British Championships ahead of a Grandmaster and several International Masters.

At the EU Individual Open Chess Championship held at Liverpool in 2006, he led the tournament after eight rounds and finished a very creditable (joint) second, a half point behind winner Nigel Short and level with Luke McShane among others.

Probably his best result to date however, was second place in the 2007 British Championship, narrowly losing his share of the lead in the final round. In previous rounds, he defeated both tournament victor Jacob Aagaard and previous champion Jonathan Rowson.

By 2008, his rating had reached grandmaster level, although the title itself had not yet been secured. At the British Championship in Liverpool, he almost repeated his performance of the previous year, by taking a share of third place. He was the British under-21 Champion each consecutive year between 2005 and 2008. He became a grandmaster on 1 August 2009.

He has been one of the co-presenters of the chess podcast The Full English Breakfast since its inaugural show in October 2010.”