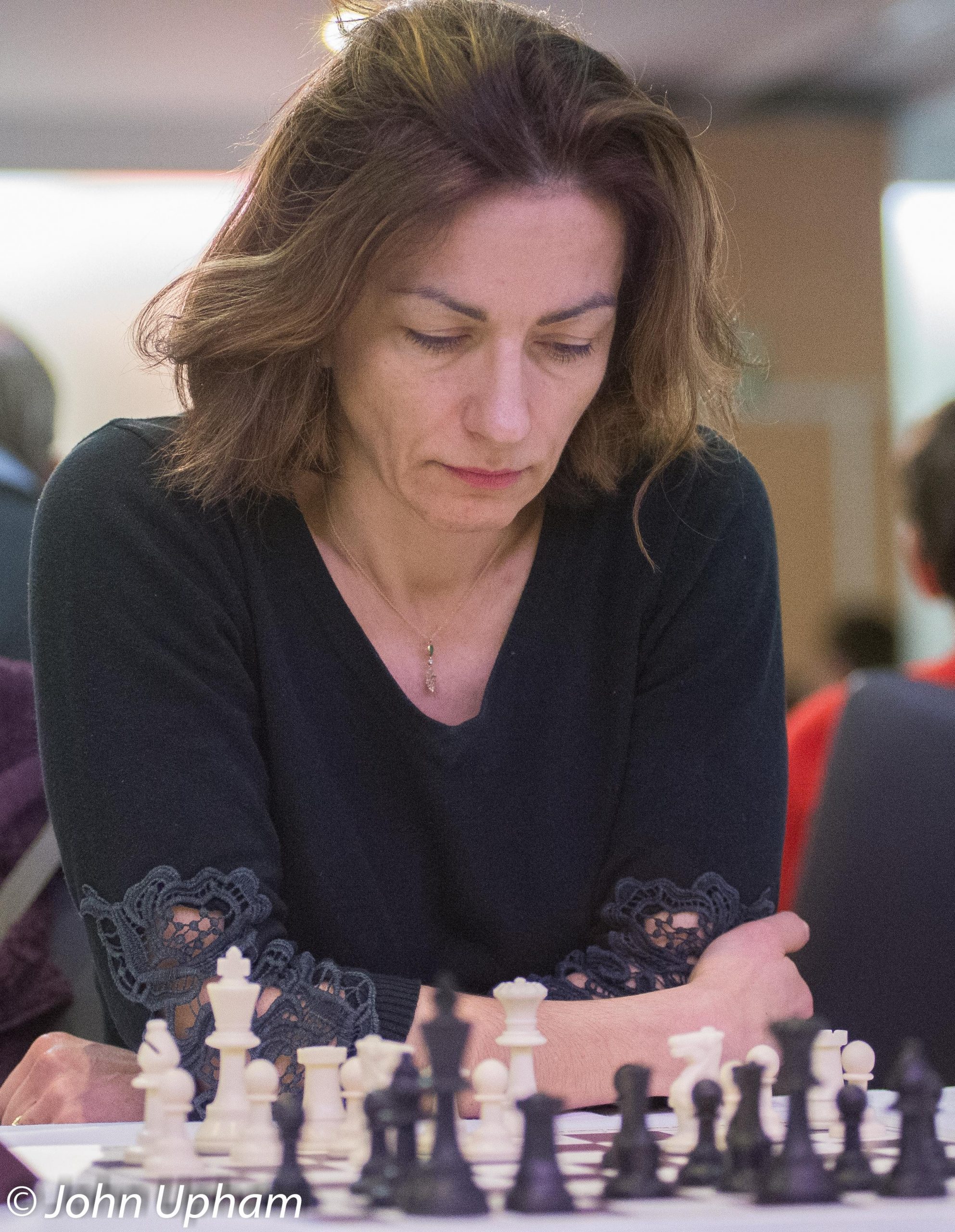 Rita Zimmersmann was born on Thursday, December 25th 1969 in Hungary.

She became a Women’s International Master in 1992.

Rita has played for the Cambridgeshire CCA and 4NCL Blackthorne Russia.

She was =1st in the Budapest Women’s IM tournament securing a norm.

With the white pieces Rita both 1.e4 and 1.d4 playing open Sicilians, the Trompowsky Attack and the Accelerated London System.

As the second player she plays the Sicilian Four Knights, the Modern Benoni and recently, the Czech System.

In 1997 Rita relocated to England and played in her first 4NCL weekend for Slough. She married IM Michael Hennigan and settled in London.

By 2014 Rita had transferred to Blackthorne in the Four Nations Chess League and had become Rita Atkins.

In the last few years Rita has become active in the field of chess education and has combined her interests of mathematics and chess especially in the teaching of children. She has presented at various London Chess Conferences and works with John Foley within ChessPlus.