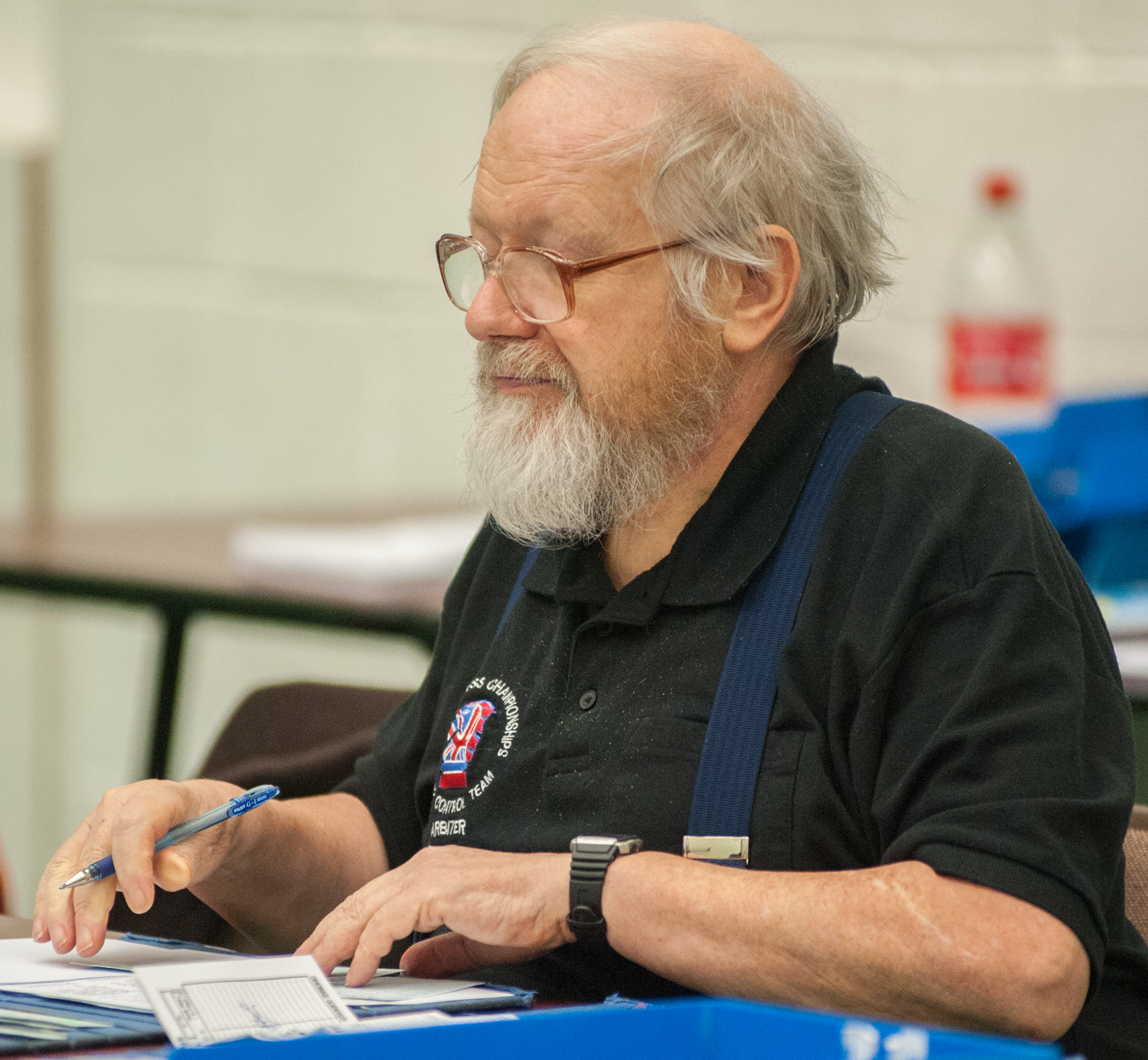 Just over a year ago today we learnt the sad news that popular longtime Arbiter and Organizer David Welch had passed away at the age of 74 after a long illness : he was being cared for in The Royal Liverpool Hospital. The funeral took place at Landican Crematorium, Arrowe Park CH49 5LW at 12 noon on Friday 6th December. Following the funeral, the wake took place at the Grove House Hotel, Grove Road, Wallasey CH44 4BT.

He played for Wallasey Chess Club for many years having initially been a member of Liverpool Chess Club.

In 1968 David and Peter Purland started teaching at the same Liverpool school (Liverpool College) on the same day and continued their friendship from there. David also ran the college scout troop.

David was curator of ECF equipment for some time and personally funded much of the BCFs and ECFs early equipment stock.

In 2007 David received the ECF Presidents Award from Gerry Walsh. Here is the citation in full (from the 2008 ECF Yearbook) :

“David Welch started chess organisation early being captain of the Chesterfield Grammar School team that played both in the school’s league and in the local adult league. He joined the Liverpool Chess Club after leaving University in 1968 and has held various posts with them , he is now their President. He set-up the Liverpool Chess Congress in about 1978.

Additionally, he was the director of the Liverpool Chess Congress. Although now defunct this was in its day the largest junior event in the UK (perhaps even the world) having 2000 entrants at the time of Spassky-Fisher (sic). He has also been involved in the Liverpool city of culture initiative.

He had also had a considerable involvement with the ECF. He is the the Merseyside representative to the ECF. He has been helping run the British Championships since 1981; starting at one of the arbiting team he has been Director/Manager of the congress since 2005. He has been Chief Arbiter of the Federation since about 1992. He also does the arbiting at a number of congresses and is, in particular, the Chief Arbiter of the 4NCL.”

Here is an excellent tribute from John Saunders

Here is a tribute from Liverpool College

in 2016 David received recognition from FIDE for his long service as an International Arbiter. David was the third English arbiter to receive the honour, following Stewart Reuben and Gerry Walsh in 2014.

We send our condolences to all of his many family and friends.