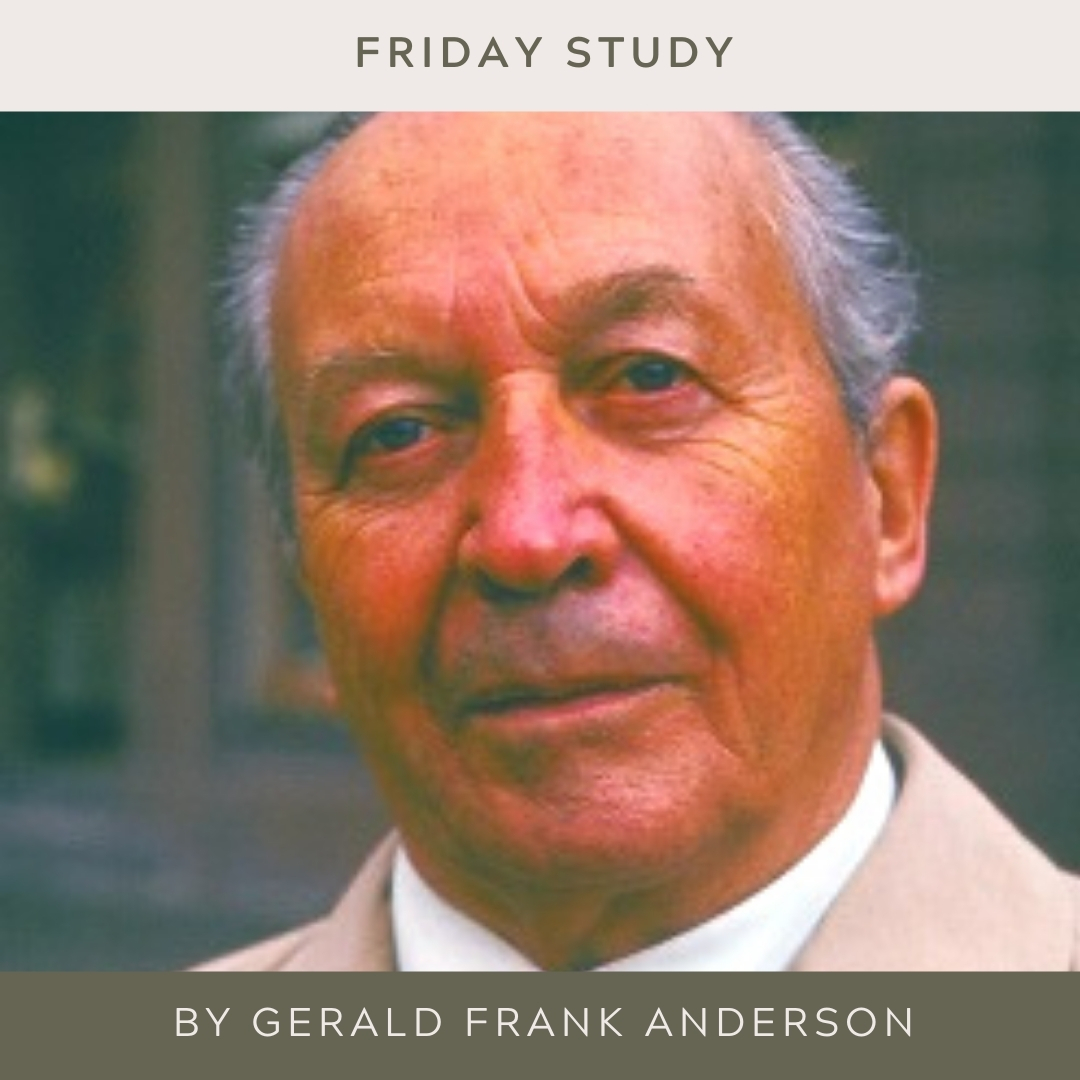 From British Chess (Pergamon, 1983) by Botterill, Levy, Rice and Richardson we have an article written by John Rice :

“Gerald Frank Anderson was born in South Africa on 23 February 1898, and has published nearly 500 problems of many different types. From the start he was a versatile composer, and Weenink’s The Chess Problem (see introduction) contains two three-movers of his illustrating anticipatory half-pin (see Diagram I) a reflex-mate in two dating from 1920 and a selfmate in four from 5 years earlier, when the composer was only seventeen.

(All Solutions contained in scan at foot of article.)

It must have been exciting for a budding problemist to grow up in the period between 1913 and 1924 when the Good Companion Chess Problem Club of Philadelphia was publishing its Folders of original work containing outstanding examples of complex strategy such as half-pins and cross-checks. Diagram II, with its intricate battery play, won first prize for Anderson in the Folder of October 1917.

Diagram III is a justly famous two-mover, with a perfect key and beautiful line-play:

Between 1953 and 1961 Anderson was with the British Embassy in Washington and a close friendship developed with the American composer Vincent Eaton.

In the introduction to his published collection of Eaton’s best problems (Memorial to V. L. Eaton, 1971) Anderson describes his visits to Eaton’s house where they would work for hours on joint compositions (nine of them altogether, eight prize winners)- ‘blockbusters’, as they themselves termed them. Diagram IV is one of these, a highly complex check-prevention scheme.

A glance through the anthologies shows how successful Anderson has always been with orthodox forms, perhaps especially with three- and four- movers and with selfmates. Diagram V is a characteristic selfmate in two, with a good deal more strategy than many composers achieve in selfmate form:

Since his retirement Anderson has lived for much of the time in Italy, where the air seems to be conducive to the composition of reflex-mates, for that is the genre with which he has principally been occupied in recent years. Diagram VI is a good illustration of his style; a couple of changed continuations, and subtle play centered on the two diagonals b5-f1 and c6-h1. (A reflex-mate is a selfmate in which both sides are under an obligation to mate on the move if possible). In this problem White has to keep his active line-pieces (Q and B) well out of the way of the potential mating diagonal.

In addition to the Eaton anthology mentioned above, Anderson has published Adventures of my Chessmen

and Are There Any?, the latter being a fascinating collection of Kriegspiel problems. He was President of the British Chess Problem Society from 1962 to 1964, and became a FIDE International Judge in 1960 and an International Master in 1975.”

“International Judge of FIDE for Compositions (1960). Born on 23rd February 1898. Won the DFC in 1914-18 war. Foreign Office (Retd.) First problem published in 1912, since when he has composed nearly 500 problems, mostly 3 and 4 movers. but has latterly switched to Fairy chess problems. He is one of the the great reflex and self-mate composers. Edited a section Chess Amateur 1921, Nottinghamshire Weekly Guardian 1937-1938, Anglo-Portuguese News 1945-1946, and Self-Mate Section of The Problemist 1964-1966. Author of Are There Any? a book about Kriegspiel problems and A Memorial Volume of Chess Problems of VL Eaton.”

From The Encyclopaedia of Chess (Batsford, 1977), Harry Golombek OBE we have this by John Rice:

“British problem composer, output about 550 problems., orthodox and fairy. Books : Adventures of My Chessmen; and Are there Any? (1959 – a fascinating collection of Kriegspiel problems); Vincent Eaton Memorial (1971 – an annotated anthology of Eaton’s work). President of British Chess Problem Society, 1962-4. International Judge (1960), international master (1975).”

“G. F. Anderson, in 1946, was working in the British Embassy in Lisbon, and, as a highly skilled chess player (he was also known for composing chess problems as early as 1919), was nominated to deliver the challenge from Botvinnik to Alekhine. He played a game with the World Champion in the Embassy and it became the last recorded game by Alekhine.”

Here is the original article from British Chess (Pergamon, 1983) by Botterill, Levy, Rice and Richardson by John Rice :