An event every year that begins at 12:00 am on day 25 of June, repeating indefinitely 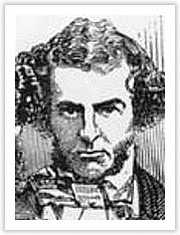 Here is an excellent article from the Yorkshire Chess History web site.

He was winner of second prize in the first international tournament, London 1851. He developed his chess skill in the 1840s, meeting Dubois in Rome, Kieseritzky in Paris, and many players, including Buckle, in London, His style was that of the English school, and he understood well the positional ideas of the English opening and the Sicilian Defence. In 1847 he was elected Member of Parliament for Richmond, Yorkshire, a seat he held until 1868 except for a break of two years. The London 1851 tournament consisted of a series of knock-out matches. After defeating Williams (+4-3) in the third round and losing to Anderssen ( + 2=1-4) in
the fourth and final round, Wyvill was placed second. His score against Anderssen was better than that made by other players (Kieseritzky
“1—2, Szen +2—4, Staunton +1—4), Wyvill had
proved himself one of the leading players of his time. Although he played in no more tournaments he retained an interest in the game throughout his
life.

Here is an example of the Wyvill pawn formation :

The Wyvill formation is a name given by Tarrasch to a pawn formation with doubled pawns as shown above. This formation was not unfamiliar to Wyvill but could with more justification have
been named after Winawer who so frequently doubled his opponent’s c-pawns that this and similar formations became known as his trademark. The technique for attacking the Wyvill formation was also understood by Neumann and before him by Carl Hamppe (1814-76), the leading
Viennese player of the 1850s.