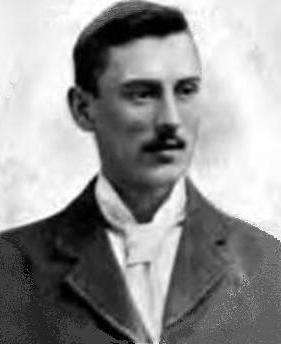 From his Italian Wikipedia entry :

He was famous for “quiet” keys and continuations, which made his problems very difficult to solve.

He was also a good player and table. In 1890 he won the Manchester club championship and later several local tournaments. In 1894 he won a beauty prize offered by the Manchester Weekly Times . From 1898 to 1912 he was part of the Lancashire team in many team matches between that county and Yorkshire . In 1911 he won the Lancashire championship. [2]”

and from the rather excellent Yorkshire Chess History we have

The following photograph was kindly supplied by Michael McDowell of the British Chess Problem Society :