An event every year that begins at 12:00 am on day 9 of March, repeating indefinitely 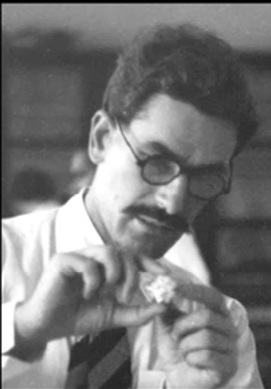 BCN remembers Richard Guy who passed away in Calgary, Alberta, Canada on Monday, March 9th, 2020 at the splendid age of 103.

Richard Kenneth Guy was born on Saturday, 30th September 1916. On this day construction on the Hell Gate Bridge in New York City was completed.

He was born in Nuneaton, Warwickshire to William Alexander Charles Guy and  Augusta Adeline Guy (née Tanner). RKGs parents had married in the final quarter of 1915 in Solihull. William was headmaster of Atherstone Elementary School.

Richard attended Warwick School excelling in mathematics where he was a boarder and prefect.  In December 1934 He obtained  a County Major Scholarship for Mathematics provided by the Lord Kitchener Memorial Fund gaining his Northern Universities Higher School Certificate in July 1935.

He went up to Gonville and Caius College, Cambridge University in October 1935 graduating in 1938. Stephen  Hawking was also an alumni of Caius College.

The 1939 register records Richard aged 23 living as a lodger in the  Blower household of six  at 436 Buxton Road, Stockport, Cheshire, England. This address has since been converted to residential flats. He was  a teacher of mathematics in a local secondary school.

RAF and the Weather Years

During the second world war Richard saw non-combative service in the Royal Air Force working on forecasting the weather and improving the methodologies.  This work was a critical component of the British war effort.

In the final quarter of 1940 Richard married Nancy Louise Thirian in Bingham, Nottingham. Nancy (in fact, she was known as Louise) was born in Islington in the third quarter of 1918 and passed away in 2010.  They had three children and Michael JT Guy was also a significant mathematician.

According to Wikipedia : “In November 1942, Guy received an emergency commission in the Meteorological Branch of the Royal Air Force, with the rank of flight lieutenant.  He was posted to Reykjavik, and later to Bermuda, as a meteorologist. He tried to get permission for Louise to join him but was refused. While in Iceland, he did some glacier travel, skiing, and mountain climbing, marking the beginning of another long love affair, this one with snow and ice.”

In August 1951 Richard relocated to Singapore and taught for ten years at The University of Malaya and following that he worked at the Indian Institute of Technology in Delhi. Finally, in 1965, he moved to Calgary and taught  in the Mathematics Department at The University of Calgary.  For fuller details of his extensive mathematical career see the many links at the foot of this article.

Richard’s chess career was active whilst at Warwick School.  As a boarder and prefect he played for the school “eight” in matches against teams such as Birmingham University and King Edward’s School, Birmingham.

Richard’s interest turned away from over-the-board play but he did find time to compete in the Major Open of the August 1946 British Championships in Nottingham. Only two game scores are known where he lost to Dr. Fazekas and Gordon Crown: both very strong opponents.

“Mr RK Guy has kindly consented to take over the Endings Section. All communications should now be sent to him at 33 Westwood Park Forest Hill London SE23.” TRD went on to write:

“With this page I reluctantly terminate on health grounds some forty years of work in the Endings field, and my contributions to this corner of the British Chess Magazine. To the many readers of these pages, a Merry Christmas and steadily improving years.”

RKG was to edit this column until his final piece in June 1951. RKG wrote in the July 1951 column (now edited by HF Blandford): “My address after August will be University of Malaya, Singapore. I have enjoyed these few years, and am sorry to leave you, although you will be in capable hands. HFB is player and problemist, but his greatest love is for endings, and he has won many international prizes.”

The win is by a white king march from the h-file onto the same file as the pawn, instead of the reverse!

For more examples of RKGs work we recommend his AVRES database entry.

In 2020 John Beasley wrote: “Richard did not achieve the same renown in our field as he has in the field of recreational mathematics, but his studies are neat and many are also instructive, a point which he considered important. We have been the richer for his presence.”

Along with Hugh Blandford and John Roycroft, RKG was one of the inventors of the GBR code (Guy–Blandford–Roycroft code), a system of representing the position of chess pieces on a chessboard. Publications such as EG magazine use it to classify endgame types and to index endgame studies.

Here is an appreciation from John Beasley

An Interview with a mathematician

An obituary from The Calgary Herald

A tribute from The University of Calgary

A tribute from A Periodical

A tribute from the American Mathematical Society

100th birthday tribute from the Mathematical Association of America