An event every year that begins at 12:00 am on day 7 of February, repeating indefinitely 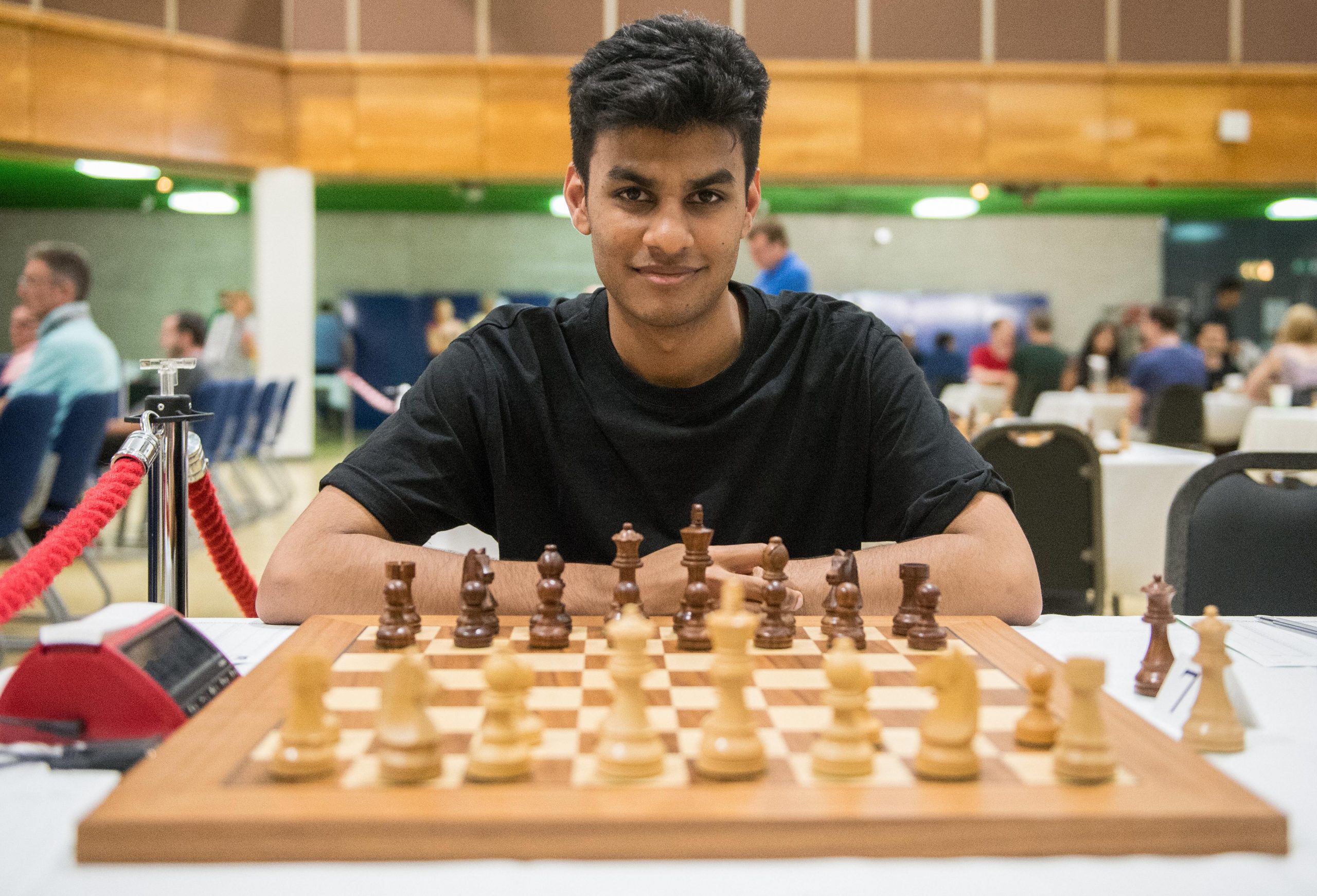 Ravi learnt at the age of 6 and joined Barnet Knights Chess Club in 2005.

His first recorded standard play game  was in the London Junior Under-10 Championships on December 9th 2006.

By the time he was eight he had attracted the attention of the England selectors and played in the 2008 Commonwealth Championships in New Delhi coming home with a bronze medal.

In 2008 Ravi won the British Under-9 title in Liverpool. He said afterwards:

It was quite nice to be leading everyone and I felt proud of myself. I’m not sure how I control my nerves but it feels really good to win.

It’s a bit overwhelming but we just support him. It means you have to give up a lot of time for him but it’s really nice to see that he’s getting somewhere.

This was followed in 2014 by winning the British Under-18 championship in Aberystwyth aged 15 and then the same title in 2017 in Llandudno.

In 2016 Ravi was equal 2nd to Deep Sengupta at the Hastings Masters Open with an impressive 6/9 and a TPR of 2563.  This performance secured his second IM norm.

Ravi completed his British junior titles run by becoming the current (no OTB event in 2020) British Under-21 champion in 2019 in Torquay scoring an emphatic 6.5/9 securing a share of third place.

Ravi became a FIDE Master in 2015 at the age of 16 and and International Master two years later making him England’s second youngest IM after Matthew Wadsworth.

On January 28th 2021 Thinker’s Publishing released The Modernised Anti-Sicilians, Volume 1, Rossolimo Variation which is a massive 520 page tome on the following position :

which was reviewed by FM Richard Webb.

which we hope will be followed by at least Volume 2!

With the white pieces Ravi unsurprisingly plays the Moscow and Rossolimo variations against the Sicilian,  the Ruy Lopez and, in recent years, he has adopted the Reti/English complex.

As the second player he plays the French Winawer and (refreshingly) the Abrahams-Noteboom Variation of the Semi-Slav.

For your entertainment we have these two  brevities :

Ravi has played for University College London. Hendon and Cavendish in the London and other leagues and in 4NCL he started with Kings Head, transferring to Cambridge in 2014 and finally moving in 2016 to Wood Green.

In this game Ravi punishes IM Malcolm Pein who has a bad day at the office :

Ravi is Mesutgm on chess.com and lichess

Over the August Bank Holiday weekend of 2021 Ravi played in the Northumbrian Masters  GM Tournament at the splendid Marriott MetroCentre, Gateshead winning jointly with Conor Murphy scoring 6.5/9 with a TPR of 2600. This gave Ravi his third and final GM norm.

The norm was ratified at a recent FIDE Congress. As of February 2022 Ravi stood at 2490 for standard-play.