An event every year that begins at 12:00 am on day 13 of April, repeating indefinitely 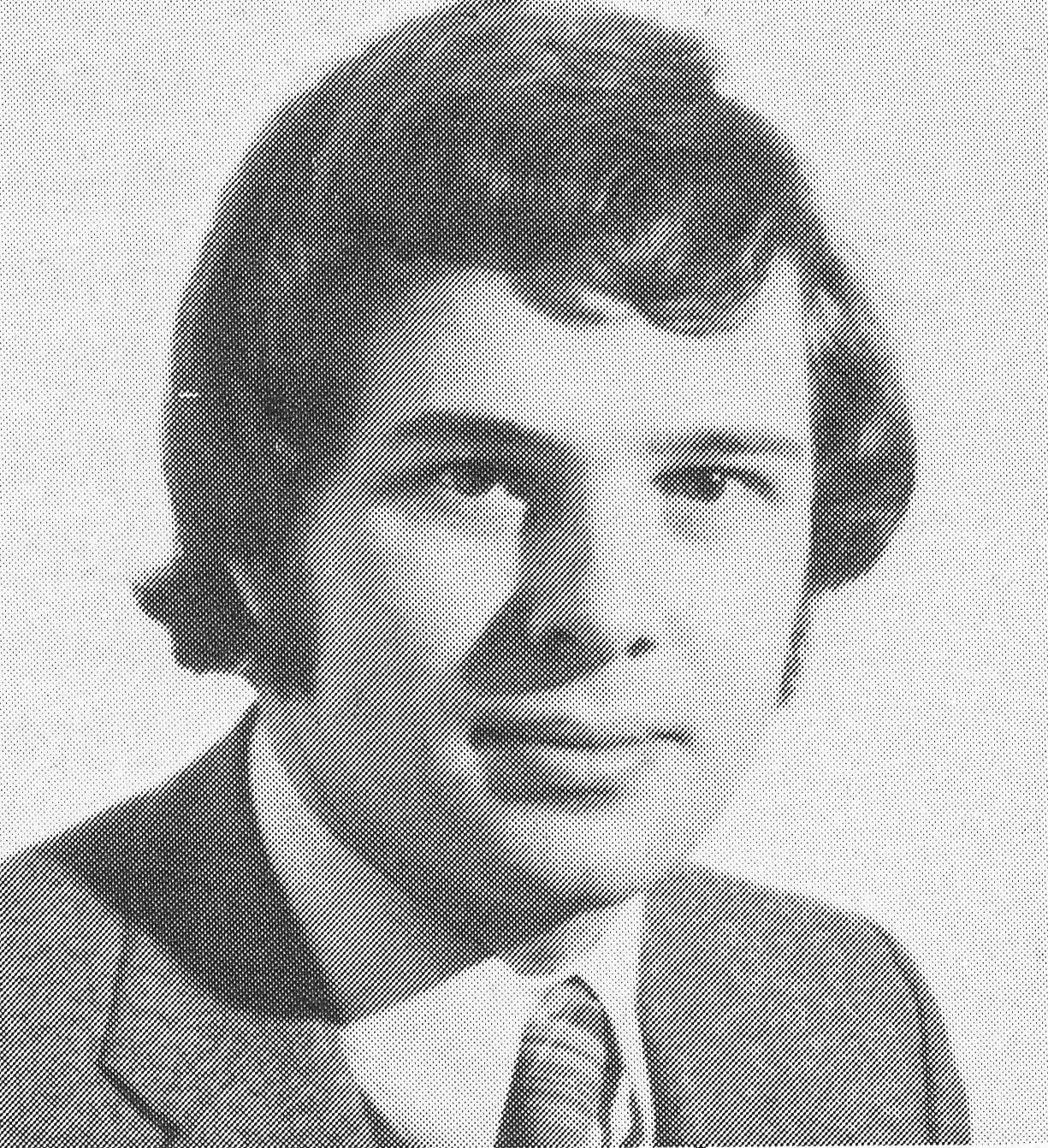 From the rear cover of “Sicilian:…e5 :

“P.R. Markland is a British Master, and a member of many English international teams, including those at the 1972 and 1974 Olympiads, and is also a British correspondence international”

Peter first qualified to the British Championship in 1967 (Oxford) and obtained an IM and GM norm at Hastings 1971.

In 1984 he became a Grandmaster for correspondence chess (GMC).

Peter became a banker and lives in Woodbridge, Suffolk, IP13.

From British Chess (Pergamon Press, 1983) we have this contribution from Peter himself:

“1951 seems to have been a vintage year for chessplayers and although I cannot claim to count myself in the company of Andersson, Karpov, Ribli and Sax we do all share the same year of birth.

Although I learned the moves at the age of 5, I only took any real interest in the game at 13 when I began to play schools chess. Compared with such as Nigel Short I was a very late starter!

I was educated at Bolton School and played for Bolton and Lancashire in my early years. This was fortunate in that all three of these teams enjoyed great success in the late 1960s. In all three teams I played along side Martyn Corden who was to precede my rise to international level himself by playing in the Siegen Olympiad team in 1970. In 1967, I qualified for the British Championship at my first attempt and I was pleased to score 5/11. The following year the school team won The Sunday Times tournament playing without Martyn Corden in the finals.

Up to this time I had concentrated chiefly on junior teams and had won the NCCU junior titles. Over Christmas and New Year of both 1966-7 and 1967-8 I travelled down to play at the Devon Junior Congress at Plymouth but in 1968 I decided to try my luck at Hastings. This proved to be one of the turning points of my career.

I was placed in the Challengers Reserves for 1968-9 and after the first round loss (to the eventual winner) my play gained momentum and I qualified for the Challengers the following year. The intervening year passed quietly with a trip to Ireland in the Glorney Cup. I went up to Balliol College, Oxford in October 1969.

The Hastings Challengers tournament 1969-70 began when I met the same opponent as in the previous year in the first round. This time I managed to come out on top. By the time the last round came, I had played most of the leaders and had 6/8 including two pleasing wins with my favourite defence at the time – the Sicilian Pelikan variation.

In the last round I was paired against de Veauce who had a reputation as a good strategist and whom I hoped to unsettle tactically. I had white and my plan failed. He outplayed me in the opening and middlegame and I sacrificed my isolated centre pawn to activate my pieces.

So I then had to wait had to wait to see the other results before I could confirm a somewhat lucky place in the Premier.

In 1970 I had the opportunity to travel with the student team to the Olympiad in Haifa. My score of 5.5/7 was reasonably pleasing but the standard of opposition was far from good.

At the end of the year came the Hastings Premier – a tournament which I can only describe as the highlight of my career. I began nervously and lost a nondescript game to Uhlmann in the first round. My confidence grew with two comfortable draws with Portisch (the eventual winner) and Keene. In round four I met the surprise leader, Mestrovic (who had 3/3) and perhaps partly due to the fact that this game was played on 1st January I won convincingly in 18 moves.

The next four rounds brought an uneventful draw with Wade and three exciting encounters with Byrne, Krogius and Gligoric all of which after several reversals of fortune ended in draws.

In the last round I was to play Hort who needed to to win to gain a share of first prize. He played a horribly passive opening and by move 14 I was already well on top. To try to compensate he snatched a queenside pawn and gave me the chance to play the type of move one can only dream about!

This victory meant an equal second on 5/9 with Gligoric, Hort, Krogius and Uhlmann and both a GM and IM norm.

As a result of this I became a regular member of the England side. During 1971 my results were erratic, possibly caused by too much play. I was pleased with my 3.5 score in my first Clare Benedict, although I lost my first game for England due to nervousness and I was first equal with George Botterill in the Slater Young Masters at Hastings (again). Here I declined a last round draw offer, blundered almost next move and lost to an up-and-coming junior by the name of Michael Stean! On the debit side my performances in the British Championship, The Oxford International Congress and the Robert Silk tournament left room for improvement.

Whilst playing with Bolton in the National Club Championship, we had never won the competition although we had reached the semi-finals many times. This year, 1971, playing for Oxford University, we won the tournament beating our old rivals Cambridge University in the final on board count.

The Hastings tournament of 1971-72 saw me firmly entrenched near the bottom. It is very difficult in this type of international tournament when one becomes marked as an out-of-form player. All the other players make extra efforts to beat you and this drains your strength further.

My main problem at Hastings was a lack of defence to 1.e4. I lost five games against this move. In the last round I had a very interesting struggle against Karpov who needed to win this game to tie first with Korchnoi who had beaten him in the previous round, but the strength of 1.e4 proved too much.

The summer of 1972 saw the advent of my University finals and thus I played very little for the first six months of the year – even I had to decline an invitation to the Teeside GM event. Later in the year I played in the student Olympiad in Graz and then in the Olympiad is Skopje.

In the preliminaries we had drawn Yugoslavia and Switzerland, who were the only other teams likely to qualify for the ‘A’ final. We missed qualification narrowly and I think that every team member had one poor result in the qualifying rounds – mine being a scraped draw against a Syrian team.

We won the ‘B’ final by beating the Israeli team in the last round and I felt pleased by my score of 11.5/16 with no losses. Indeed, in my last round game with Balshan I was quite rightly instructed to agree a draw in a winning position to secure the team’s first place.

I feel that this tournament from my point of view aptly demonstrates the difference in title norms in the early 1970s and today. I played five players who had no Elo ratings and only four titled players. Hence an IM norm would not have been available under any circumstances. The main reason for the lack of Elo ratings in 1972 was that the new system had only just been introduced and for many players this was their first Elo-rated tournament. In the last Elo list, all but one of the sixteen players are rated, there are now four GMs and five IMs amongst my opponents and the norm figures would be 10.5/16 and 12.5/16 for IM and GM respectively.

Here is my best game from the Olympiad. It is indicative of an early combination prevailing through into a winning ending.

In 1973 I was once more plagued by too many invitations and played indifferently throughput the year. The only bright spots were my score of 3/7 on boards 3 and 4 of the European Team Finals and second place in the Woolacombe International.

1974 was once again an Olympiad year. The England team won the Clare Benedict for the first time in Menorca and I was able to contribute 5/6 winning both a board prize and the best score prize. I was drafted into the Olympiad team as a late replacement and although we qualified easily enough for the ‘A’ finals this was in no way due to my efforts as I had a 50% score in the preliminaries.

We had qualified for the ‘A’ final with one round to spare and our last group match against the USE (from which the score was to be carried forward) began the final matches. It had been decided, as a tactical measure and in our view of our differing styles, that I should take black whenever we had this colour on the fourth board, so that Whiteley and Stean could utilize a greater proportion of whites. This worked to a limited extent and indeed, Stean obtained an IM Norm. Also, as it worked out I played in matches against seven of the top eight teams (being rested against Yugoslavia) and only three teams below us. In the end, I was pleased with my +3 =1 -4 with black in the finals to give overall a 50& score.

During 1973 and 1974 I was co-author of two books in the Batsford opening series, both with Tim Harding on Sicilian Defence variations.

I also wrote a best game collection of Karpov which was by far the most interesting of the three books to write.

At about this time, I decided to embark upon a career in banking and to abandon that of a professional chessplayer. Since then I have concentrated on correspondence chess.

Having received  master certificate, I entered a European and World tournament in both of which I finished first. The second of these two results qualified me for the world Championship Semi-finals. But first attempt in the eleventh championship ended in failure to qualify.

As a result of an invitation received by the BPCF I played in the Eino Heilimo Memorial Grandmaster event. I have , however, qualified as a postal IM by scoring the required seven points and had an outside chance of trying for first place at one stage.

Here is my best game from this event.