An event every year that begins at 12:00 am on day 12 of April, repeating indefinitely 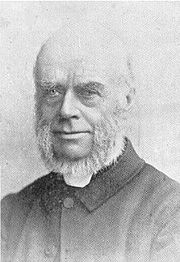 Death Anniversary of Rev. Charles Edward Ranken (05-i-1828 12-iv-1905)From The Encyclopaedia of Chess by Harry Golombek :

A leading member of the formidable band of reverends who played such a strong role in early Victorian English chess, he is described as ‘one of the writing rather than the fighting clergy in chess’ in P. W. Sergeant’s Century of Britsh Chess. Though he learnt chess at an early age’ he made his first really earnest study of the game when he was an undergraduate at Wadham College, Oxford 1847-50, in particular devoting himself to a theoretical study of Staunton’s Handbook, which he rightly regarded as a great landmark in chess literature.

On leaving Oxford he competed in the provincial section at London l85l where he came second to Boden.
In 1867 he became vicar of Sandford-on-Thames and lived at Oxford where, in collaboration with Lord Randolph Churchill (Winston’s father), he founded the Oxford University Chess Club
and became its first President.

Resigning his living at Sandford in 1871, he went to live at Malvern where he stayed till his death. He played in many of the congresses organized by the Counties Chess Association, his best result being 1st in the first class section at Malvern 1872 with a score of l2 points, followed by two other reverends, Thorold 11.5 and Wayte 10.5. It was at this congress that he brought about a reconciliation between Staunton and Löwenthal who had been estranged for a considerable time.

He played in the Yizayanaqaram tournament at London 1883 and started well but his health gave way after the first week and he divided fifth place with G. H. D. Gossip.
His chief importance during the later stages of his chess career was as a writer, first as editor of the Chess Player’s Chronicle in 1877 and later as a member of the staff of the British Chess Magazine in which he wrote on many aspects of chess but specialized in analysis (of the openings, middle-game and the endings)’ In 1889 he published, in collaboration with E. Freeborough, Chess Openings Ancient and Modern. (London)’ ( H’G’)

The Ranken Variation is a good line for White in the Four Knights Opening, analysed in the Chess Players Chronicle, 1879 by Ranken first president of the Oxford University Chess Club.