An event every year that begins at 12:00 am on day 29 of May, repeating indefinitely 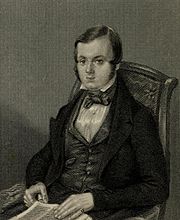 An interesting article by Ray Keene

“One of the leading British players of his day and an eminent historian. Buckle was born in Lee, Kent on 11th November 1821., the son of a shipowner. From birth he was extremely delicate and his health prevented him from having a normal education. He was taken away from school at the age of 14 and three years later went into his father’s business. His father’s death in 1840 made Buckle independent and he gave up his business career and visited the continent for about a year, playing chess in Paris and Berlin. Going abroad again in 1843, Buckle spent most of his time studying languages and within seven years had learned to speak seven languages and to read 12 others.
Buckle rarely played chess matches, because of the intense dislike of the slow rate at which they were played in those days. However, he played a match against Kieseritzky in 1848, which he won+4 -3 =1/ After this victory, he realised that his health would not stand up to serious play and he never again attempted it. In 1851, he played a number of games with Anderssen, who considered that he was one of the strongest players he had ever met. Buckle was a regular visitor to “The Divan”, where he delighted in his favourite form of the game, giving heavy odds.
After his match with Lowenthal, Buckle turned his attention to his History of Civilisation. The first section of this work started to appear in 1857 but the major portion was published posthumously.
Buckle died of typhoid fever in Damascus on 29th May 1862.”