An event every year that begins at 12:00 am on day 20 of October, repeating indefinitely 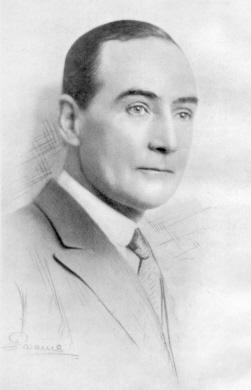 PWS was born in Kensington on Saturday, January 27th, 1872 to Lewis Sergeant and Emma Louisa Sergeant (née Robertson) and was baptised at All Saints Church, Notting Hill. According to PWS’s baptism record Lewis was an author.

According to PWS in A Century of British Chess :

“When I was seven years of age – about the period, by the way, in which my father began to teach me Greek – he began also to initiate me into chess. Not that he designed it  as a consolatory set-off to my application to Greek; for he loved the Classics well, though, going up to Cambridge with  small classical exhibition, he had turned to Mathematics, and therein took his degree. ”

According to the 1881 census PWS (aged 9) lived with his parents and numerous siblings : Dorothy (aged 7), Winifred (6), Hilda (5), Bernard (2), John (his grandfather aged 76) and Mary (his grandmother aged 75). They had staff, Elizabeth Fraser and Sarah Martin. They lived at 10, Addison Road, North, Kensington.

and here is the record from the above publication :

We do not know if PWS played in the Varsity matches of 1892 – 1895 : Britbase does not (yet) include player details for these matches.

PWS married Minnie Boundford (born 27th February 1889) in 1909 in Hampstead and they lived at 5, Dukes Avenue, Chiswick where PWS was listed as an author and Minnie as someone who carried out “unpaid domestic duties”. Minnie was 17 years younger than PWS. Minnie’s father was a joiner and a carpenter.

In October 1946 Minnie and PWS remarried. Presumably this was rather unusual in that day and age.

According to The Oxford Companion to Chess (OUP, 2nd edition, 1996) by Hooper and Whyld :

PWS was an English author of biographical games collections for Charousek, Morphy and Pillsbury as well as other works of importance such as A Century of British Chess (1943) and Championship Chess (1938).

“A professional writer on chess and popular historical subjects. Without any pretentions to mastership, he represented Oxford University in the years 1892 – 5 and assisted RC Griffith in preparing three editions of Modern Chess Openings.

All these are lucidly and carefully written but suffer from the defect that, being neither a master player nor a professional annotator, he was not competent to deal with the annotational part of the work. Probably his best book on chess was A Century of British Chess, London, 1934.

From British Chess Magazine, Volume LXX11 (72), Number 11 (November), page 324 we have this rather brief obituary (presumably written by Brian Reilly):

“We regret to have to report the death, at the age of eighty-one of Philip W. Sergeant, the author of A Century of British Chess, which we imagine is in most chess libraries. He was the author of several well-known historical books – but we are only concerned here with his chess activities, which included representing Oxford University 1892-5; helping RC Griffith with two editions of Modern Chess Openings; playing for Middlesex, winning the chess championship of the authors’ club for several year, and latterly as an honoured member; and occasionally obtaining the championship of the Guildford Chess Club. Our sympathy with his widow and two daughters is sincere.”
”

He was a cousin of EG Sergeant.

Harry Golombek writes that, “Without any pretensions to mastership, he represented Oxford University in the years 1892-5”.[3] Golombek considers A Century of British Chess probably Sergeant’s best chess book, but opines that although Sergeant’s chess books are lucidly written, they suffer from the defect that, as a non-master, he was not competent to deal with the annotational aspect of his work.

He was a second cousin of Edward Guthlac Sergeant.