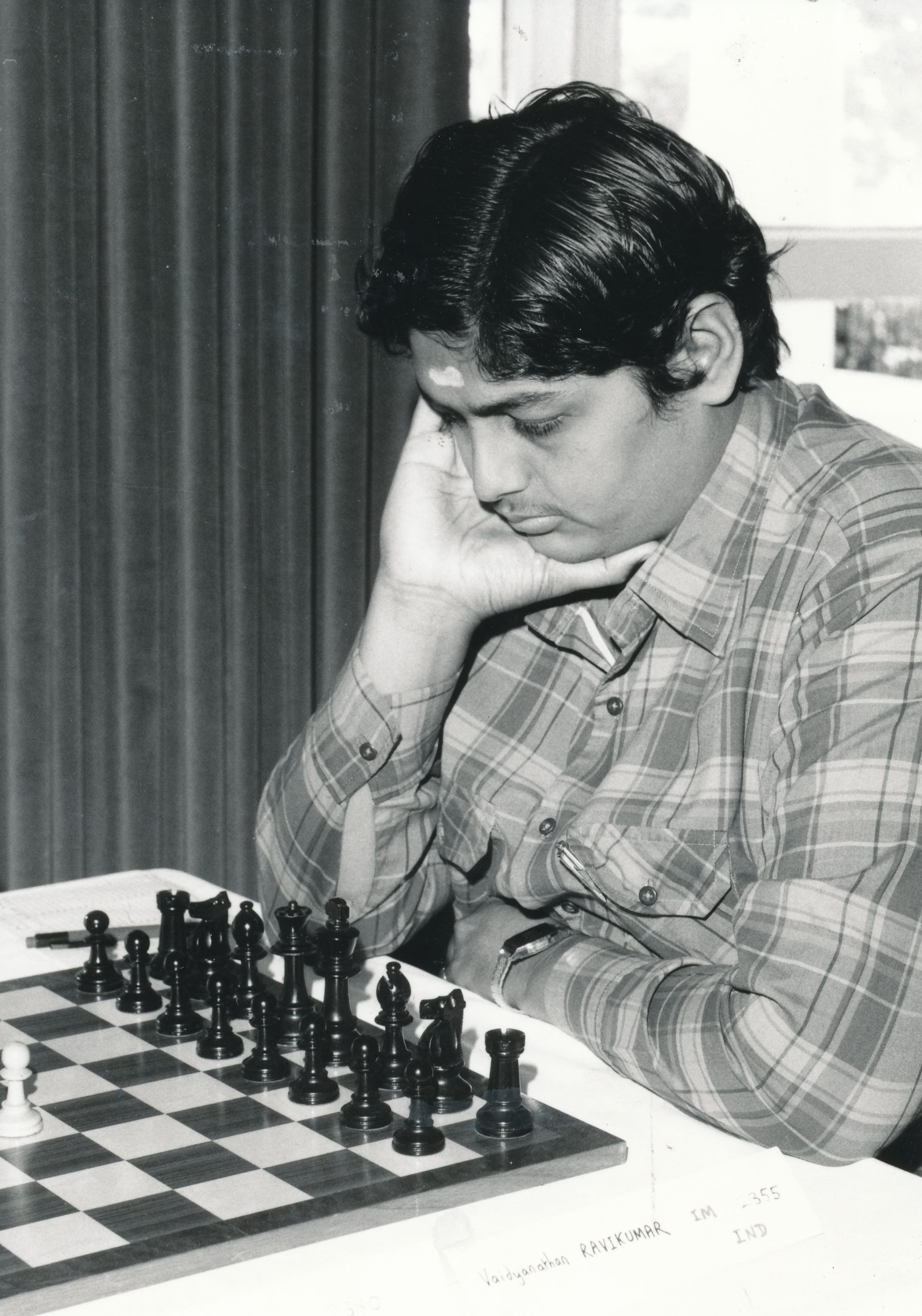 Vaidyanathan Ravikumar (“Ravi” to his friends) was born in Paramakudi, Ramanathapuram, Tamil Nadu, India on Saturday, December 26th, 1959. On this day Nelson Rockefeller announced that he would not seek the Republican Party nomination for 1960.

Ravi credits his father N. Vaidyanathan for help with his early chess development.

His earliest recorded game in Megabase 2020 was from the 3rd of September 1978 and was from the World Under-20 Championships in Graz, Austria. The event was won by Sergei Dolamatov and Ravi finished =25th on 6.5/13. The following year (Norway, 1979) Ravi improved to =12th with 7.5/13 and the title was won by Yasser Seirawan. James Plaskett was =3rd.

By now ( 1979) Ravi had graduated from The University of Madras with a degree in commerce and relocated to England seeking more playing opportunities. He played in his first Lloyd’s Bank Open in 1979.

Ravi made his first appearance for India in an Olympiad at Valetta, Malta 1980. In 1981 he was runner-up to Bjarke Sahl in the 6th North Sea Cup followed by a creditable equal 10th in the 68th British Championships at Morecambe won by Paul Littlewood. In round eight he played this attractive game against Daniel King. Notes by PC Griffiths :

In 1982 Ravi scored a creditable =3rd at the 1982 British Championships (Mile’s year) in Torquay including wins over Basman, Muir and Plaskett :

1983 included an excellent win over James Tarjan at the Lloyds Bank Open but Danny King got revenge for his 1981 defeat!

Ravi continued to be active as a player until 2000 when he started a career in coaching. He was the National Coach of the Emirates for eight years and has accompanied the ECF junior chess team to World Youth Chess Championships in 2014, held in Al Ain, UAE.

According to Spectrum Chess Calculation : “He is an experienced chess coach and provides chess coaching in 10 schools in Hertfordshire”

Following that Ravi wrote a biographical work on Ulf Andersson :

There were also works on Anatoly Karpov and Jan Timman as well as works on the Caro-Kann Defence.