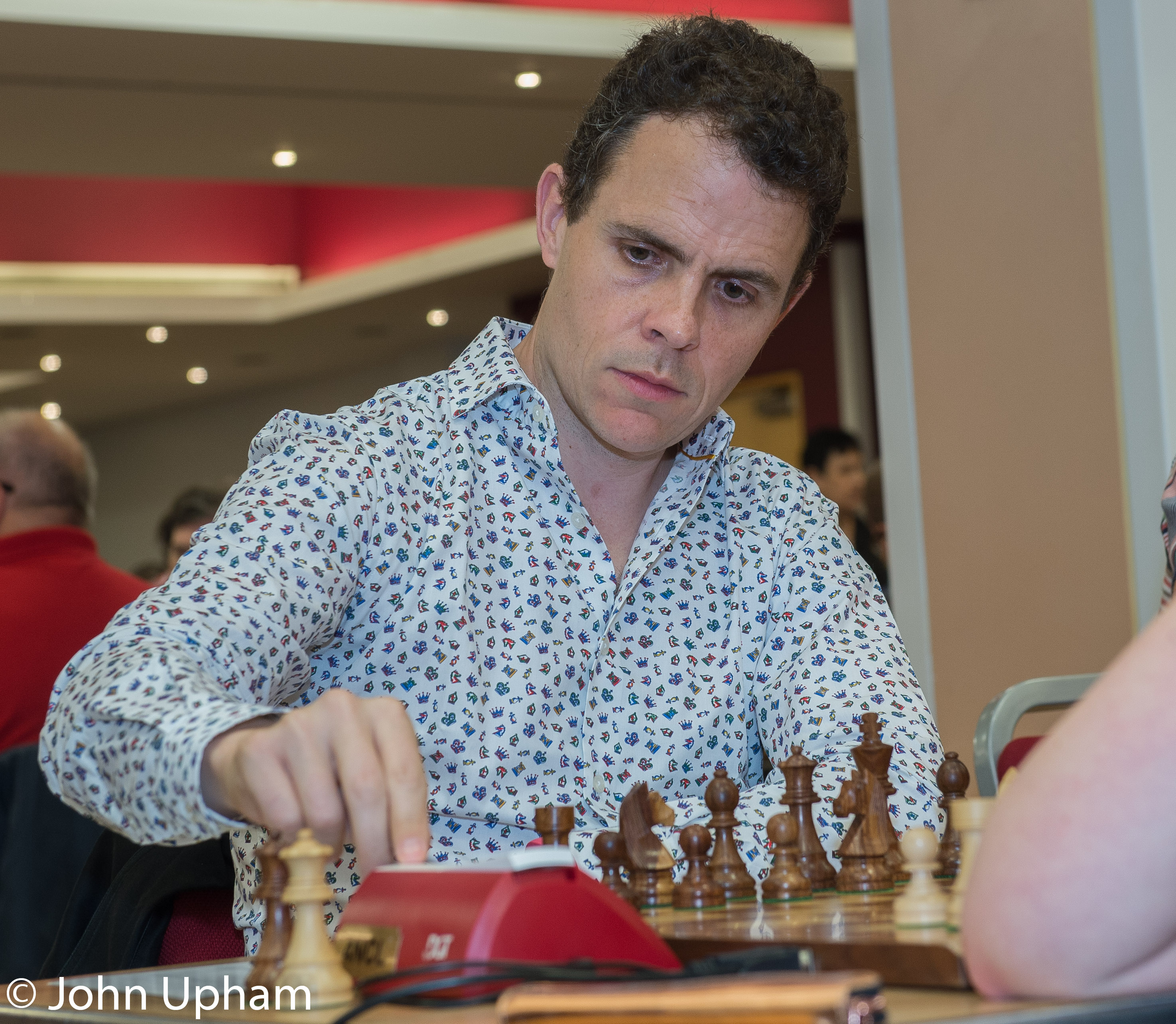 Aaron Piers Summerscale was born on Tuesday, August 26th 1969 in Westminster, Greater London. His mother’s maiden name is Mayall. Aaron lives in SW18 and teaches chess. He married Claire Lusher (Basingstoke) but they are now separated.

Aaron was runner-up (to Jonathan Parker) with 8/11 in the 1995 British Championship in Swansea.

His highest FIDE rating was 2513 in October 2000 and was joint (with Ameet Ghasi) British Rapidplay Chess Champion in the same year.

His highest ECF grading was 244A in 2001 and he won the Staffordshire GM tournament in the same year :

Aaron plays for Wood Green in the Four Nations Chess League (4NCL) and has played for Pride and Prejudice.

Aaron wrote “Confessions of a British Nightclubber” for Kingpin Magazine.

With the white pieces Aaron is very much a Queen’s pawn player mainly employing the Colle-Zukertort System and the Barry Attack.

As the second player Aaron prefers the Classical French and the Slav Defence.

Here is a video of a young Aaron talking about his 150 Attack video for Foxy Video :