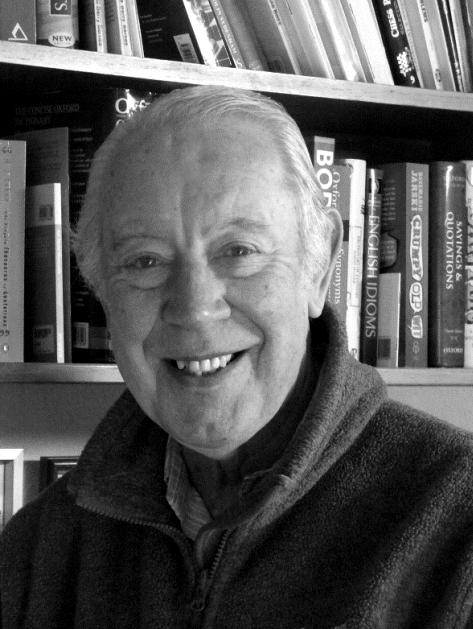 Barry Peter Barnes was born in Brighton and his mother’s maiden name was Simpole. (Barry is a cousin of Julian Ivan Peter Simpole, who was a Brighton school teacher and who taught Edward Gerard Winter to play chess).

Born on 1st August 1937, Barnes works in transport advertising. He has composed about 250 two-move problems. With Lipton and Rice, he has contributed to the advance of the modern two-mover. Problem Editor of Two-Move and Twin sections of The Problemist. Co-author with M.Lipton and JM Rice of The Two-Move Chess Problem : Tradition and Development (Faber and Faber 1966).

Barry wrote about himself as follows :

“A promising career as a county chess player came to an end when I was given Brian Harley’s classic book Mate in Two Moves in the belief that it would help my chess, but it had quite the opposite effect. My interest in competitive chess waned, and I was on the road to an an International Master title for problems!

Early influences in my problem career were the weekly chess problem solving competition in The Observer (my first problem published there was in 1955), a teenage friendship with J. M. Rice and M. Lipton (both now lnternational Masters), Herbert Grasemann’s book Problem Schach / with its near revolutionary post-war German problem ideas, and the expert British problemist, A. R. Gooderson who had I but known it only a few years earlier was the officiating master when my Hove Grammar School played Steyning Grammar at chess.

In the late 1950s and early 1960s, the genuinely original problems I was making in cooperation and in competition with Rice and Lipton were being published mostly abroad in such specialist problem magazines as Die Schwatbe (with its inspired two-move editor, Hermann Albrecht) where I gained the epithet,the English prize-snatcher’! It was also written that the work of the avant_garde composers, Rice, Lipton and Barnes, was like a fresh two-move wind blowing from our island. It was sad but true at that time that the specialist magazine of the British Chess problem Society (founded 1918), The problemist, was unreceptive to change and our often bizarre ideas.

A milestone of sorts was reached when I won lst prize for problem I in 1958, a prize for the best new problem by a member of the British Commonwealth aged under 21. In 1966, I was invited by problemist Grandmaster Comins Mansfield, who was President of the FIDE Problem Commission, to act as Secretary at the Barcelona meeting. With Mr. Mansfield’s retirement, I became the British Member to the Commission, and at the Wiesbaden meeting, 1974, I was elected 2nd Vice-President. (1st Vice-President from 1982)

The FIDE Problem Commission meets annually to discuss matters relating to all branches of problem chess, to organize the World Chess Composing Tournament (WCCT), the World Chess Solving Competition (WCSC), and to publish FIDE Album anthologies of the best problems. It was on the strength of my success in these FIDE Albums that the Commission granted me the titles in 1967 of ‘lnternational Master of the FIDE for Chess Composition’ and ‘lnternational Judge of the FIDE for Chess Composition’. Since 1974, I have been Chairman of the Titles Sub-Committee of the Commission.

Since 1965, I have been the two-move editor of The Problemist and have served almost without break on the BCPS Committee. I have contributed to The Encyclopaedia of Chess by Anne Sunnucks (Robert Hale, 1970), I am co-author, with J. M. Rice and M. Lipton, of The Two-Move Chess Problem: Tradition & Development‘ (Faber A Faber, 1966), and I am the sole author of Comins Mansfield MBE: Chess Problems of a Grandmaster: (British Chess Problem Society, 1976) and Pick of the Best Chess Problems (Elliot Right Way Books, 1976)

To date I have made just over 300 two-movers and some helpmates.”