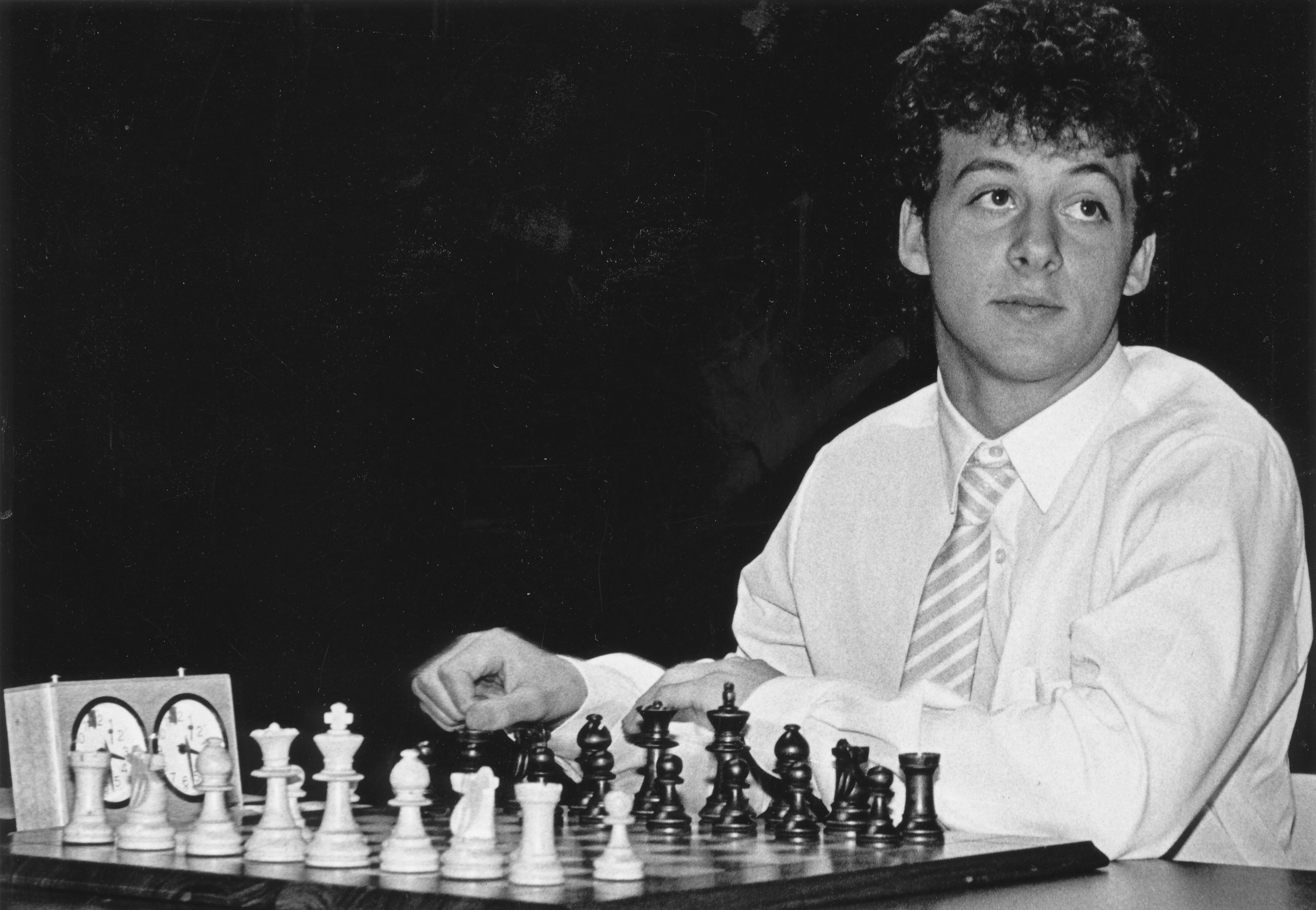 We wish David Norwood all the best on his birthday,

David Robert Norwood was born in Farnworth, Bolton, Greater Manchester on October 3rd 1968 to an electrician. His mother’s maiden name was Mellor.

Mary Hopkin was still UK number one with “Those were the days” and would remain at number one for six weeks in total.

David has a score of +2 against Viswanathan Anand, +1 against Neil McDonald, +2 against Keith Arkell and +2 against Mark Hebden.

Preparing for David would have been fairly straightforward as he played almost the same opening with white and black playing 1.g3 (and less frequently, 1.d4) and the Modern Defence although his did flick the Modern Benoni into the mix every now and then.

As well as moving to Oxford for University he was =1 at the 1988 (fifth) NatWest Young Masters with 6/9 (along with Adams and Kudrin) securing a GM norm :

In 1990 David became the first Grandmaster to play in the annual Varsity match. This was the 108th such encounter and David played on board one against Jeremy P Sharp of Downing College, Cambridge. David first played in the 107th match in 1989 on board two below James Howell. David played one more time in 1991 scoring 2/3 from his three appearences.

According to FIDE David is registered with Andorra which appropriately (for DN) has Catalan as its national language. David has yet to win the Andorran Championship. He first played in the Andorran Open in 2011 and came close to winning in 2013 with 7/9. Since 2017 David has not played in a FIDE rated event.

David is an active director of Genomics Plc, and 4D Pharma Plc.

As a writer David wrote a chess column for The Daily Telegraph and has written :

“The son of an electrician, Norwood graduated with a history degree from Keble College, Oxford University in 1988 before joining city investment bank Banker’s Trust in 1991.”

“Norwood cofounded Oxford Sciences Innovation, a £600m investment company dedicated to funding deep science from Oxford University, and was its CEO from 2015 to 2019. Formerly he was founder of IP Group plc, a fund that invested in spinoffs from Oxford University’s Chemistry department, in exchange for 50% of the revenues from the licensing of the department’s intellectual property.

David Norwood resigned all his directorships yesterday and is heading to a tiny island in the Bahamas, where he will write the novel

One of the City’s best-known entrepreneurs resigned all his directorships yesterday – to move to a desert island, where he plans to become a writer.

David Norwood, a former chief executive of the stockbrokers Evolution and Beeson Gregory, resigned from the boards of a number of companies, including Oxford Advanced Surfaces, ORA Capital, Oxeco and Plus-listed Green Chemicals. He has also given up his role as special projects director at IP Group, the intellectual property commercialisation company, which he started eight years ago and floated on AIM in 2003. Shares of all five companies fell after the news was released.”