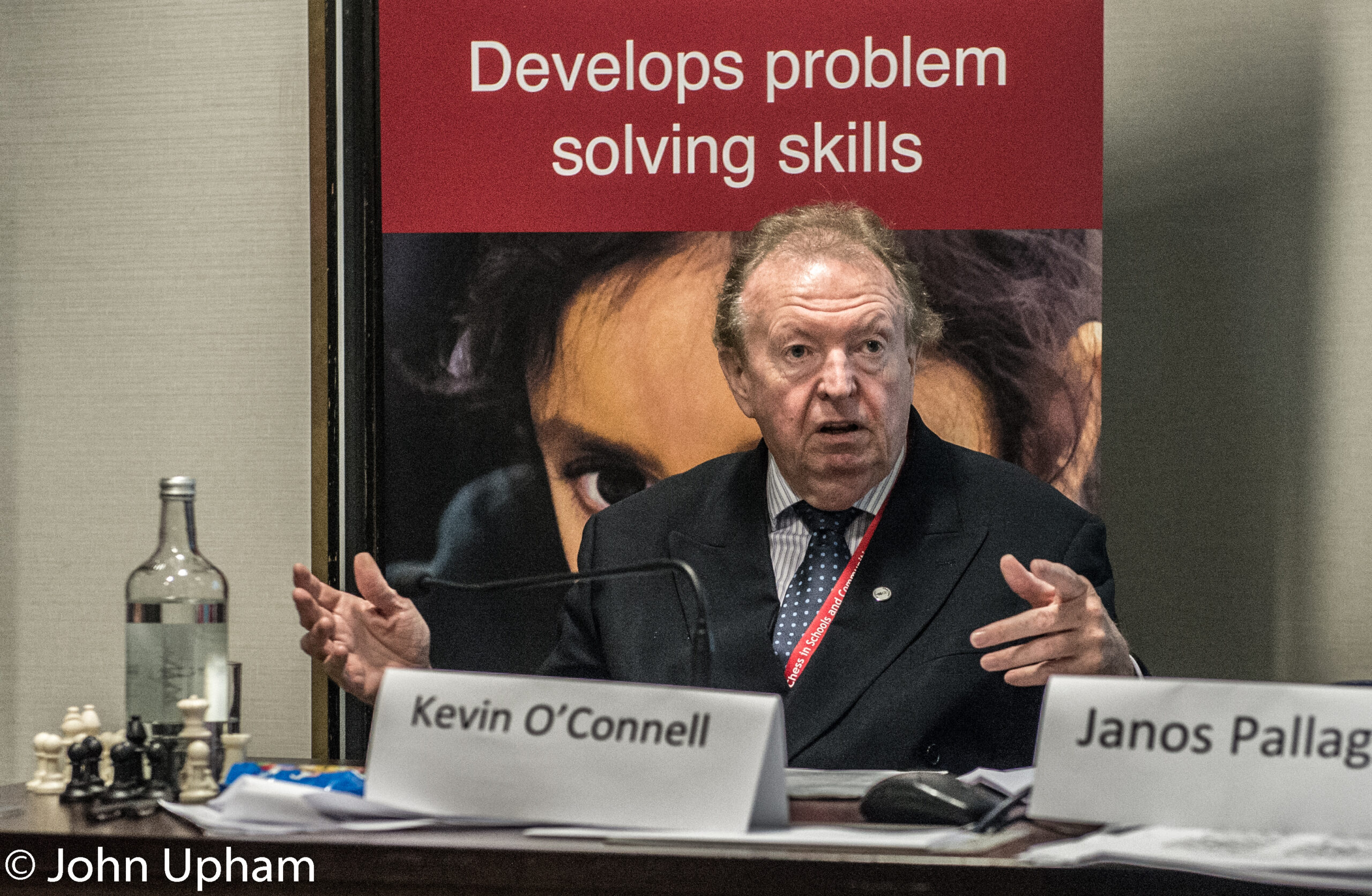 According to The Games of Robert J. Fischer :

“Kevin is an Essex county player and bulletin editor”.

According to How to Play the Sicilian Defence :

“Kevin O’Connell is editor of the FIDE Chess Yearbook, author of many other chess books and chess columnist of London’s Evening News”

Harry Golombek wrote in The Observer Magazine (about The Batsford Chess Yearbook 1975/6) :

and Leonard Barden wrote (of the same book) :

Kevin became a FIDE International Arbiter (IA) in 1998. He is the FIDE Delegate for the Republic of Ireland and is Honorary Chairman and Secretary of the FIDE Chess in Education Commission (EDU). He is also a FIDE Senior Trainer.