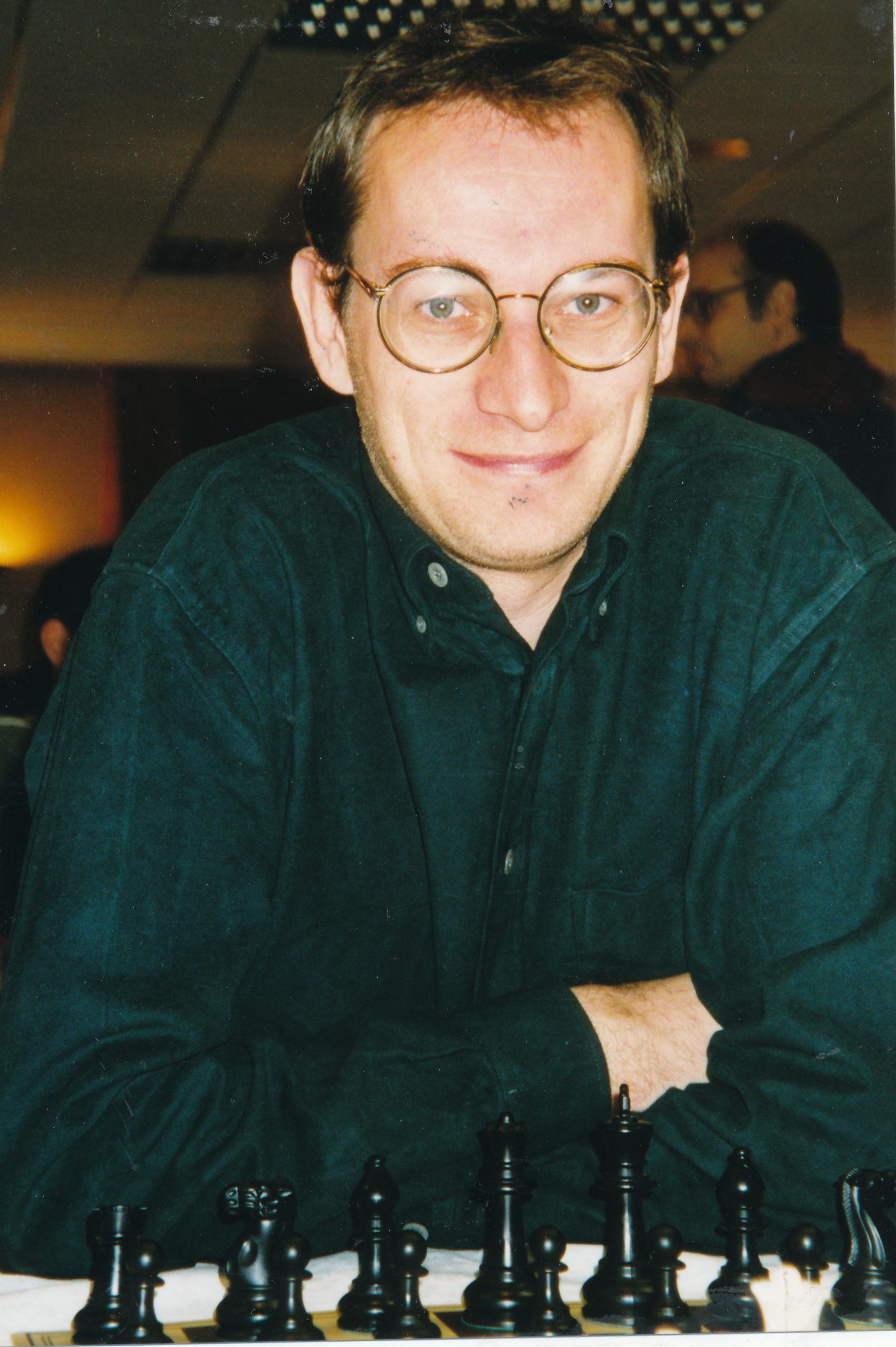 Andrew Peter Harry Kinsman was born in North East Surrey and grew up in Kingston-Upon-Thames near Kingston Hospital (thanks Richard James!). He was a member of Richmond Junior Chess Club.

Andrew was a member of the University of Sussex chess team in 1983 along with IM Byron Jacobs. Andrew became an editor of chess publisher BT Batsford Ltd. following in the footsteps of Bob Wade, Paul Lamford and others.

He made his first Grandmaster norm with his victory in the 1997 Owens Corning International in Wrexham.

Andrew’s peak rating was 2430 in January 1998. He played for Guildford in the Four Nations Chess League and for Wimbledon in other leagues. His last ECF grading was 222D in July 2002 and highest may have been 230B in July 2000.

He left chess and turned to poker becoming a successful player and author and was married to Pauline. They lived in Ditchling Rise in Brighton.

With the white pieces Andrew was consistently a d4 player with the occasional Nf3 thrown in. He played a “slow” Queen’s Gambit (Nf3 inserted before c4) and the Trompowski Attack for variety.

As the second player Andrew played the French Winawer and the Benko Gambit.

Andrew is registered for both Wimbledon and Guildford and represented Wuppertal in the Bundesliga. Andrew’s most recent appearance in 4NCL was the final weekend of the 2001/2 season beating JA Toothill.

He has written several books on chess (and poker) as follows :