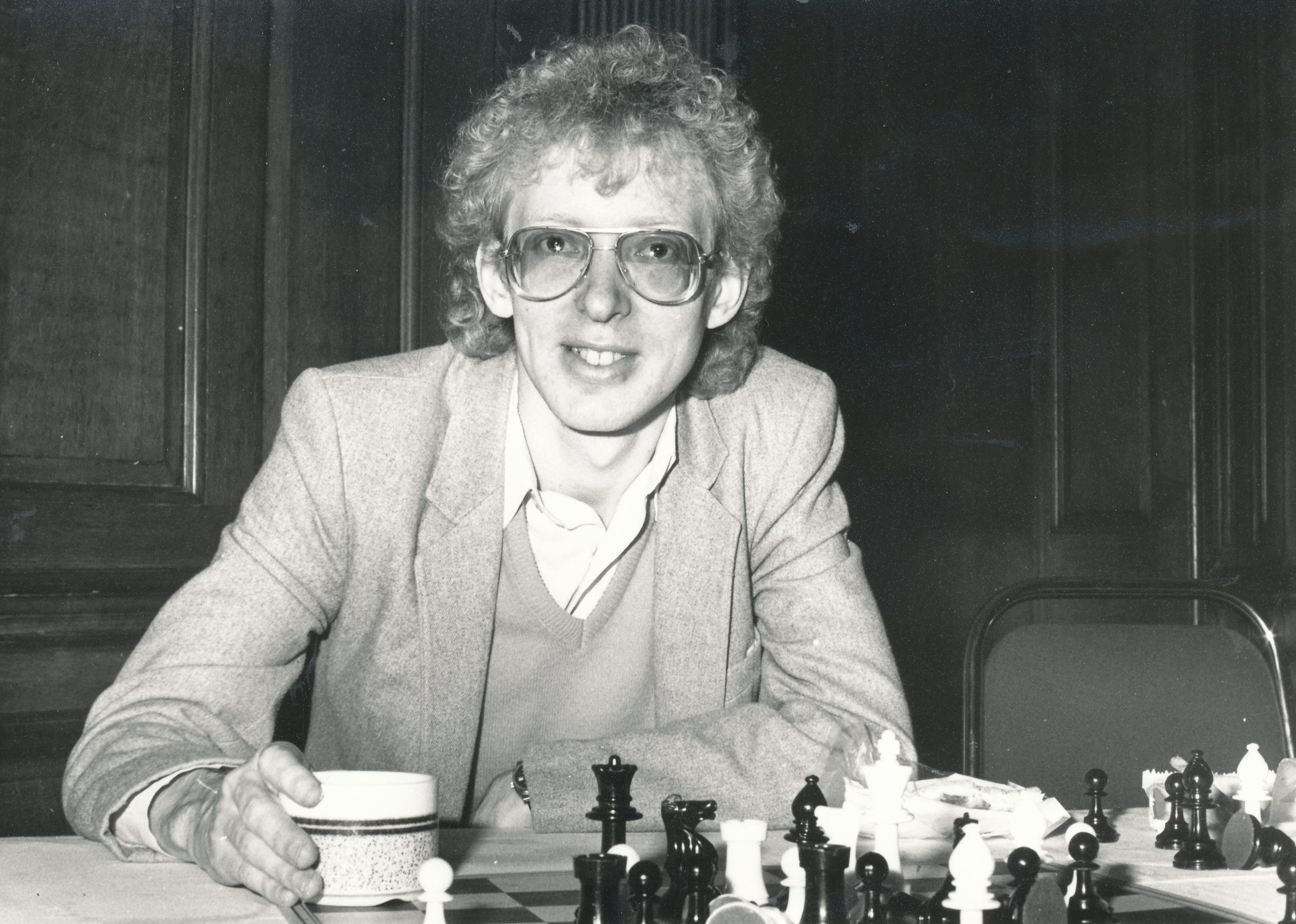 “International Grandmaster (1983), a New Zealander who settled in England at the age of 15. subsequently playing for his adopted country in the Lucerne Olympiad, 1982. He scored +4=6 to share first prize at New York 1980, came second (+5=5 — 1) equal with Hort at Dortmund 1983, and scored +5 = 6 (a GM norm) to share first prize at Amsterdam 1983, a Swiss systemtournament. Chandler has edited the magazine Tournament Chess since its inception in 1982.”

“Murray Graham Chandler was born in Wellington, New Zealand. He was awarded the IM title in 1977 and the GM title in 1982. He was joint New Zealand Champion in 1975-76 (shared with Lev Isaakovich Aptekar and Ortvin Sarapu) and joint Commonwealth Champion in 1984. His best tournament results were 2nds at London 1984, London 1986 and Amsterdam 1987 and he has played both for New Zealand (1976-1980) and England (1982-86) in the Olympiads. He edited Tournament Chess for a time from 1981 onwards and as well as writing he became the managing director of Gambit Publications.