An event every year that begins at 12:00 am on day 12 of December, repeating indefinitely 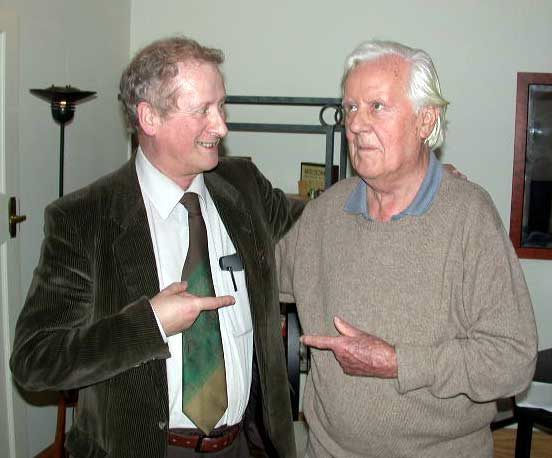 We remember David Pritchard who passed away on Monday, December 12th, 2005.

David Brine Pritchard was born on Sunday, October 19th, 1919. On this day the first US Distinguished Service Medal was awarded to a living female recipient, Anna Howard Shaw.

He was born in Wandsworth taking his mothers’  Winifred maiden name of Brine (as was customary in those days). His father was Arthur Pritchard (DoB : 4th January 1890) and he was the managing director of an Engineering Company. Arthur and Winifred married in Maidenhead, Berkshire in 1917.

At the time of the 1939 census David was a chiropodist and recorded as single and living in Munee Cottage, Main Street, Bedford. Main Street appears to have been renamed to Main Road which is in Biddenham. It is likely DBPs cottage was something like :

During the second world War David joined the Royal Air Force and was stationed in the Far East and following the war, he switched to intelligence work also for the RAF. He attained the rank of Squadron Leader and played much chess during this period of his life.

(Ed : This was the first chess book of this article’s author and was thoroughly consumed!)

Chessplayers – and this must be whispered – are generally an egotistical, ill-mannered crowd. If they conformed to common rules of decorum these words would not have to be written

I once carried out a private survey at a well-known chess restaurant where a large number of ‘friendly’ games are always in progress. In less than 30 per cent of those observed was resignation made with a good grace. In two-thirds of the games the loser either knocked his king over, abruptly pushed the pieces into the centre of the board, started to set up the men for a fresh game, or got up and walked away without saying a word to his opponent.

He married Elaine Saunders in 1952.

Elliot Right Way Books was an excellent choice of publisher for David and only 36 minutes by car from his new home in Godalming.

Visiting https://www.chesshistory.com/winter/winter97.html you will find two images of David and Elaine playing chess in Singapore.

David and Elaine had a daughter, Wanda on March 21st 1958. She became Wanda Dakin who was also a chess player. Wanda attended Guildford High School for Girls and then Royal Holloway College, Egham.

From the British Championships, 1959 in York we have this sparkling game with Frank Parr :

By now David had developed an  interest in chess variants and board games in general.

He played in and won (several times) the Battle of Britain Chess Tournament : DBP was the organisations President.

Here is an interview compiled by Hans Bodlaender about David’s Encyclopedia of Chess Variants :

Particularly interesting was this Q&A :

Do you think computers and the Internet will have effect on chess and on chess variants? If so, in what way?

I think that the Internet will inevitably introduce chess to more players but I forsee chess variants, because of their novelty, benefitting in particular from publicity on the net. I expect variants to gain more and more adherents in the future.

David was preparing a second edition before he passed away. This was completed and made available on-line by John Beasley.

and here is the exceptional interior with games room :

At the time of his passing he had five grand children.

“David Brine Pritchard (19 x 1919 Streatham, London – 12 xiii 2005, London) has died following a fall . He was a strong amateur player and a successful author of books on chess and other games.

David Pritchard was a Squadron Leader in the RAF during the war and later rejoined it to work in intelligence. Whilst serving with the RAF he won the Malayan Chess Championships in 195, and he was also instrumental in the running the UK event known as Battle of Britain Tournament which attracted a strong field in its heyday and generated revenue for the RAF Benevolent Fund.

He was a dangerous. attacking played who scored a number of notable scalps in the British Championship including Penrose and Miles, without ever achieving the consistency required to challenge for the leading positions.  He won the Southern Counties championships in 1959 and 1966.

As an author, Pritchard’s most successful book was The Right Way to Play Chess (Elliott, 1950, with numerous reprints). which is still to be found for sale in many British bookshops.

He will also be remembered as a leading authority on chess variants : he was reported to be in the process of preparing a second edition of The Encyclopedia of Chess Variants (1994) at the time of his death. He was also a very good correspondence player, an inventor composer of chess puzzles of all sorts (some of which appeared in BCM) and his interest in Fairy chess dated back to the 1940s.

His wife Elaine Pritchard, the leading woman player of the 1950s and 1960s, and their daughter Wanda (who also played competitive chess) survive him. We send them our condolences on behalf of BCM and its readers.”

He was a leading member of Godalming Chess Club and played in the Surrey Border League.