Birthday of GM Julian Michael Hodgson on his birthday, this day July 25th) in 1963. 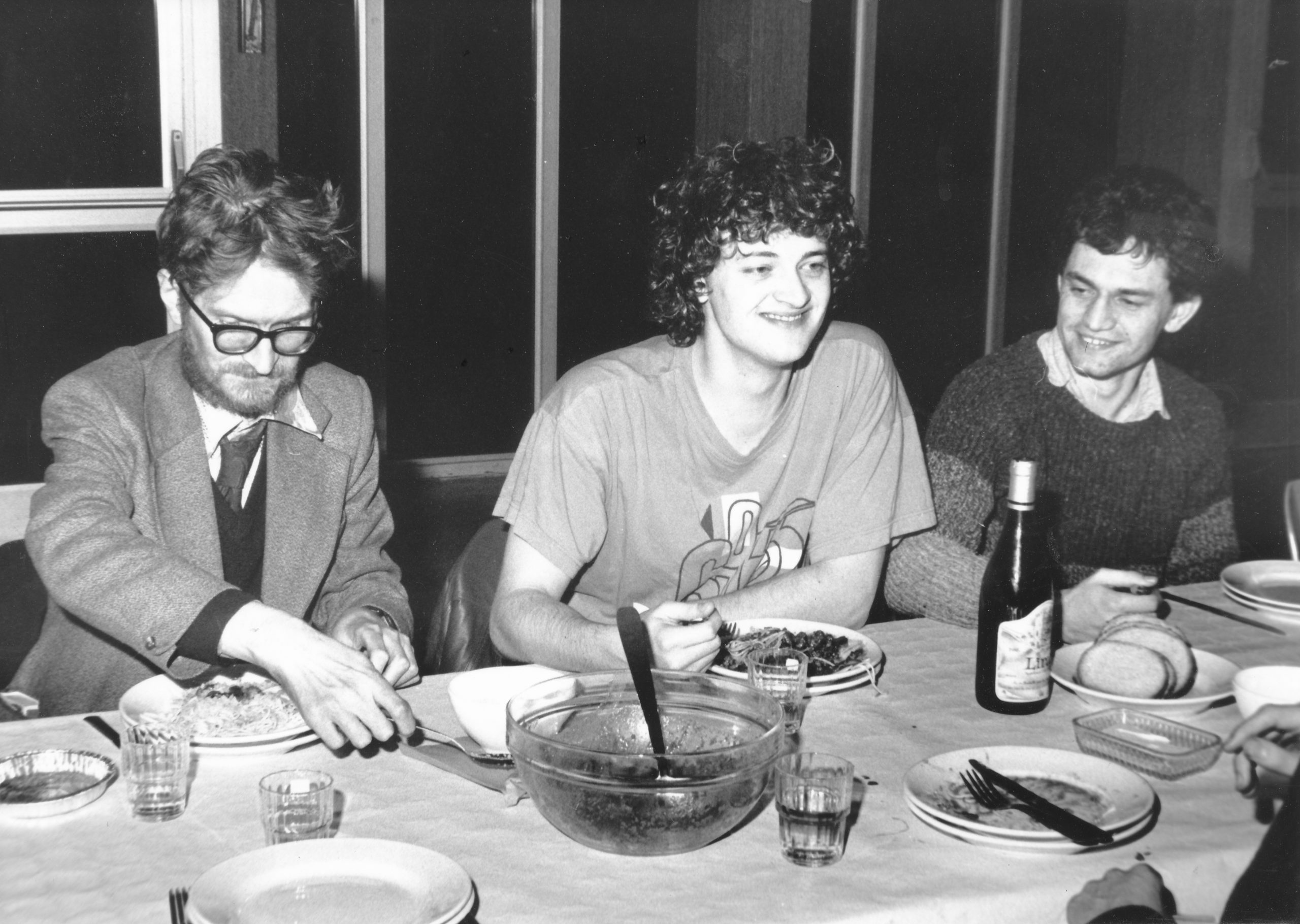 This is what was written about Julian prior to the 1979 Spassky vs the BCF Junior Squad simultaneous display : “St Paul’s and Shepherds Bush. Rating 210. Standard London Amateur Champion at age 12, 1975.

Julian was Southern Counties (SCCU) champion in the 1997-98 season.

Julian has claimed that he is a descended from the (in)famous “hanging judge” Jeffries !

Julian is the in-house chess teacher at Westminster School.

Aside from more formal achievements, he developed a sharp, relentless, attacking style of play and against lesser opponents this frequently resulted in devastating quick wins, earning him the epithet “Grandmaster of Disaster”.

Hodgson’s greatest legacy as a chess player may however lie in his resurrection of an almost forgotten opening system. The Trompowsky Attack (1.d4 Nf6 2.Bg5) had floundered in the doldrums for many years, prior to his adoption and development of the opening. In interviews, he reveals that this was born out of laziness and a reluctance to learn established chess opening theory. It soon became his weapon of choice with the white pieces, leading to a surprising popularisation of the system, the spawning of a whole generation of devotees and ironically, a number of theoretical guides, containing a high quota of Hodgson’s own games and analysis. Indeed, his expert treatment of the system once prompted fellow grandmaster Joe Gallagher to write that it should be renamed the Hodgson–Trompowsky Attack, a view shared by many other masters. A chess journalist once wrote that Hodgson put the ‘romp’ into Trompowsky.

A related, but more obscure version of the system (1.d4 d5 2.Bg5), has been dubbed by some the Hodgson Attack and by others the Pseudo-Trompowsky or Queen’s Bishop Attack.