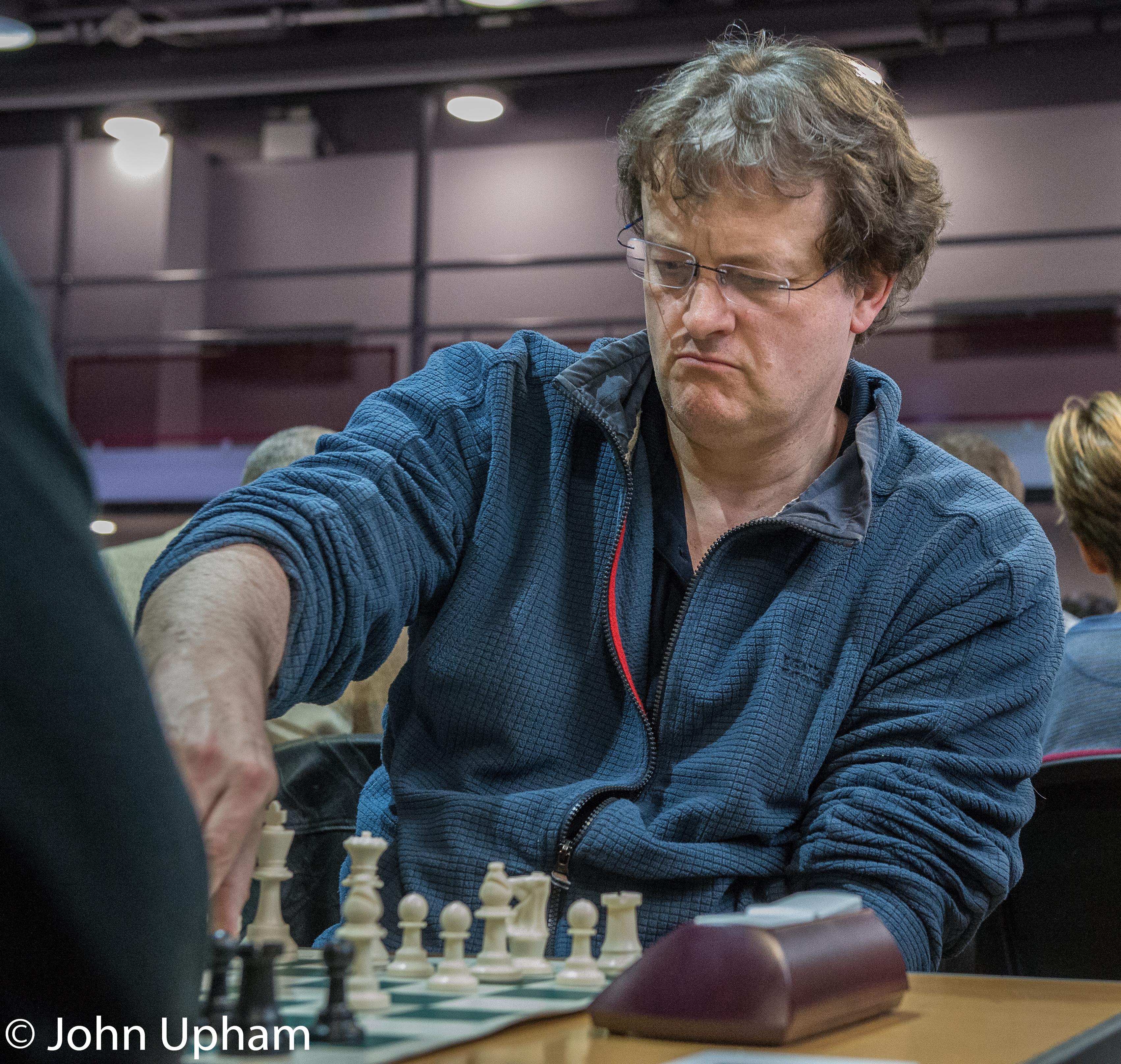 We send best wishes to GM Julian Hodgson on his birthday, this day July 25th in 1963.

Julian has claimed to be a descendent of George Jeffreys, 1st Baron Jeffreys and we are looking to establish this claim following further research.

Julian attended St. Paul’s School (See below) and then attended The University of Leicester for one year.

Julian married Lizette and David Norwood was his Best Man.

(Curiously both Felice and Gaige state Julian was born in Saint Asaph in Wales.)

Harry Golombek wrote this about Julian in a 1980 Dataday chess diary :

“I think that the first time I saw Julian Hodgson in play was some four years ago in a London tournament. Upon my arrival Leonard Barden told him that he must now be careful how he played as Golombek was watching.

“Who”, enquired the twelve-year old Julian, “is Golombek?”

I felt grateful at the time that he did not say who or what is Golombek but I tell this story chiefly to show the cheerful insouciance with which Master Hodgson treated all comers whether chess masters or chess rabbits.

Julian astonishing maturity as a player has been impressive ever since at the age of ten, he won the Southern Counties Under 14 Championships in 1973. Since then he has acquired a host of such championships culminating in the British Under-21 Championship in 1977.

Perhaps his most remarkable performance so far has been his equal 3rd in a strong challengers section at Hastings where he scored 7.5 out of 10. 1977 was a good year for him and here, from the Lloyds Bank Silver Jubilee Tournament of that year is his fine win over a strong opponent :

“Following a series of excellent results Julian, at the tender age of 11, became the second youngest ever to play in an international tournament when he took part in the London Chess Club International Invitation tournament in September 1974. Only Reshevsky had been younger. Julian’s first opponent was Michael Woodhams, an Australian international who had just scored 15.5/18 in the recent Olympiad (Nice)

The following year he became the youngest player ever to win the London Amateur Championship. A year later he reached a grading of 200 (BCF), only Reshevsky, Pomar, Karpov and Kasparov had done so at an earlier age.

By now he was at St. Paul’s School, which was in the process of becoming one of the strongest chess playing schools in the country. In 1977 he shared first place with WN Watson (also St. Paul’s) in the British U21 Championship. Progress was however not as fast as had at one time been anticipated

It was at Ramsgate, late in 1980 before his first IM norm. A month later he finished second in the Hastings Challenger. Other good results followed in 1981. First he was selected for the Glorney Cup and shortly afterwards did well to come fourteenth in the British Championship (Morecambe). He represented England in the World Youth Team championships scoring 4/6. His second IM norm followed when he shared fifth place at Manchester in the same year. Good results in weekend congresses meant that he finished fourth in the Leigh Grand Prix. The year had finished with Julian needing a draw in the last round at Ramsgate to get his title. He lost and was to wait another 12 months to achieve his final norm.

When the final norm came it arrived out of the blue. With a score of 2.5/5 at Lewisham in November 1982 the chances seemed remote, 3.5/4 was required against a strong field and it even seemed doubtful whether he could actually play those he needed to play. He scored 2.5/3 and now had to play Jon Tisdall, who still had a chance of winning the tournament.

Julian finished second equal in the tournament behind Jim Plaskett who had beaten him earlier.

The next six weeks saw Julian come equal first in the Pergamon sponsored British Lightning championship, a highly creditable sixth in the Nightflight International at Brighton (equivalent to an IM rating) and second place yet again in the Hastings Challengers.

He left Leicester University after just one year preferring to concentrate on chess.

He plays fairly regularly for Streatham & Brixton Chess Club which encouraged juniors for several years. Daniel King is another junior who also played frequently for Streatham. ”

This is what was written about Julian prior to the 1979 Spassky vs the BCF Junior Squad simultaneous display : “St Paul’s and Shepherds Bush. Rating 210. Standard London Amateur Champion at age 12, 1975.

Julian was Southern Counties (SCCU) champion in the 1997-98 season.

Julian has claimed that he is a descended from the (in)famous “hanging judge” Jeffries !

Julian is the in-house chess teacher at Westminster School.

Aside from more formal achievements, he developed a sharp, relentless, attacking style of play and against lesser opponents this frequently resulted in devastating quick wins, earning him the epithet “Grandmaster of Disaster”.

Hodgson’s greatest legacy as a chess player may however lie in his resurrection of an almost forgotten opening system. The Trompowsky Attack (1.d4 Nf6 2.Bg5) had floundered in the doldrums for many years, prior to his adoption and development of the opening. In interviews, he reveals that this was born out of laziness and a reluctance to learn established chess opening theory. It soon became his weapon of choice with the white pieces, leading to a surprising popularisation of the system, the spawning of a whole generation of devotees and ironically, a number of theoretical guides, containing a high quota of Hodgson’s own games and analysis. Indeed, his expert treatment of the system once prompted fellow grandmaster Joe Gallagher to write that it should be renamed the Hodgson–Trompowsky Attack, a view shared by many other masters. A chess journalist once wrote that Hodgson put the ‘romp’ into Trompowsky.

A related, but more obscure version of the system (1.d4 d5 2.Bg5), has been dubbed by some the Hodgson Attack and by others the Pseudo-Trompowsky or Queen’s Bishop Attack.