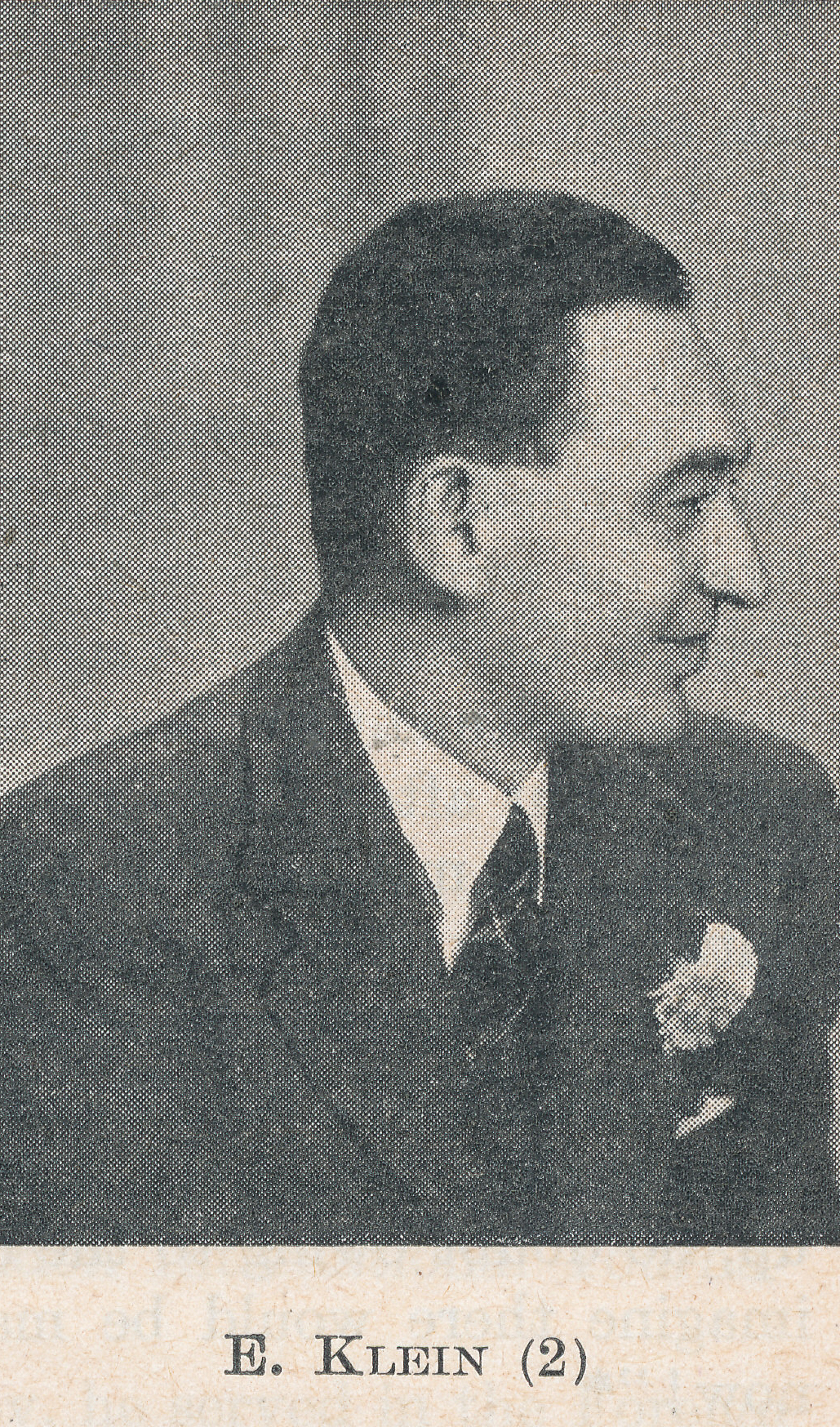 From CHESS, July 1946 (and also The Anglo-Soviet Radio Chess Match) :

Since Ernst Klein came to England in 1935 his play has earned our ungrudging admiration. Born in Vienna, 1910, he learned chess at the age of eleven. His grandmother taught him the moves, his father having died when he was eight. Steinitz was a frequent guest in his grandparents house. At eighteen, he shared first, second and third prizes in the Championship of Vienna. Before coming to England, he had lived for some years in Switzerland, France and Italy and his French, German and English are equally impeccable. In his last tournament at Bournemouth, in 193, he finished equal with Flohr after Euwe ahead of König, Landau, Aitken and others. He met his wife, who is an Englishwoman, during the blitz. They were married in 1944. He holds a London University degree and teaches mathematics in Southend.

About 1940, he offered to give any opponent in Great Britain the odds of the draw.; his challenge was never taken up, no doubt owing to the conditions of the moment, but we imagine there would be many “takers” if it were repeated now.”

Later, Klein clarified matters by writing What I said was: “I am ready to accept the challenge of any player in this country and am prepared to give the odds of a draw in a contest at least twelve games if he so wishes. That is, I offered to concede victory on a score of 6 : 6 draws counting, which is the necessary and sufficient condition to justify my offer. It is still open.