Here from the massively loved publisher from the US comes yet another historical chess book, this time about a player best known in thought and word but not, as things stood before publication, deed. Golombek (1981) gives him half-a-page, Whyld/Hooper (1996) just over a page and Sunnucks (1976) less than two pages, with no photo or game at all; Whyld/Hooper manage a game but without notes.

This is the third McFarland work from the growing reputation of Belgian FIDE Master, Hans Renette starting with H.E. Bird: A Chess Biography with 1,198 Games and 2016 and following up with Neumann, Hirschfeld and Suhle which were both exquisite productions.

Louis Paulsen’s (1833-1891) tombstone is shown in this massive tome, a modest tribute to a most gifted and far seeing chess master, his innovations in the Leningrad Dutch and Sicilian still, one hopes, ringing down the ages. Did time stand still for a player unfettered by use of a chess clock? Certainly Paulsen attracted criticism for the slowness of his moves but, in retrospect, they were (of course!) worth waiting for.

This massive collection includes friendly games, contemporary comments, photographs, line drawings, blindfold clashes, simul encounters, any number of Evans’ and King’s Gambits. At random, I select 1862 when Paulsen drew a match 4-4 with Anderssen himself, a photo from the late Lothar Schmid’s massive archive supplies a little colour. Same year, Louis comes 2nd= with John Owen with both masters outdistancing even Steinitz, who was yet to find his (World Championship) form.

CHESS & BRIDGE have been offering this book for nearly sixty pounds and copies, believe me, won’t hang around. An investment.

So, in sum, a wonderfully produced record with no detail spared and every stone turned, dated, displayed. I have run out of superlatives.

With thanks to Olimpiu G Urcan for his corrections.

Cyrus Lakdawala is an IM and former US Open Champion who teaches chess and has written over 25 books on chess openings.

The Petroff (or Petrov or Russian) Defence has long been regarded as one of the most solid replies to 1.e4. The most prolific player of the Petroff is Artur Yusupov, a Russian Grandmaster who had played it in around 200 games according to MegaBase 2019.
Vladimir Kramnik , Anatoly Karpov and Boris Gelfand have also used the Petroff many times whilst recently Fabiano Caruana has made it one of his most important and reliable defences.

This is a repertoire book from the Black perspective and therefore does not include all possible black variations but it does provide clear recommendations for dealing with the White variations.

Following the Introduction we have six in-depth chapters as follows :

Each and every chapter starts with a summary of the variation to put the reader into the right frame of mind.
The author kicks-off in detail by examining the somewhat swashbuckling Cochrane Gambit where, after the moves 1.e4 e5 2.Nf3 Nf6 3.Nxe5 d6 White boldly sacrifices a knight with 4 Nxf7?!. The author concludes that the Cochrane Gambit is dubious and Black has excellent winning chances (which you would expect no doubt).
He backs this up by showing how Black should play after 4…Kxf7 when White has three sensible moves 5.d4 5.Bc4+ and latterly 5.Nc3 (which was played in a rapid game by Vasily Ivanchuk) : all 3 games were won by Black who wins a piece for 2 pawns. According to MegaBase 2019, the gambit scores an amazing 58.8% for white over 910 games so in practise (as opposed to theory) it does pretty well !

Next, we turn to the Scotch Petroff in which White plays 3.d4 when 3…Nxe4 is recommended.
Two main lines are given, the first being 4.d4xe5 d5 5.Nbd2 where, in the game Vitiugov v Caruana 2018, Black played 5…Qd7 and excellent annotations are given as to why this move equalises fully.

The more popular 5 Nc5 is also examined in detail and,
more often than not, more than one playable line is given for the reader to choose from.

Following the examination of 3.d4 Nxe4 4.Bd3 d5 5.Nxe5 Nd7 Laznicka v Shirov 2006 is discussed in detail and this is an interesting game in which Black was able to win from a lost position.

The opening however was again fine for black.

In Chapter three the author pitches into, what most would consider as THE main line i.e. 3. Nxe5 which is played in 53% of games in MegaBase 2019.
Cyrus recommends 3…d6 4.Nf3 Nxe4 5 d4 d5 6 Bd3 Be7 7 00 Nc6 as most promising for Black.
The main line here is 8.c4 and ten games are annotated in detail. The most prominent players of the black pieces include Vishy Anand and Anatoly Karpov. The following game is annotated in detail :

Other popular moves (8. Re1 and 8.Nc3) are also considered in the same lengthy main chapter.

So called off-beat or side lines are covered in Chapter Four the most important of which is 3.Nxe5 d6 4.Nf3 Nxe4 5.Qe2 which the author labels “The Dull Variation” but, as Cyrus points out, it is a likely choice for the White player if he or she is greatly outgraded and happy to halve the point. However, as in the game Luke McShane v Ba Jobava, Black managed to out dull the dullness by winning!

The so-called “New Main Line” is considered in Chapter Five and this is 3.Nxe5 d6 4.Nf3 Nxe4 5.Nc3 which, somewhat famously, is the usual choice of Magnus Carlsen (and Alexei Shirov) when battling the Petroff. The usual consequence of adoption of a line by the World Champion is that the variation becomes popular at “club level”. (Editor : This also happened to the currently trendy new main line of the London System : 1.d4 d5 2.Bf4 Nf6 3.e3 c5 4.c3 Nc6 5.Nd2).
The chapter launches by detailing a recent (2018) Carlsen v Caruana game where again, black equalises and draws the game.

The final chapter covers the Three Knights Variation in which White essays 3.Nc3 and Black usually replies 3…Bb4 : of course, he or she could also try 3…Nc6 transposing to a Four Knights Game.

From the BCN Editor :
As with every recent Everyman Chess publication high quality paper is used and the printing is clear. Each diagram is clear as is the instructional text. Figurine algebraic notation is used throughout and the diagrams are placed adjacent to the relevant text.

A couple of small gripes with the production are : the diagrams do not have a “to move” indicator. secondly, some Everyman books (but not this one) have an extra folding part to the front and rear covers. These we find protect the book from damage and also can be used as an emergency book mark !

So, what do we think ?
This is an excellent book with 58 games often by world class players given lots of analysis and discussion of ideas.The author sets many exercises (tactical and strategic) for the reader to work through making the book more interactive than many.
Of course, it is mainly written from the Black perspective as most presented games are won by Black perhaps making the reader wonder why 2…Nf6 is not as popular as 2…Nc6 : maybe it soon will be !

Simon plays for Hertford and Barbican in the Four Nations Chess League.

As the second player he plays the French Winawer and the Grünfeld Defence. 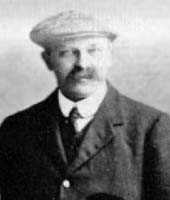 We send best wishes to WFM Sarah Natasha Longson (née Hegarty) on her birthday this day, (October 2nd) in 1988.

In 2016 Sarah and partner FM Alex Longson made a successful bid for ownership of the UK Chess Challenge which was auctioned by the bankruptcy receiver of IM Mike Basman, the previous owner.

Sarah and Alex have modernised the UKCC considerably especially in the areas of communications an usage of IT.

According to the ECF Sarah’s nominal club is Marple but she also plays for Stockport and 4NCL 3Cs.