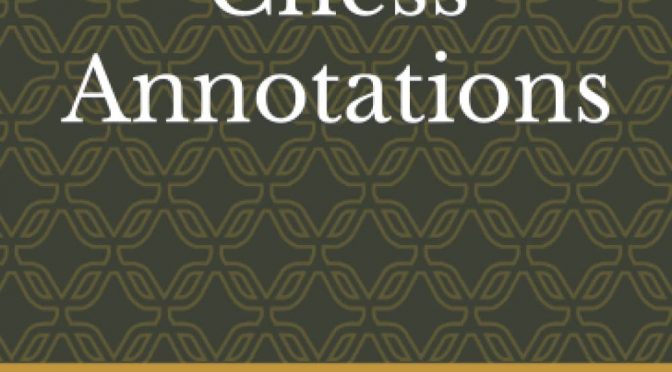 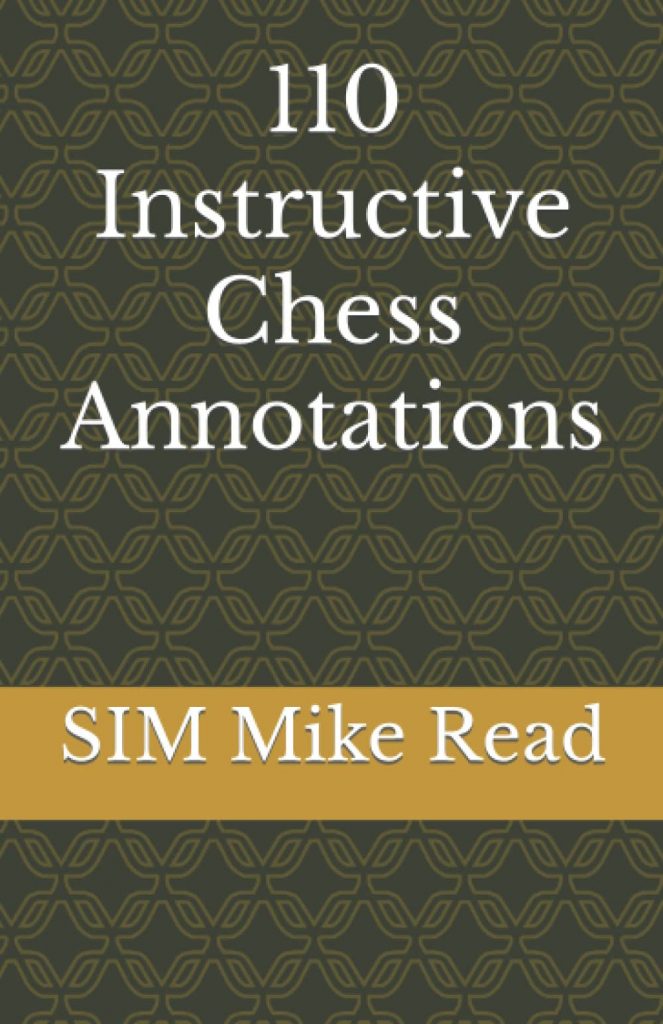 From the back cover:

Senior International Master Mike Read competed 115 times for the England and Great Britain teams at correspondence chess, including playing on board one for England in the 13th Olympiad.

In this, his fourth book, he aims to instruct his readers by dissecting 110 games played by local players at all levels of chess. In doing so, he isolates typical mistakes and explains the methods of taking advantage of them.

Philidor wrote that pawns are the soul of chess. In one sense, yes, but in another sense  the soul of chess is the mass of club and tournament players, without whom the chess world wouldn’t function.  Yes, it might be inspirational to look at games played by top grandmasters, but it’s always been my view that club standard players will learn more from games played at their level than from GM games.

Mike Read shares my opinion. Here’s how he starts his introduction.

One of the surest ways for a club player to improve his playing ability is to study annotated games featuring players of similar strength to themselves. The mistakes, and the instructive methods of taking advantage of them, will be familiar to them from similar happenings in their own games. Meanwhile the notes to such moves will educate the aspiring player in both how to avoid typical errors, and also how to take advantage of them when it is his opponent who is unfortunate enough to err.

Mike was a strong junior in the 1970s who graduated to correspondence chess which he played with great success up to the year 2000, playing on top board for England and obtaining the title of Senior International Master. You don’t get to that level without being an excellent analyst.

It is reasonable for the reader to enquire as to why my correspondence chess career ended at a time when I was still being reasonably successful. The truth is that, during the 1990s, I suffered three nervous breakdowns. I managed to continue to keep on competing during the first two of these and, in fact, had my most successful chess years during the second of them, even though I was barely capable of coping with even the simplest aspects of day to day life. However my third breakdown, which occurred in the period 1999 to 2000 was too much for me to deal with and I was forced to abruptly retire from the game that I love at the beginning of the new millennium.

I was in an absolutely desperate situation at this time, but chess was to prove to be a major factor in my eventual recovery. A number of local players, recognising the severity of the predicament that I was in, made a great effort to assist me and get me out of the house where I had been languishing alone for several months. I do not feel I would ever have recovered, had it not been for the support of the Norfolk chess community.

Contained within these pages are 110 games, played by Norfolk players of all strengths from superstars of local chess such as John Emms, Owen Hindle and Robert Bellin down to some of the county’s lower graded (but still very talented as you will see!) enthusiasts. All of the games I have included feature top quality opportunities for the aspiring player to learn a lot, and all also feature some very fine chess!

The book is published through Amazon: Mike Read is selling it as cost price as he has no interest in collecting royalties from its sales.

The games are presented, unusually, in ECO code order, so you get all the Sicilian Defence games, for example, together. The annotations, which were produced without computer assistance, are excellent, scoring highly for both clarity and accuracy as well as instructive value. Many readers will, like me, appreciate the human touch. If you look at the sample pages on Amazon you’ll get some idea of their flavour.

Most of them are tactical, often involving spectacular sacrifices, which will delight anyone (and that probably means all of us) who enjoys combinative play.

This was the first game Mike analysed. He witnessed it taking place and decided to annotate it to thank his friend Grant Turner, who had helped and supported him during his breakdown. (If you click on any move you’ll be able to play through the games in this review on a pop-up board.)

Another of Mike’s friends, Brian Cunningham, was responsible for the production of this book. In this game he demonstrates that the Stonewall Attack can be a potent weapon at lower club level.

At the other end of the spectrum, here’s a game played by Norfolk born GM John Emms.

I know many readers enjoy collections of games played at amateur level, finding them both more entertaining and more instructive than higher level encounters. If you’re one of these you’ll be entranced by this book.

There are also many readers who like to support authors who prefer to self-publish their books. An admirable sentiment, I think, and if you fall into this category, again you certainly won’t be disappointed.

The word that first comes to my mind when considering this book is ‘generous’. Mike Read generously offers this book at cost price. The size is generous, his tributes to his friends who saved his life after his third breakdown, scattered within the introductions to these games, are also generous. The annotations are also generous in every respect. Mike is generous in his comments about the winners’ play, and also, very often, about the losers’ play as well. You might think that a more critical approach might have made the annotations even more instructive, but this would have been out of place given that they were originally written for a local chess magazine.

Anyone rated between, say, 1000 and 2000 will certainly learn a lot from this book, but stronger players will also benefit. And anyone who just enjoys playing through entertaining games will, like me, fall in love with this book. Don’t be put off by the title, which makes it sound rather dull and didactic (didactic, perhaps, but certainly never dull), or the lack of an illustration on the front cover. It’s what’s inside the book that really matters.

At another level, the book is also a wonderful tribute to all Mike Read’s friends within the Norfolk chess community (a few of whom, sadly, are no longer with us), who helped him when he was going through a very difficult time. Many will find Mike’s story inspirational, and that, again, is a powerful reason why you should buy this book.

It’s my view, and I’m sure Mike, even though he was a chess champion himself, would agree, that, ultimately, chess is less about prodigies, champions and grandmasters, but about forging friendships and building communities of like-minded people who enjoy the excitement, beauty and cerebral challenge of chess.

I’d urge all readers of this review to do themselves a favour, and do Mike a favour as well, by buying a copy.  I really enjoyed this book, and I’m sure you will too. The Amazon link is here.

One thought on “110 Instructive Chess Annotations”